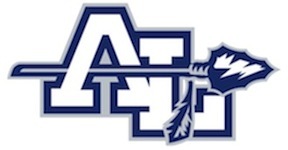 Last season the Alta Loma football team finished third in the Mt. Baldy League. In past years third place was good enough to advance to the postseason but not under the new formula instituted by the CIF last season.

So the Braves (5-5 overall, 3-2 in league last season) head into the new season hungry. It’s also the third year for coach Mark Pasquarella so expectations are higher.

“We really thought we were going to get in last year,” the coach said, “The kids really wanted that so they are a little hungrier.”

Much of the reason for the optimism is the strength of the defense as the Braves graduated just three starters. Leading the charge is senior nose tackle Kingston Toki, whose shorter stature might be the only thing keeping him from landing him a spot at a high profile Division I school.

“We’re really going to depend on our defense a lot until the offense gets its feet on the ground and moving,” Pasquarella said. “We have a lot of guys back with a lot of experience so it’s where we expect to be strong.”

Pasquarella also singled out senior Darin Taylor, who played as a freshman but has not played since, choosing instead to focus on baseball.

The biggest change in the offense is that Pasquarella won’t be using two quarterbacks. He did that last year alternating Garrett Kettle and James Josiah with both playing in all 10 games and passing yardage evenly distributed but Kettle has graduated and it is Josiah, a senior, in full control of the offense now.

“He has good leadership skills and he has really matured into that role,” Pasquarella said of his quarterback, “We think he is going to have a good year.”

The offensive line has returning starters in seniors Dylan Vanderkallen and Troy Woods and junior Izaya Spann.Newcomer Gabe Owens, a junior, will help out at center.