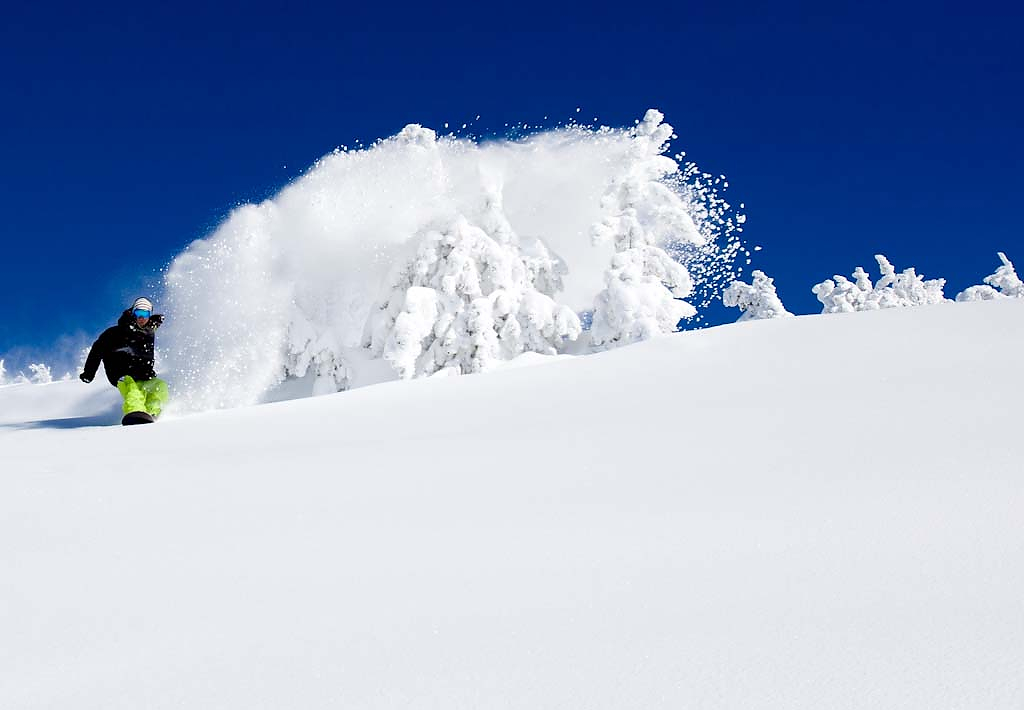 Every spring, we used to ski at Mammoth Mountain. It became a tradition to hit the slopes near Bishop at the end of the ski season

We could drive to Mammoth Lakes, the price of lift tickets was reasonable and the ski resort offered a wide variety of terrain.

One year, summer arrived early, melting the snowpack and ruining the ski runs. Unfortunately, it also ruined my skis, so I began to look elsewhere for ski week.

We even traveled to other countries, skiing Lake Louise and Sunshine in Calgary, Whistler outside Vancouver and Mt. Tremblant in Quebec.

As our confidence and income grew, so did our ski ambitions. They peaked on trips to Innsbruck in Austria, St. Moritz in Switzerland and Oberstdorf in Germany.

Skiing became a travel adventure, giving us the chance to experience other countries and their cultures. Then the recession hit. Like everyone else, we cut back on our vacations.

So we returned to Lake Tahoe for our winter escape. The snow was deep and the weather mild, giving us a wonderful week of skiing at Heavenly, Kirkwood and Sierra-at-Tahoe.

After a decade-long absence, we thought it might be time to return to Mammoth Mountain, our old stomping grounds.

To keep costs and liftlines down, we picked the week after New Year’s in 2011 for our visit. The holiday crowd would be gone and most families would be short of cash because of Christmas.

The week before our trip, Mammoth Mountain received a record 10 feet of snow in four days. In fact, the mountain got 209 inches that December, giving the resort 22 feet for the season.

At one point, the road from Los Angeles to Mammoth was shutdown. And chains were required in Mammoth Lakes.

We didn’t want to buy new chains for our car. And no one was looking forward to a six-hour drive from Los Angeles.

The Audi only gets 25 miles per gallon, so we figured it would cost at least $100 when gas prices were much lower than they are today. Alaska Airlines was charging only $99 roundtrip for the flight to Mammoth.

So we decided to fly. Sure, the airline charges for your skis and snowboards. But we had given up dragging our skis through airports, preferring to take our boots and renting new demos.

That way we can try out the latest equipment. And most shops will store your skis at the resort so you don’t have to drag them back and forth.

In fact, that’s exactly what we did. We got our skis at the mountain, then left them at the shop every night. The main Mammoth Mountain Lodge even has new digital storage lockers that allow multi-day rentals.

Select a four-digit code and everyone in your party can all get into the locker throughout the day. With multi-day rentals, we could even leave our ski boots overnight.

After breezing through airport security, we boarded the large turboprop. An hour later, we arrived at Mammoth Mountain. That sure beats the long, boring drive. Taxis were lined up to take us to the hotels and condos.

I was shocked by how large Mammoth Lakes has grown over the years. Families can rent everything from motel rooms to huge condos.

The Village section reminded me of the many Intrawest ski resorts we have visited over the years. I remember staying at the Mammoth Mountain Inn many years ago. While the rooms are small, the A-frame hotel is right on the slopes.

When we stopped at the lodge later, I was impressed to find the inn has gone from simple rooms to condos and suites.

Even the lobby, restaurant and bar looked like they had just been renovated with the de riguer antler chandeliers and rustic wood decor.

When I dropped into the gameroom I expected some old arcade games and air hockey tables. Instead, I found five gaming stations with 40-inch flat-screen televisions and rocker chairs by AK Designs. Systems included PlayStation2, XBox and Nintendo GameCube, as well as a DVD player. Guess the kids won’t be bored at night.

We wanted more room because we were sharing with friends. Snowcreek Resort was offering a special package with Alaska Airlines, stay two nights and add another midweek night for free.

The huge condo complex offered a wide variety of accommodations. Prices ranged from $190 for a one-bedroom to a huge four-bedroom with two-car garage for more than $900 a night midweek.

Our beautiful condo could sleep eight easily. And with four and a half bathrooms, everyone was happy. Some friends brought their car so we could ride with them. But the red line shuttle also carries guests to the ski mountain, though the condos are a half hour drive from the main lodge.

And we had a full kitchen to cook our breakfasts before we hit the slopes and dinner afterward. We saved lots of money just because we didn’t have to dine out every night.

Our faith in Mammoth was restored and we promised to come back soon. Who knows maybe we’ll be back for our spring ski trip in 2013.