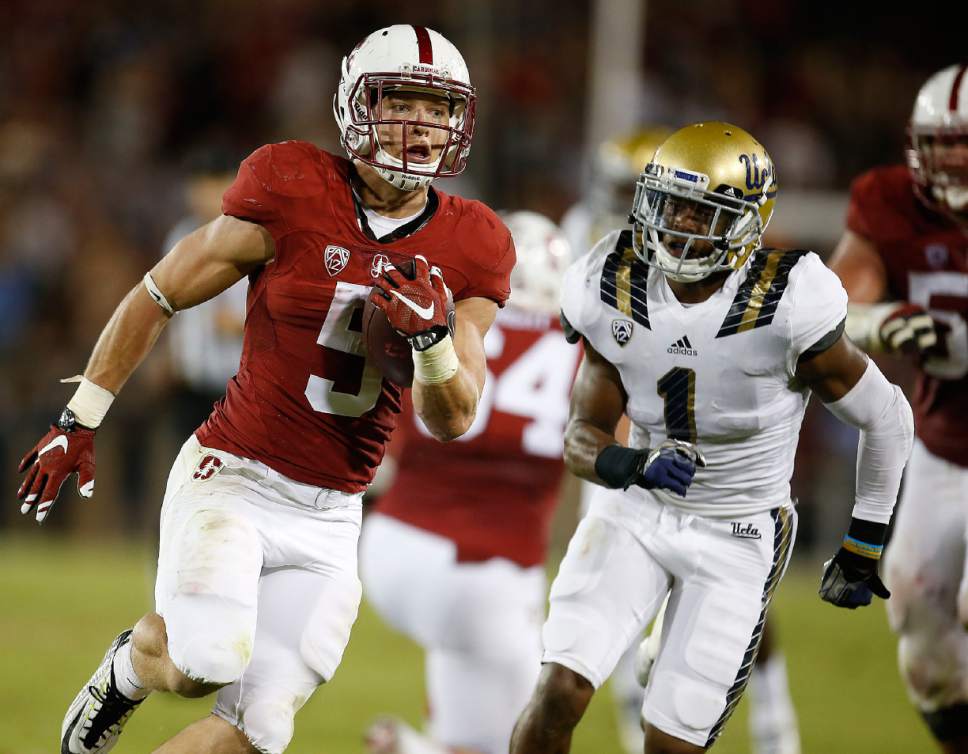 Stanford running back Christian McCaffrey (5) runs past UCLA defensive back Ishmael Adams (1) for a touchdown during the first half of an NCAA college football game Thursday, Oct. 15, 2015, Stanford, Calif. (AP Photo/Tony Avelar)

For another season, we ask: Is this the year the Bruins vanquish the Cardinal?

The Bruins are so committed to the cause that they’ve shaped themselves to specifically beat Stanford. They pledged to get bigger to stop the run. The focus on power running was geared to help the offense control the clock and help the defense get used to facing such a bruising scheme.

UCLA’s struggles against the Cardinal even predate Mora. The Bruins haven’t beaten Stanford since 2008. The eight-game losing streak is the longest losing streak UCLA has against any one conference opponent at any time. The next such streak was a seven-game slide against USC from 1999-2005. The final two USC wins of that streak were later vacated.

With Kevin Hogan gone, the door is ajar for another team to snatch the top spot in the conference, although the Cardinal were still voted the media favorites to win the league. They do after all still have Christian McCaffrey, who ran for 243 yards against the Bruins last year.