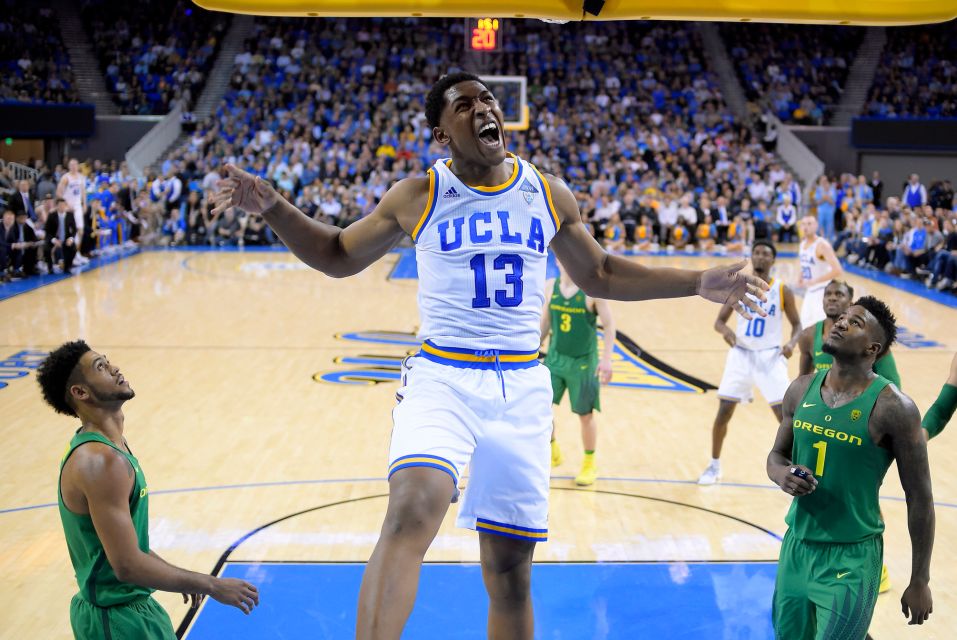 UCLA freshman center Ike Anigbogu had 9 points, 7 rebounds and 3 blocks in the Bruins’ 82-79 win over Oregon on Thursday

It sounded like Steve Alford was trying to convince himself on Tuesday when the UCLA coach claimed the Bruins’ defense was making progress in February. UCLA was two games into the month – against teams with six combined wins in the Pac-12.

But the manner in which UCLA took down Oregon on Thursday infused plenty of substance into Alford’s proclamation two days earlier. UCLA held the 33rd most efficient offense in the country to 33 percent shooting in the second half. The Bruins strung together 21-3 and 14-0 runs against the No. 5 team in nation.

And Alford handled his rotations brilliantly. Freshman center Ike Anigbogu played a significant defensive role down the stretch but not at the expense of starting center Thomas Welsh, who finished with 12 points and eight rebounds.

READ: Preview of No. 10 UCLA vs Oregon State

Aaron Holiday, who is probably UCLA’s best perimeter defender, was a key contributor on both ends in the critical last 10 minutes of the second half, finishing with 15 points and 7 rebounds. Yet starting guards Bryce Alford (12 points) and Isaac Hamilton (11 points) each impacted the game significantly in spots.

Holding Washington to 66 points and Washington State to 34 points in the first half looks much more substantial after UCLA held Oregon’s Dillon Brooks scoreless in the final 15 minutes on Thursday and Tyler Dorsey to one field goal in his final eight attempts.

Alford said the result against Oregon would tell him if the defense on the Washington trip was a fluke or something to build on. The Bruins appear to have laid a foundation entering Sunday’s matchup with Oregon State.