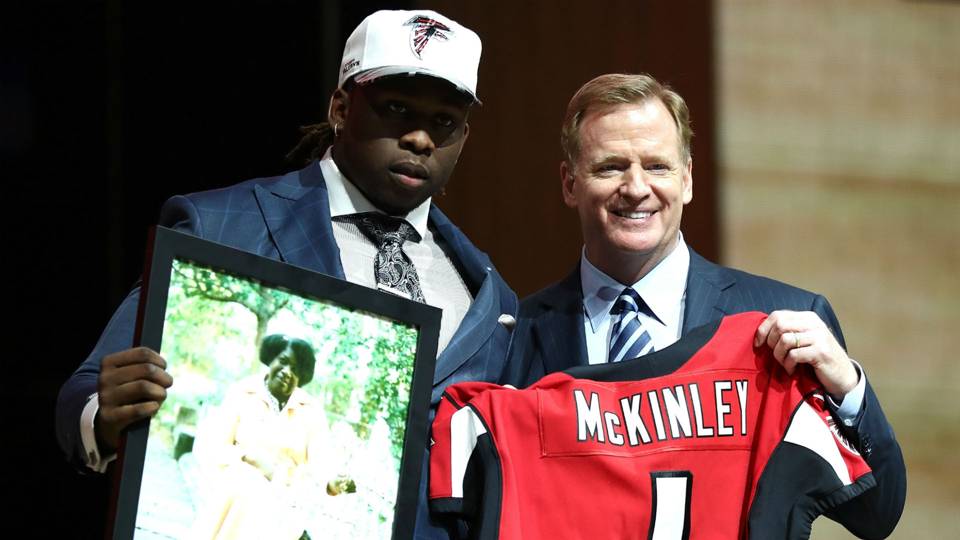 Takkarist McKinley was one of five UCLA players selected in the 2017 NFL Draft. (Photo by Getty Images)

Last weekend was another successful NFL Draft for UCLA as five Bruins heard their names called during the three-day event.

Since Jim Mora took over prior to the 2012 season, UCLA is one of seven Pac-12 schools to have at least one player drafted every year. The Bruins have sent 25 players to the NFL through the draft in that time, the most for any school in the conference.

What was that NFL talent able to accomplish at UCLA?

UCLA’s 41 wins during the Mora era are the most for any UCLA head coach during a five-year span, but still ranks only fifth in the Pac-12 since 2012. Here’s a look at how each Pac-12 team has done in the draft and on the field in the past five seasons. 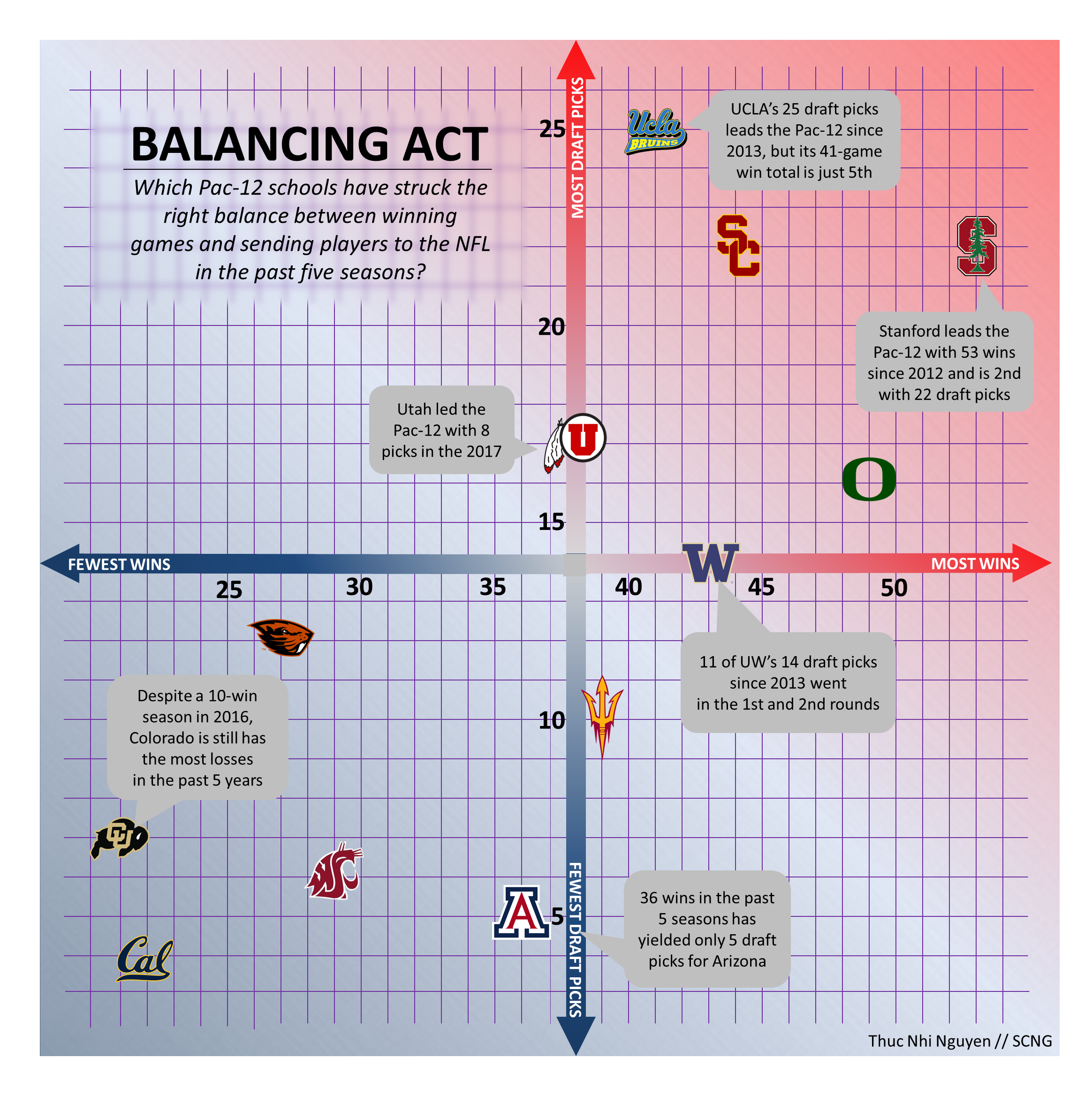 Stanford is the most successful program when it comes to balancing wins and draft picks as the Cardinal ranks first in the conference with 53 wins since 2012 and is tied for second in picks with 22.

UCLA is first in picks and fifth in wins, which is the largest discrepancy between the two categories among all the teams. Depending on what lens you’re using to view the program, you could say the coaching staff has been the best in developing talent for the NFL. On the flip-side, you could wonder why, with so many draft picks and so much talent, the Bruins can’t win more games. It’s similar to three months ago, when Athlon Sports looked at the disparity between UCLA’s recruiting classes and wins (a related chart can be seen here).

The legacy of NFL players from UCLA is strong and I wouldn’t be surprised if it continues independent of how many wins the Bruins get. They had more draft picks (five) than wins (four) last year. Having so many NFL players come out of Westwood entices more talented recruits to come as the ultimate goal for many players is to go pro. For example, when Darnay Holmes announced his commitment to UCLA at January’s U.S. Army All-American Bowl, the cornerback from Calabasas High said “for the next three to four years” he’ll be playing at the Rose Bowl. He hadn’t even stepped on a college campus yet and he was already thinking about cutting his UCLA career short. In February, as Jayon Brown prepared for the NFL Combine, he told me the coaching staff’s experience with the NFL and early success in producing draft picks was “one of the reasons why (he) went to UCLA.” As long as UCLA continues churning out draft picks, more talent will come.

But what does a university and a fan base value more? Are draft picks enough to make up for middling results on the field? Certainly, helping players achieve their NFL dreams is an accomplishment worth celebrating for a coaching staff, but the finding a way to excel at both would be the ultimate success.