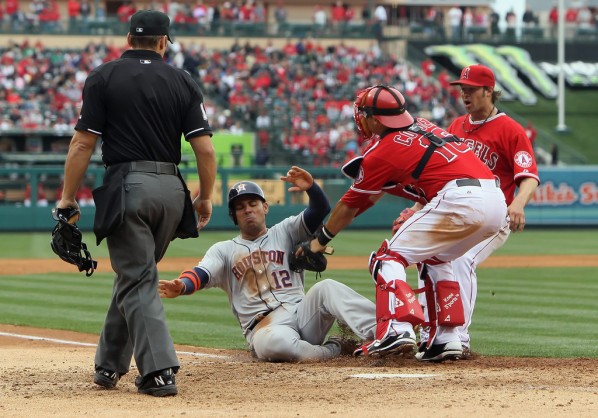 • By now you’ve probably seen the Yu Darvish/Albert Pujols gif. I imagine a few players will study it this week, too.

• Five Angels have appeared in all 21 games this season. You could have predicted Mike Trout, Mark Trumbo and Howie Kendrick. You might not have predicted that Albert Pujols and Josh Hamilton would be the other two.

• Yesterday was Connie Marrero‘s 102nd birthday. Marrero is the oldest living ex-Major League Baseball player, per the league. He went 39-40 in five seasons for the Washington Senators, from 1950-54, and pitched his final game at age 43.

• If you feel the urge to complain about the price of tickets at Angel Stadium, feel free to mention that in Miami, you can get tickets to a Marlins game by flashing a picture of your kids.

• Because you woke up longing for sitar-driven jazz, Nu Nu by Avishai Cohen: