Sophomore Madison Landi will be performing with the LA Opera in their production of Noah’s Flood. She earned the role of “Gossip 2”. The performances will be March 6 and March 7 at 7:30pm.

Other highlights of Madison’s young singing career include performing at the House of Blues in Anaheim and at The Grove of Anaheim with her band “Matsune”. She has also worked at Disneyland as a singer. In addition to her singing, she is in Diamond Bar High School’s Advanced Drama class.

For the past seven seasons, LA Opera has been honored to work with the Cathedral of Our Lady of the Angels in Downtown Los Angeles to present free, large-scale community performances that have included Jonah and the Whale, Noah’s Flood, Judas Maccabaeus and The Festival Play of Daniel, all under the baton of James Conlon.

For the 2014/15 season, LA Opera is reviving its successful production of Benjamin Britten’s Noah’s Flood (Noye’s Fludde). Conducted by James Conlon, LA Opera’s Richard Seaver Music Director, Noah’s Flood will be performed at the Cathedral of Our Lady of the Angels on Friday, March 6 and Saturday, March 7, 2015 at 7:30pm.

Walnut Valley Unified has agreed to refund some athletic fees charged to students and families at Diamond Bar High School. The action comes after a formal complaint was filed by Kevin and Beth House with the California Department of Education.

The department agreed with the Diamond Bar family that fees charged in the football, wrestling and baseball programs were impermissible under state law.

It disagreed with the district’s conclusion that the summer camp was recreational rather than educational.

The district also claimed the $100 payment for the camp and the $135 required for camp clothing and accessories were voluntary donations. But, the state found that while the 2014 summer camp form changed the word “fee” to “donation,” the camp was nevertheless described as “mandatory” and students were informed that in order to receive their uniform for camp, they must show proof of payment.

“A reasonable parent would believe that paying for and participating in the summer camp was a condition of participation on the team during the school year,” the CDE concluded.

But the CDE found that since the summer wrestling camp was not a condition of participation on the wrestling team during the regular school year, that fee was permissible.

The House complaint also addressed “spirit packs” bought by students. Walnut Valley said the spirit packs weren’t required purchases. It said it provides all necessary uniforms for football, wrestling and baseball, whether a uniform package was purchased or not.

The CDE determined that the evidence showed that in order to receive their football, wrestling and baseball uniforms, students were instructed to show proof of payment in violation of the Education Code. It noted that the availability of a fee waiver does not make the fee permissible.

The Houses also paid $125 for a baseball package.

The CDE ordered the district to refund money paid for football, wrestling and baseball spirit packs from May 15, 2013 through May 15, 2014.

The House complaint also asked for a ruling on working bingos to raise money for the athletic teams. Football parents are asked to work bingo or donate $50 to “opt out.” The wrestling team asked for a opt out fee of $100, while the baseball team requested $100 to opt out each night or $200 total.

Walnut Valley said teams are allowed to solicit voluntary donations and that bingo participation is strongly urged but voluntary.

The Department of Education decided the evidence shows that parents were required to work bingo or pay an opt out fee as a condition for a student to participate on the football, wrestling and baseball teams. Therefore, participation in bingo fundraising was not voluntary in violation of the education code and any opt out fees were impermissible.

When the ruling was made at the end of September, Walnut Valley was given until Nov. 30 to remedy the situation, but the district decided to seek “clarification” first.

“It was important that we clarified this issue with the California Dept. of Education (CDE) because this is an important policy question facing most school districts in California and we wanted to make sure that we were appropriately and effectively implementing the law,” said Assistant Superintendent of Human Resources Michelle Harold.

“With this guidance from CDE, we are taking several affirmative steps to change our policies, our practices, and our personnel’s approach to implementing the fee issues,” Harold explained.

On Dec. 12, Superintendent Robert Taylor sent out a letter to parents to offer refunds. He said the district will fully reimburse parents and students for the refunds ordered by the state.

Families must submit the refund form provided by the district by Jan. 23. Parents must also submit proof of payment, either a cancelled check or other evidence of payment.

If Walnut Valley doesn’t receive a form by Jan. 23, it will consider any payments to be a voluntary donation to the athletic programs. 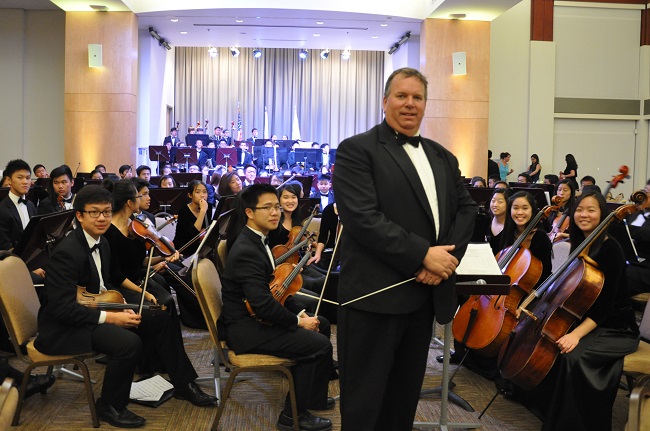 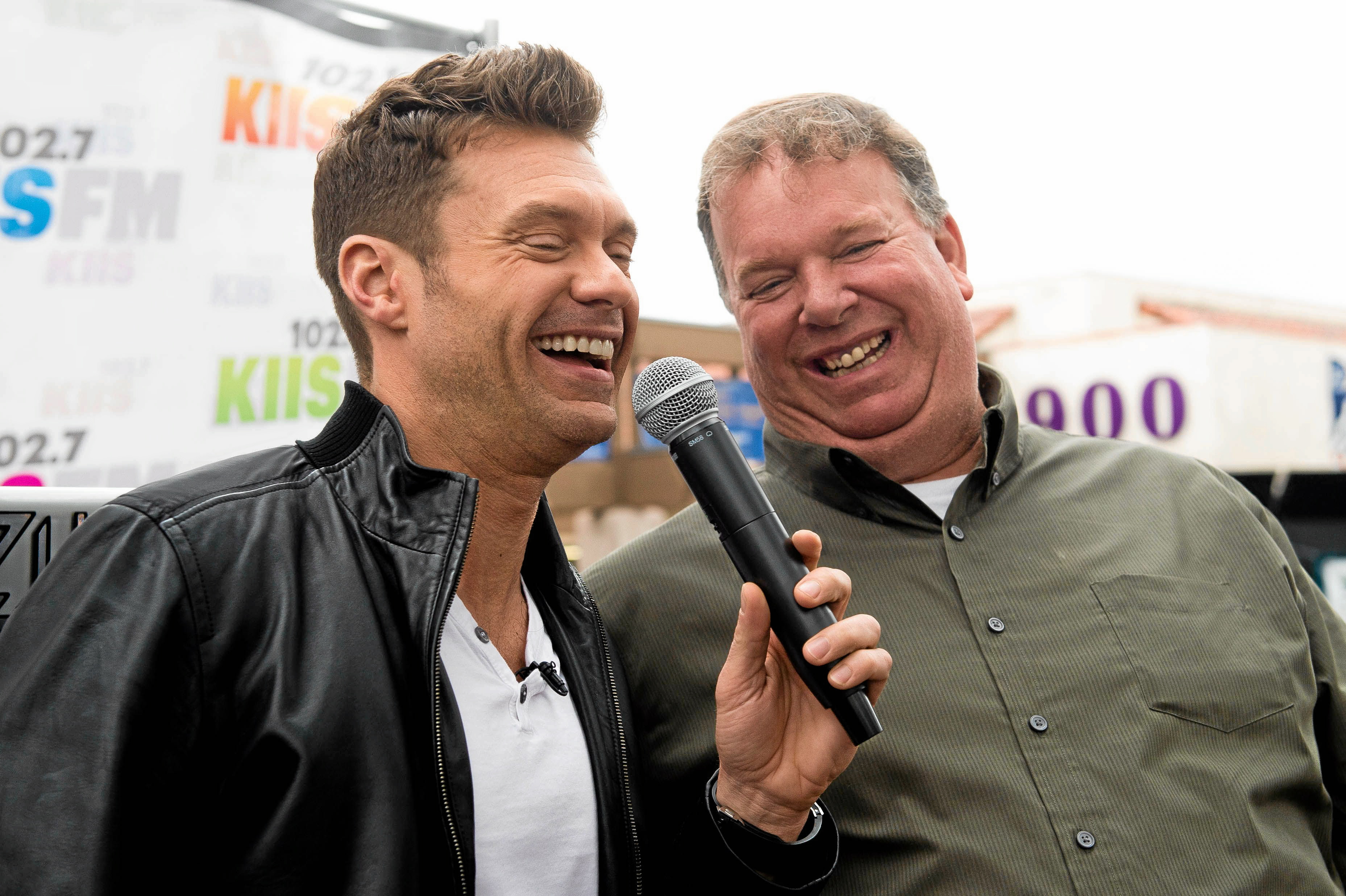 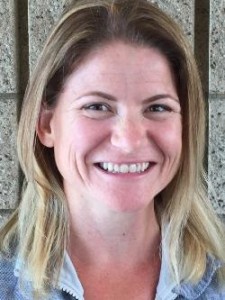 Kari Simonson is the new dance teacher for Diamond Bar High’s award-winning dance program. Simonson taught dance for two years and coached dance for eight years at Woodbridge High School in Irvine. She comes to us with over 20 years of dance experience.
Simonson is a graduate of Cal State University Fullerton and Chapman University. She has danced for well-known industry professionals like Mike Esperanza (BARE Dance Company) and Leanna Aldenda.
Simonson keeps her dance skills and knowledge current as a teacher and student at Defore Dance Center in Costa Mesa. She also has experience in Pilates and Barre fitness methods.

Participants from across the United States and two countries competed in more than 60 business and business-related events. Crystal Chang from Diamond Bar High School in Diamond Bar received national recognition at the FBLA Awards of Excellence.

“Crystal also qualified for nationals last year in Anaheim, as a freshman. This year, she placed higher than any other Diamond Bar student in the history of DBHS FBLA,” said Ty Watkins, DBHS FBLA chapter adviser.

The award was part of a comprehensive national competitive events program sponsored by FBLA-PBL that recognizes and rewards excellence in a broad range of business and career-related areas.

For many students, the competitive events are the capstone activity of their academic careers. In addition to the competitions, students immersed themselves in educational workshops, visited an information-packed exhibit hall, and attended motivational keynotes on a broad range of business topics.

Four Inland Valley educators were among 222 music teachers from 208 cities in 41 states who were selected as quarter finalists for the Music Educator Award presented by The Recording Academy and the Grammy Foundation.

They were selected from more than 7,000 nominations from all 50 states.

The other nine finalists will each receive a $1,000 honorarium, and the schools of all 10 finalists also will receive matching grants.

The Music Educator Award was established to recognize current educators (kindergarten to college, public and private schools) who have made a significant and lasting contribution to the field of music education and who demonstrate a commitment to the broader cause of maintaining music education in the schools.