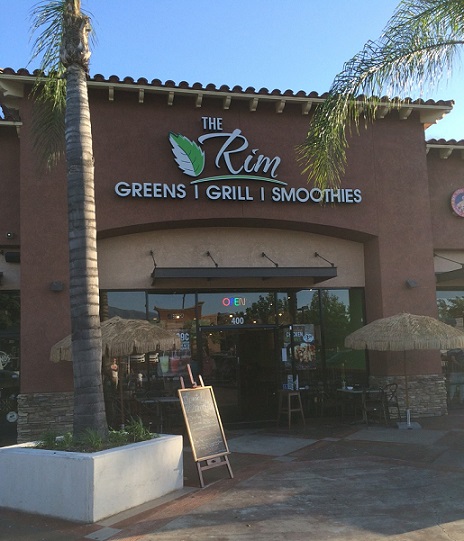 The Rim recently filled an empty space next to Rounds Burgers in the Super King center off the 10 Freeway in Claremont. The restaurant has been figuring out what it wants to be, but the emphasis seems to be on natural, sustainably sourced ingredients in a fast-casual setting. 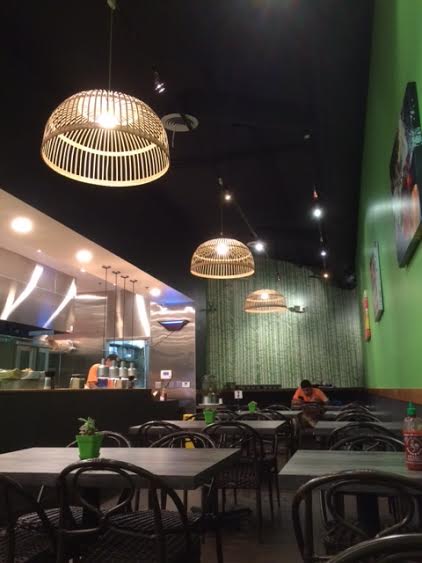 It’s appealing inside, with comfortable and attractive tables and chairs, decor and lighting, and clean. You order at the counter from a printed menu that has changed at least a couple of times as dishes, and entire categories of dishes, are added or subtracted. Salads, sandwiches, pastas and bowls are on the menu, as are smoothies and other juice drinks. (I found a menu online, but I think it’s a previous one, with paella but not pasta.)

There’s little more one needs to say about the Rim’s essential weirdness other than 1) you can get fettucine alfredo and a boba drink and 2) it appears at this moment to have locations in only two places: Claremont and Kansas City. 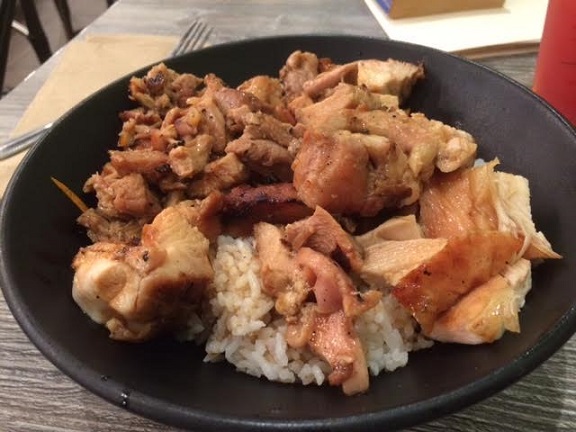 On my first visit, I got an item they were pushing, a bourbon chicken bowl (a mere $3 at dinnertime as a promotion). It was a bowl of chicken all right, plus rice, and that was it. But the price was right.

They’ve been putting specials on a chalkboard outside the restaurant, dinner-only it appears, and usually they’re two-for-one, which may be good for you but doesn’t assist the solo diner like myself. 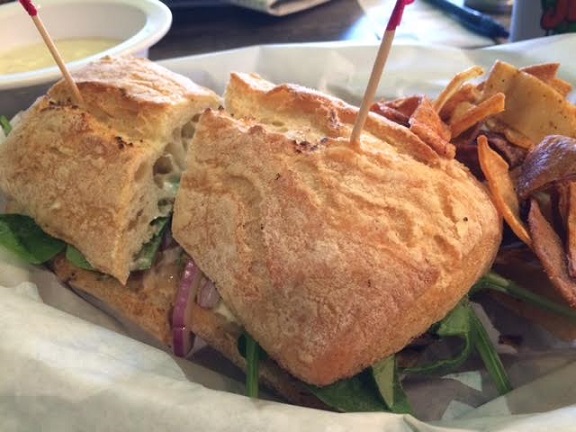 I’ve been back two more times, once for a seared tuna sandwich on ciabatta bread ($8), which was very good. It came with a side of (why not?) mashed potatoes. I don’t know what that’s about. To drink I had a taro smoothie ($3.25), also good. 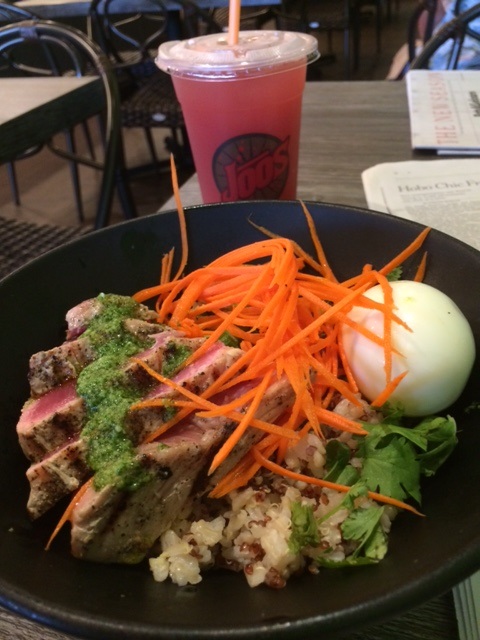 Most recently, I got a tuna bowl ($8), with seared tuna, quinoa, sliced carrots and a hardboiled egg. It was a little dry, and maybe an egg over easy would have been better, but I ate every bite. Twice I’ve got a watermelon mint drink ($2.50), cold and refreshing.

Three visits and I still don’t quite have a handle on what they’re trying to do, and maybe neither do they. I don’t know how to describe the Rim, but it’s certainly different, and you might want to give them a try, if a little uncertainty doesn’t dissuade you.