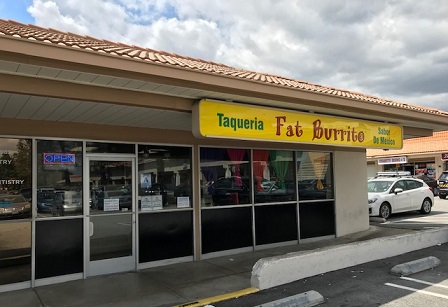 Have you had puffy tacos? They’re a specialty in San Antonio, Texas, where I ate them at Ray’s, but they’re rare in SoCal, with Arturo’s Puffy Tacos in Whittier being the prime exemplar. Bar Ama in downtown L.A. makes them, although they’re off-menu; personally, I found them oily and disappointing on a visit earlier (oilier?) this year.

But now comes Fat Burrito, a family owned Tex-Mex restaurant in Rancho Cucamonga that opened last December in what had long been home to the late Chile Red.

Fat Burrito is a good name for a Mexican restaurant. But the specialty is puffy tacos. 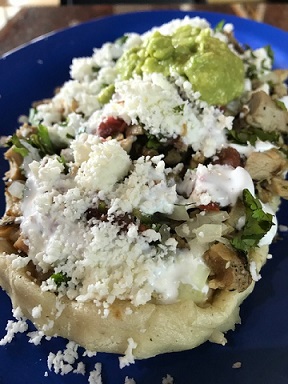 On my first visit back in April, a friend got a chicken huarache ($8), seen above. He hadn’t had a huarache before. “That was excellent,” he said after finishing. “I’m glad I stepped outside my comfort zone.” 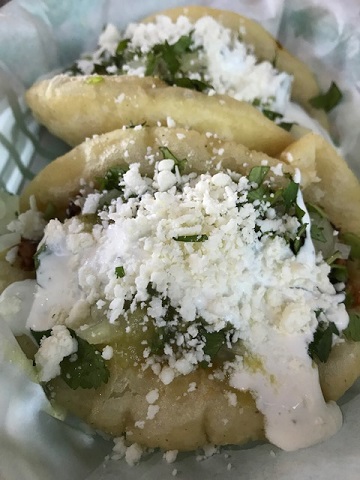 I got the puffy tacos ($3.55 each): one al pastor, one chile verde. They come with onions, cilantro, cotija cheese and sour cream. The tortillas puff out, as if the tortilla were an animal in defense mode. These were delicious tacos, and scarcely oily at all. 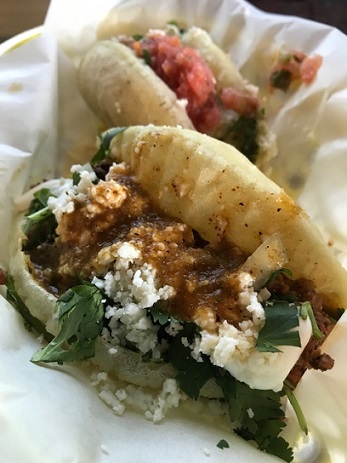 On a subsequent visit I got carne asada and pollo asado in my puffy tacos (above). I was back this week and got the final two meats: machaca and carnitas. I have completed the Fat Burrito meat circuit.

I’d be hard-pressed, though, to tell you which meat to get. They were all tender and moist. But as a pork fan, I’m partial to the al pastor and chile verde.

You order at the counter, by the way, and take a seat in the small but comfortable dining room. The menu has a couple of other items, including something called a burrito salad, plus standard tacos for $2.25, but that’s about it. 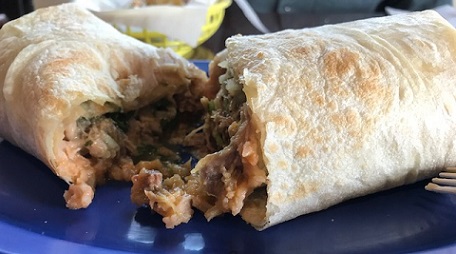 All told, I’ve eaten at Fat Burrito four times so far, and I’m sure I’ll return many more times. Between Fat Burrito and El Patron, Rancho Cucamonga now has a couple of very good Mexican restaurants. (And perhaps more of which I’m unaware.)

On one visit, I tried a burrito. It’s in their name, right? I got chile verde ($9.25). You know, the burritos here are good too, wrapped in flour tortillas, the interior a pleasing mishmash of rice, beans and meat, everything kind of fusing into one filling.

It’s also true, though, that you can get a good burrito plenty of places, but you probably can’t find puffy tacos anywhere else in the Inland Valley. Go for those. You’ll thank me. 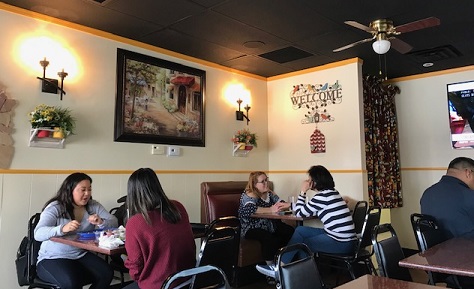