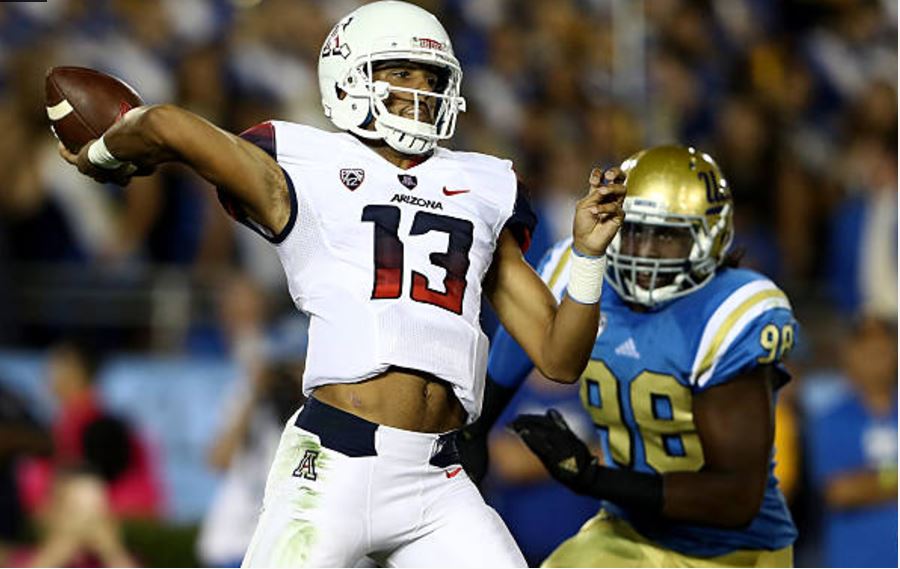 Arizona fell from first in the Pac-12 South in 2014 to fifth in one year, then slid one rung lower in 2016, bottoming out with only one conference win.

The Wildcats (3-9, 1-8 Pac-12 last year) continued to struggle defensively in 2016, but were also had one of the most anemic offenses in the league. Despite leading the conference in rushing, Arizona was the Pac-12’s lowest-scoring team with only 24.8 points.

An unsettled quarterback competition and more shuffling on the defensive coaching staff leave the Wildcats with a lot of questions heading into the season.

“We’ve just got so many unknown guys that I think have the talent and are going to be good enough to win with, but until they do it in a game, you don’t really know,” head coach Rich Rodriguez told the Arizona Daily Star. “I feel good about their attitude. I think we’ve got a bunch of guys who love football. There’s no question we’ll be better.” 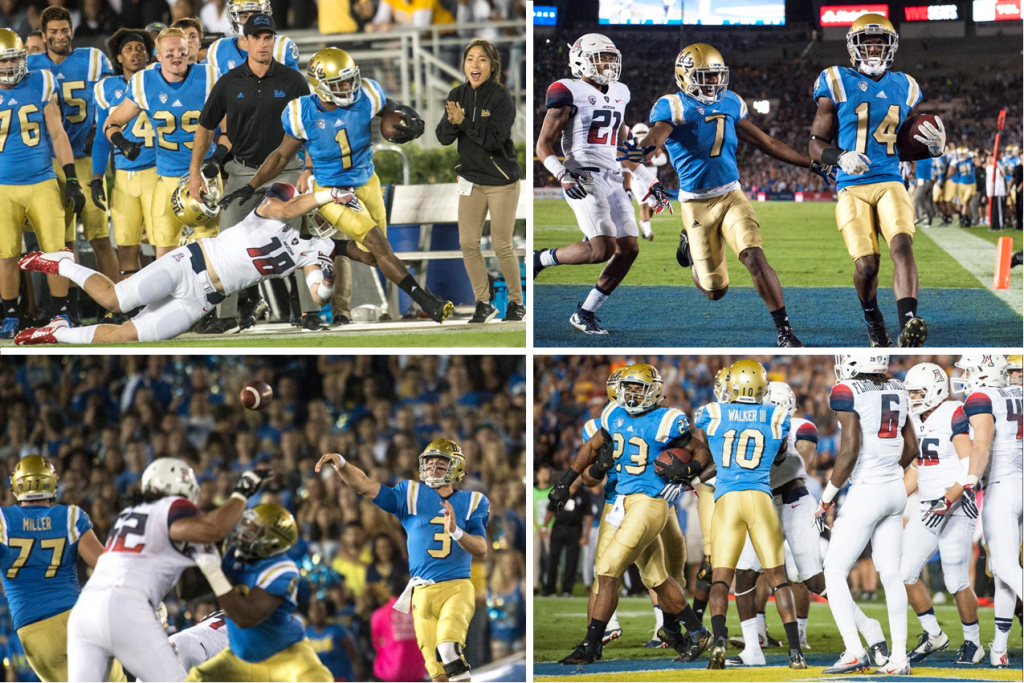 Click the photo above (or HERE) to see photos from UCLA’s 45-24 win over Arizona on Saturday. 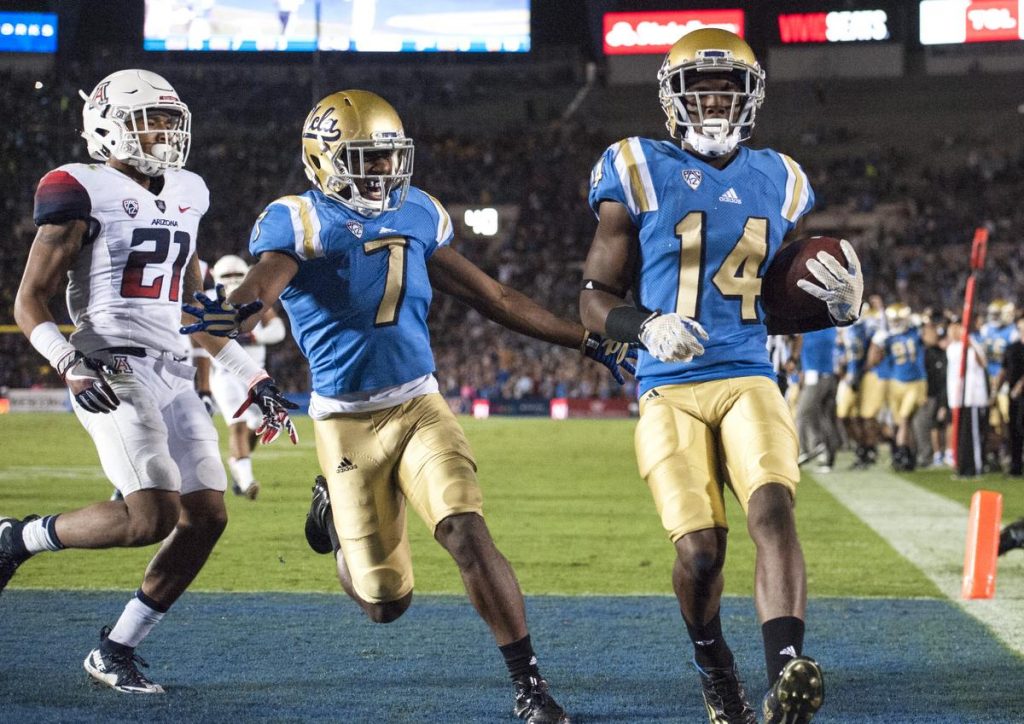 UCLA Bruins’ Theo Howard runs in for a touchdown during the second half against Arizona Wildcats at Rose Bowl Stadium in Pasadena on Saturday, October 01, 2016. (Photo by Ed Crisostomo, Orange County Register/SCNG)

UCLA head coach Jim Mora said if the Bruins can get everything clicking at the same time, they can be dangerous. The word “if” is a big one for the Bruins going forward.

Links from the game:

The offense woke up in the second half to bury Arizona, but a 45-24 victory left UCLA head coach Jim Mora wondering when the Bruins can find a way to put everything together.

Here is fan reaction from the win:

END_OF_DOCUMENT_TOKEN_TO_BE_REPLACED

UCLA kicks off against Arizona at 7:30 p.m. at the Rose Bowl. Follow our live chat here: