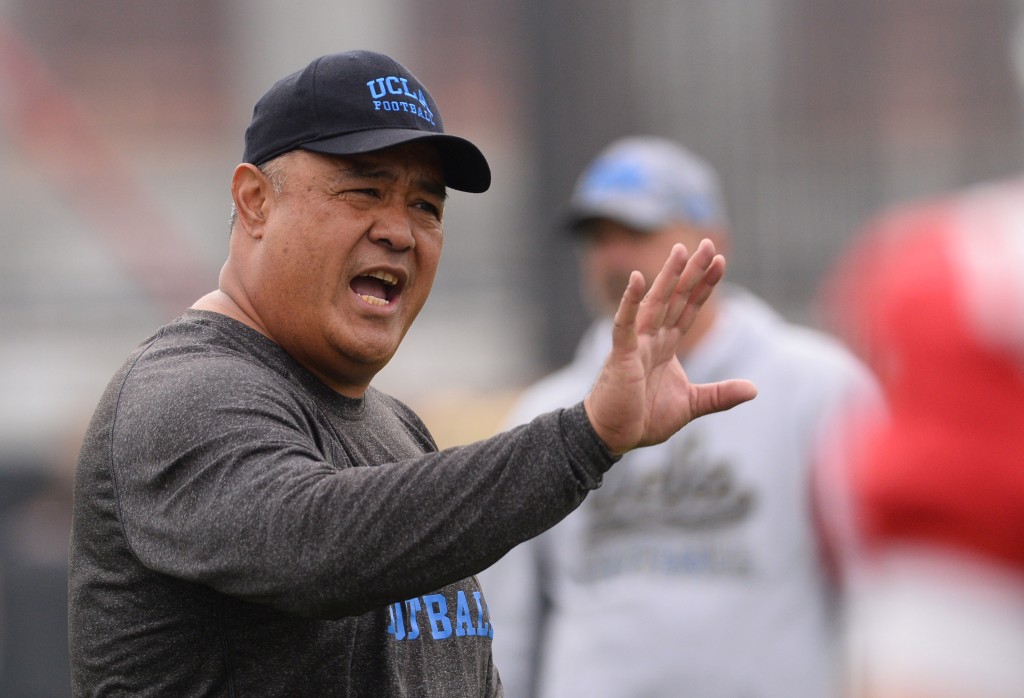 Polamalu was fired after one year as UCLA’s offensive coordinator last season when the Bruins went 4-8. He was replaced by Jedd Fisch earlier this month.

Polamalu last coached in the NFL with the Jacksonville Jaguars from 2005-09. The 53-year-old coach is one of several Vikings with UCLA ties as former Bruin linebackers Anthony Barr and Eric Kendricks also play in Minnesota. 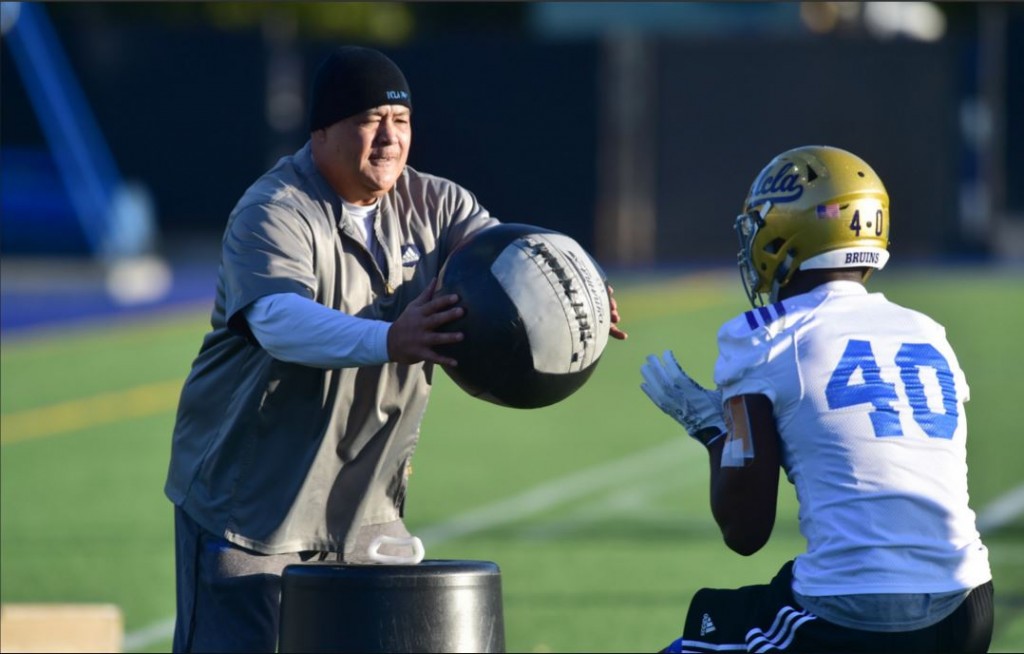 Immediately after UCLA announced that offensive coordinator Kennedy Polamalu wouldn’t be returning next year, the 53-year-old veteran coach fired off a brief tweet before deleting his Twitter account. It simply said “Luke 12: 48b,” referencing a Bible verse that in part states: “From everyone who has been given much, much will be demanded; and from the one who has been entrusted with much, much more will be asked.”

Polamalu expanded on his thoughts on his failed year as UCLA’s offensive coordinator in an open letter to fans that he released Monday through Bruin Report Online. After one of the worst offensive seasons in recent school history, UCLA did not renew Polamalu’s one-year, $380,000 contract, which is set to expire on June 30, 2017.

In his written statement, Polamalu expressed gratitude for the opportunity to coach at UCLA, and took responsibility for the offensive struggles in a year of flux on that side of the ball.

“So while the injury to Josh (Rosen) and the need to rotate lineman certainly didn’t help, at the end of the day the success of the offensive unit was on me,” Polamalu wrote. “Things don’t always work out for a variety of reasons, but I firmly believe that football is about being able to impose your will upon your opponent by physically and mentally dominating them at the point of attack.”

Offensive coordinator Kennedy Polamalu talks about why the offense struggled so much this season, the importance of physicality and how he thinks he did in his first year calling plays.

Defensive coordinator Tom Bradley talks about what went wrong for the Bruins against Cal and what the loss to Fabian Moreau meant to the secondary.

Offensive coordinator Kennedy Polamalu talks about the loss to USC, the trouble converting on third downs and what happened to the running game.