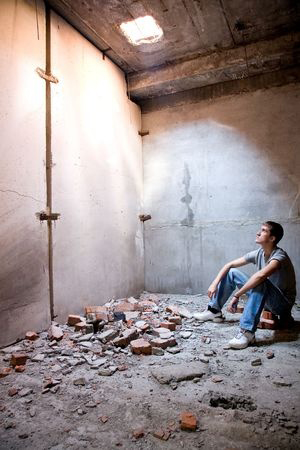 Each Thursday morning, I list five events that pique my
interest, including (ideally) at least one with free admission (or, at a minimum,
inexpensive tickets). Here’s today’s grouping:

This was one of the works with which Gustavo Dudamel
introduced Los Angeles to this dynamic orchestra in 2007. Thus, part of the
intrigue will be to see what changes have occurred in Dudamel’s interpretation
and in the orchestra’s playing. The Bolivrs conclude their individual portion
of the cycle on Tuesday with Symphony No. 7 Information: www.laphil.com

Tonight at 8 p.m.
at Zipper Hall (The Colburn School)

The Phil swings back into action with what is perhaps the
darkest of Mahler’s symphonies. Information:
www.laphil.com

Although Giovanni Pergolesi set a version of Stabat Mater, the work is at least as
well known through its German edition when J.S. Bach put different German text
atop Pergolesi’s music (composers during that time were freer about “borrowing”
music both from themselves and others). Martin Hasselbck will lead his
top-notch period-instrument ensemble along with soloists Dame Emma Kirkby,
soprano, and countertenor Daniel Taylor. Sacred arias by Bach and Handel will
fill out the program.

The Saturday performance will be the group’s first time in
the AT&T Center Theater in downtown Los Angeles. Old-timers will recognize
this as the old Transamerica Life headquarters. Radio station KUSC 95.1 FM
recently moved to the AT&T Center. Originally used as a conference hall,
the performing space reportedly has been acoustically retrofitted by KUSC to
accommodate small- and medium-size musical groups.

For more than a quarter-century, Pacific Serenades has been
known for (a) beginning its season after the New Year holiday and (b)
commissioning new works. The inaugural concert of its 2012 season will feature
its 103rd commissioned work: the world premiere of Different Lanes for string quartet and
iPad by Los Angeles native and Emmy-award winning composer Laura Karpman (the
title refers to five L.A. freeways) The program will also include Beethoven’s
String Quartet in D Major, Op. 18, No. 3, and Ravel’s Sonata for Violin and
Cello (2001).

Friday at 8 p.m. at
First Church of the Nazarene, Pasadena

PCO opens its 28th season with a program of
Smetna’s Sarka (from Ma Vlast), Mozart’s Symphony No. 39, and
Prokofiev’s Violin Concerto No. 2, with Joyce Pan as soloist. Pan is a member
of the orchestra’s violin section; in her “other” life, she’s a technical
director for Dreamworks Animation. Information:
www.pcomusic.org

Last week I looked back at some of the memorable events of
2011 (LINK). Today I look forward, and “bulging” is the most appropriate word I
can think of when describing the classical music calendar in the first quarter
of 2012 (I won’t even attempt to list everything that I think is important for
all of next year). Among the major programs scheduled in the next few months
are:

The Los Angeles Philharmonic kicks off its nearly month-long
survey of Gustav Mahler’s music in mid-January. Gustavo Dudamel will lead two
of the orchestra he heads — the L.A. Phil and Simn Bolivr Symphony Orchestra
of Venezuela — in 17 performances from January 13 through February 4 at Walt
Disney Concert Hall and the Shrine Auditorium in Los Angeles. The sweeping
enterprise will commemorate the 100th anniversary of the death of
the great Austrian composer-conductor Gustav Mahler (which actually took place
on May 18, 1911).

Dudamel (who turns age 31 on Jan. 26) will lead every
performance. The Bolivrs will play four of the symphonies, the Los Angeles
Philharmonic will play four, and the two ensembles will combine and join with
more 800 choristers and eight soloists for the Symphony No. 8 on Feb. 4 at the
Shrine Auditorium, one of the few times in history when that work’s subtitle, “Symphony
of a Thousand,” will be fact as
opposed to appellation.

Following the Los Angeles concerts, the entire cycle will be
performed again in Caracas, Venezuela; the Feb. 18 performance of “Symphony of
a Thousand” will be telecast live from the Venezuelan capital at 2 p.m. (PST)
in movie theaters throughout the U.S. and Canada (LINK). “Mahler Project” information: www.laphil.com

Andrew Shulman
doubles down with PSO and LACO

Shulman is principal cellist of the Pasadena Symphony
Orchestra and the Los Angeles Chamber Orchestra. On Jan. 13 he will appear as
soloist with the PSO at Ambassador Auditorium playing Elgar’s Cello Concerto.
The following weekend (Jan. 20 and 21), he will conduct LACO in a program that
will include former Colburn School student Nigel Armstrong as soloist in
Mozart’s Violin Concerto No. 3 (Armstrong won fourth place in last June’s
Tchaikovsky Violin Competition.

This top-notch student ensemble wraps up its season at
Ambassador Auditorium with concerts on Feb. 4 and March 3. The latter will be
led by Bramwell Tovey, music director of the Vancouver and principal guest
conductor of the Los Angeles Philharmonic at Hollywood Bowl for the past three
summers. The Colburn Orchestra’s free concerts go through their ticket
allotments quickly so now is the time to log on and secure your seats (you
print the tickets when you make the reservation).

San Diego Opera grabs the spotlight beginning Feb. 18 when
it presents the West Coast debut of Moby
Dick by Jake Heggie (best known, until now, for his opera Dead Man Walking). This production got
mostly rave reviews when it debuted at Dallas Opera in May 2010 (LINK with
reviews) and the San Diego production includes Canadian tenor Ben Heppner
reprising his title role performance in San Diego. SD Opera Resident Conductor
Karen Keltner will conduct. It’s sung in English with supertitles. The company
will also present a production of Richard Strauss’ Salome beginning Jan. 28, with Lise Lindstrom in the title role. Information: www.sdopera.com

February will be a busy opera month. Los Angeles Opera
resumes its 2011-2012 season with productions of Verdi’s Simon Boccanegra beginning Feb. 11 in the first of seven
performances and Britten’s Albert
Herring, which opens Feb. 25 and continues with five performances in March.
LA Opera Music Director James Conlon will conduct both operas.

Simon Boccanegra
is significant because Plcido Domingo is in the title role, a part that was
written for a baritone (Domingo, of course, has spent nearly all of his career
as a tenor, although he now appears to be more comfortable in lower ranges).
This production originated at London’s Royal Opera House, Covent Garden. Information: www.laopera.com

Albert Herring is
the latest in a string of Benjamin Britten operas that the company is
presenting in a lead-up to the composer’s birth centennial in 2013. Although
LAO mounted Albert Herring early in
the company’s history, this production originated at Santa Fe Opera. Alek
Shrader makes his LAO debut in the title role. Information: www.laopera.com

This intrepid company explores the world of the tango with a
production of Maria de Buenos Aires,
composed by Astor Piazzolla to a libretto by poet Hoarcio Ferrer. Sung in
Spanish with English supertitles, it plays Jan. 29 and Feb. 4 at the Warner
Theater in San Pedro. Information: www.longbeachoperea.com

On the big screen, the Metropolitan Opera continues its High
Definition telecasts into movie theaters with three screenings in January and
February, including its new production of Wagner’s Gtterdmerung on Feb. 11. Information:
www.metopereafamily.org

Although choral music concerts occur frequently, the
three-week span from March 17-April 6 has an unusually large number of notable
events.

Chorale Bel Canto will
sing Bach’s Mass in B Minor on March 17 at Whittier College as the major event
in the 75th annual Whittier Bach Festival. Stephen Gothold conducts
the CBC (which is celebrating its 30th anniversary this year),
soloists and orchestra in this monument of choral literature. Information: www.choralebelcanto.org

Angeles Chorale
will celebrate what conductor John Sutton calls “America’s most significant
musical story — gospel and jazz; the stories of our lives; and musical depictions
of the human experience” on March 24 at First United Methodist Church,
Pasadena. The featured work will be Robert Ray’s Gospel Mass. Information: www.angeleschorale.org

Los Angeles Master
Chorale, which will present a concert of Bruckner and Stravinsky on Feb.
12, returns to Walt Disney Concert Hall on March 31 and April 1 for a
performance of Bach’s St. John Passion. Grant
Gershon conducts both programs; the Bach features the area’s foremost
period-instrument ensemble, Musica Angelica. Information: www.lamc.org

As an added note:
my weekly “Five Spot” posts will return on Jan. 5. Each week, I list five notable
concerts for the upcoming weekend including, ideally, one that is either free
admission or very low cost. Have a safe and happy new year.