I was thinking last night as I was reading a media release from the Los Angeles Philharmonic how fortunate we are to be living in Los Angeles. Part of that stems from the release’s content: the beginning of the LAPO’s classical season at Hollywood Bowl, which takes place on July 9 — the season runs through mid-September.

Gilbert’s departure story is well known in classical music circles, but there was a telling quote among the stories that were published as he was leaving. He said to New York Times writer Michael Cooper, ““To a degree I lost my stomach to fight for things.” You can read the entire article HERE.

That should be a sobering quote for incoming NYPO president and chief executive officer Deborah Borda. One of the reasons Borda was so successful in Los Angeles is that she and her music directors, first Esa-Pekka Salonen and then Gustavo Dudamel, worked as a team in their programming initiatives. Whatever your feelings about Gilbert as a conductor, he apparently didn’t enjoy that support from upper management. Incoming NYPO Music Director Jaap van Zweden will need the support of Borda and the NYPO board if he is to not relive Gilbert’s epitaph.

Incidentally, for Gilbert, the well-known phrase, “When one door closes, another opens,” has come true. He has been named he next chief conductor of the NDR Elbphilharmonie Orchestra in Germany. Unlike the NYPO, which faces the daunting task of raising millions of dollars for a multi-year renovation project of its home, David Geffen Hall, the NDRE’s home is a new $843 million concert hall that overlooks Hamburg’s harbor — it opened earlier this year and has received rave reviews for its looks and strong reviews for its sound.

In the case of Auguin, several factors appear to be in play for the board’s decision to not renew his contract, many of which are spelled in Anne Midgette’s Washington Post article HERE. Part of this — according to Midgette — seems to be a power play between Auguin and the company’s artistic director, Francesco Zambello. Part of it appears to be a conscious decision to move away from the music in which Auguin is most comfortable into areas where he has not been asked to conduct.

Throughout its history, the L.A. Phil has had its share of short-term music-directors. Carlo Maria Giulini succeeded Zubin Mehta after the latter’s run of 16 years. Giulini stayed only six seasons, although his tenure was cut short by his wife’s serious illness. Giulini’s successor, André Previn, lasted just four years until he was succeeded by Salonen, who set a record with his 17-year tenure, and Dudamel, who became LAPO music director in 2009 and is under contract through 2022.

BTW, for those keeping score, at the end of her post on Auguin’s departure HERE, Lisa Hirsch in Iron Tongue of Midnight has a list of orchestras with open music director positions and those recently filled.
________________________ 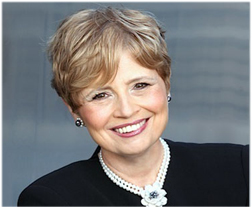 As you can see by the post ABOVE Deborah Borda (pictured left) is leaving her position as President and CEO of the Los Angeles Philharmonic to take a similar position with the New York Philharmonic, effective Sept. 15.

It is a move that has rocked the classical music world, but in reading the various press reports I was struck by two reasons she advanced.

First, the move means that she and her partner, Coralie Toevs, assistant general manager for development at the Metropolitan Opera, will now be able to live in the same city as opposed to being 2,500 miles apart. Second was this quote: “This is an opportunity,” she said [to L.A. Times critic Mark Swed), “that won’t come up again.”

That’s undeniably true. At age 67, Borda would not likely have the chance to return to her native New York City and take on the NYPO challenge (one that she had already tried before coming to Los Angeles). So if that floats her boat, my feeling upon reading the news was, “You go, girl!”

If the news was shocking to the music world, one presumes that it wasn’t completely unthinkable to the L.A. Phil board, at least not if that group was doing its normal due diligence. Executives leave for any number of reasons when they reach her age and, one hopes, the LAPO board has had in place some sort of succession plan. In the short term, the Phil’s management seems very strong and capable of moving forward while the board undertakes its search for Borda’s successor. Various reports indicate that planning for the orchestra’s centennial season in 2018-2019 is well underway.

Nonetheless, the news brings to an abrupt close a magnificent chapter in the Phil’s history. During Borda’s 17-year-tenure she has balanced budgets, helped increase the orchestra’s endowment from $45 million to about $276 million, led the organization as it achieved remarkable labor relations with its musicians (there hasn’t been a work stoppage in half a century), was integrally involved in the opening of Walt Disney Concert Hall in 2003, and — in perhaps her greatest decision — gambled on a very young Gustavo Dudamel to succeed Esa-Pekka Salonen as the L.A. Phil’s music director.

Borda has also been instrumental in continuing and expanding the Phil’s emphasis on creating new music, something that has made the LAPO the envy of the classical music world. In addition, she has nurtured an extensive number of young conductors who have moved on to major roles around the world, including Miguel Harth-Bedoya, Lionel Bringuier and Mirga Gražinytė-Tyla. In the upcoming season, Susanna Mälki will become the Phil’s Principal Guest Conductor, a title not used for more than 20 years at the Phil.

She certainly faces major challenges with the New York Philharmonic. The current music director, Alan Gilbert, leaves after this season and his replacement, Jaap van Zweden, doesn’t officially start until the 2018-2019 season. The Phil’s current home, David Geffen Hall (aka Avery Fisher Hall) will undergo a major renovation if Borda and her new board can manage to raise somewhere in the neighborhood of $400 million.

During the reconstruction the NYPO will be homeless for at least two years, although I suspect that Board will solve this problem with her usual innovative skills — in fact, I believe this will turn out to be the capstone of her tenure in New York.

With prestigious orchestras — the New York Philharmonic and Berlin Phil — and others searching for new music directors, today’s announcement (LINK) that Gustavo Dudamel’s contract with the Los Angeles Philharmonic has been extended through the 2021-22 season may have put a spoke into several wheels.

Along with the extension — which means the now-34-year-old Dudamel will lead the LAPO for at least 13 seasons — he has added the title of Artistic Director to his current Music Director post. No financial terms were detailed; the Los Angeles Times reported that Dudamel was paid $1.44 million in 2012, according to tax returns. The announcement came during the final leg of LAPO’s Asian tour, which wraps up Sunday in Tokyo.

Given that Dudamel seems fully invested as music director of the Simón Bolivár Symphony Orchestra (flagship of Venezuela’s El Sistema program), it seems unlikely that he could maintain that post, the LAPO position, and a music directorship in either Berlin and/or New York unless he wants to be the reincarnation of Valery Gergiev, the world’s most peripatetic maestro these days.

The same situation would seem to be the case with another high-profile conductor, Yannick Nezét-Seguin, who recently re-upped with the Philadelphia Orchestra through 2022.
_______________________

Another major American symphony orchestra is looking for a music director, following today’s announcement that the National Symphony Orchestra in Washington, D.C. will not renew Christoph Eschenbach’s contract when it expires following the 2016-2017 season. He become Conductor Laureate for three years.

The NSO joins the New York Philharmonic on the lookout; the NYPO’s music director, Alan Gilbert, will leave after at the same time as Eschenbach (LINK).

Cleaning out the inbox with items that you may or may not
have seen:

Andrew Norman will become the Los Angeles Chamber
Orchestra’s Composer-in-Residence for a three-year term beginning in July. He
will succeed Derek Bermel and become the eighth person to hold the LACO post,
which includes funding for a new composition and an opportunity to work in
various educational opportunities. Norman, 32, was raised in central
California, studied at USC and Yale, and now lives in Brooklyn. A Los Angeles
Times story is HERE.

Los Angeles Opera has paid off half of the $14 million it
borrowed from Bank of America in 2009 during a liquidity crisis while it was
producing Wagner’s Ring cycle at the
Dorothy Chandler Pavilion. The loan was guaranteed — not made — by Los Angeles
County and the early repayment saves the company about $350,000 in interest
charges.

The financial crisis for arts organizations has apparently
struck Trinity Church in New York City. Anne Midgette of the Washington Post has the story HERE.
(Incidentally, it’s good to have Anne back on the “beat;” she was out on
maternity leave.).

You’ve undoubtedly heard about Alan Gilbert, music
director of the New York Philharmonic, who stopped a recent performance of
Mahler’s Symphony No. 9 because of a persistently ringing cell phone. Tim Smith
in the Baltimore Sun has a followup
on this story with threads back to the original story HERE.

A new opening on Broadway is The Gershwin’s Porgy and Bess, which has drawn greatly mixed
reviews. You may remember this as the musical that was savaged by Steven
Sondheim in a letter to the New York
Times last year (LINK). Martin Bernheimer’s review in London’s Financial Tines is HERE; predictably
pulls no punches.

I include this final story just because it’s so
beautifully crafted and poignant (LINK). Daniel J. Wakin in The New York Times writes about what
it’s like for a family to sell one of the world’s most famous cellos, the Countess of Stainlein, ex-Paganini of
1707, played for 54 years by Bernard Greenhouse, a founding member of the
Beaux Arts Trio.

Perhaps the key paragraph is what follows:

“Through the optic of history, those in possession of these
instruments are caretakers, not owners. For their players, the transfer to the
next caretaker symbolizes the end of performing, the termination of an artistic
prime, the memories of which reside in long-used instruments. “The violin is
not only a friend,” said Aaron Rosand, 84, once a prominent soloist in the
tradition of the great Romantics like Oistrakh, Milstein and Heifetz. “It’s
something that you live with. Every day it becomes more dear to you. It’s
almost like a living thing. You treat it carefully; you treat it gently. It
talks to you,” he said. “You’re caressing your instrument all the time. Parting
with an instrument that has become such a wonderful friend is just like losing
a member of your family.”

I resonated to this story. My former wife was a concert
pianist and I was with her when she bought her Baldwin piano. She spent most of
a day trying out Steinways but never found one that made her sing. Late in the
day, we went into the Baldwin showroom (she was age 17 at the time) and when
she sat down at this Baldwin L, it was love at first sight, a love affair she
never let go.

P.S. The comments are worth reading, as well.