UCLA officially broke ground on both the Wasserman Football Center and Mo Ostin Basketball Center this afternoon. Here’s a bit of footage to make you feel like you were right in the middle of the festivities.

Jim Mora thanked the Wasserman family for its contributions:

A virtual tour of what the football facility should look like:

A virtual tour of what the basketball facility should look like:

Both are projected for completion by around fall 2017.

UCLA will break ground on its new football and basketball practice facilities in August, less than two years after fundraising first began.

An official ceremony will be held on Thursday, Aug. 27 for both the Wasserman Football Center and Mo Ostin Basketball Center, west of Spaulding Field and southwest of Pauley Pavilion. Football and basketball head coaches Jim Mora, Steve Alford and Cori Close will be present, as will donors Casey Wasserman and Mo Ostin.

“This is confirmation that UCLA will continue as the premier intercollegiate athletics program in the nation while remaining a force to be reckoned with well into the future,” athletic director Dan Guerrero said in a statement. END_OF_DOCUMENT_TOKEN_TO_BE_REPLACED 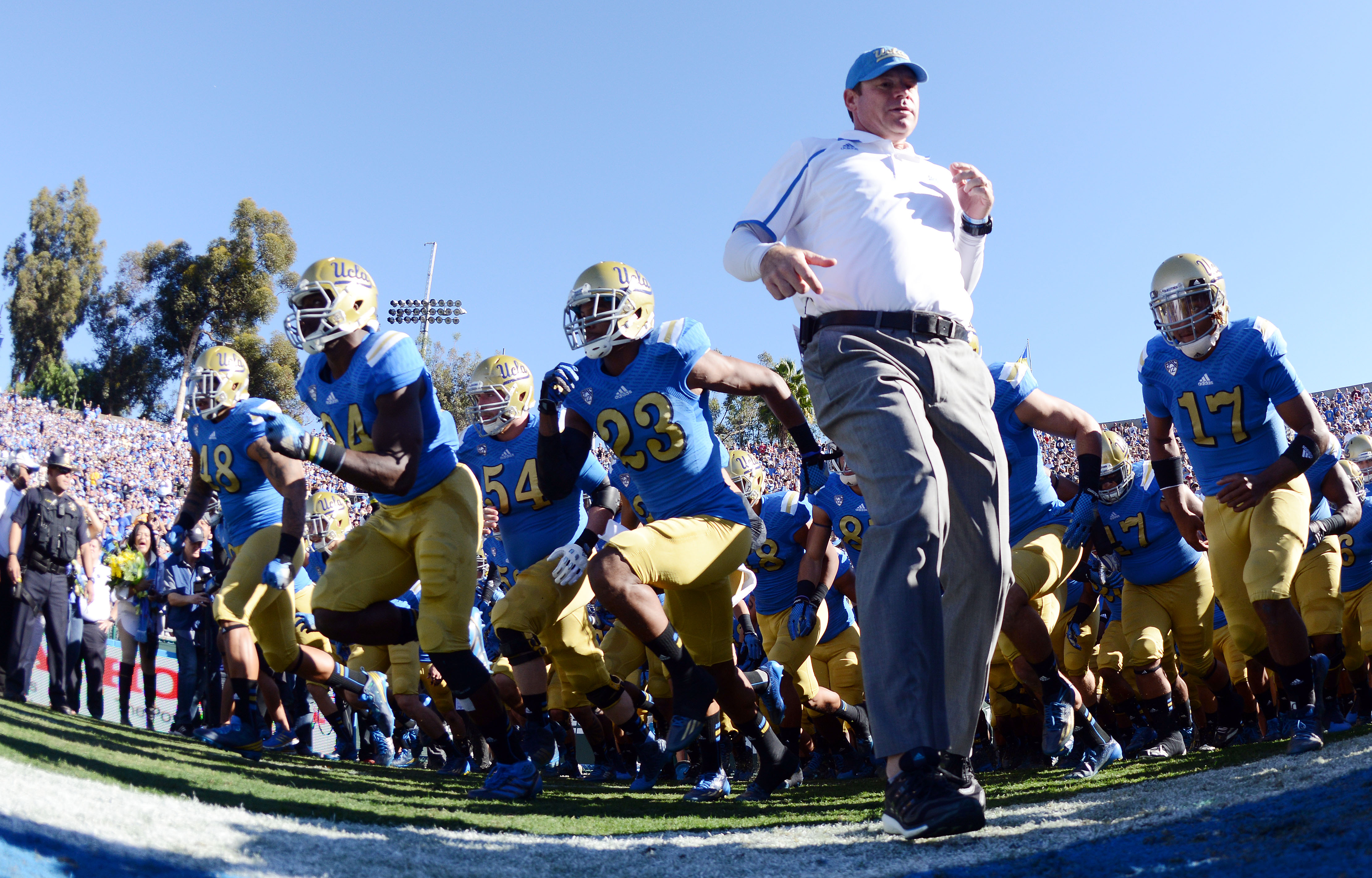 Jim Mora has led UCLA to 29 wins over the past three seasons. He’s pictured here as the Bruins run out of the Rose Bowl tunnel against Stanford last November. (Will Lester/Staff)

We at the Los Angeles News Group released our first-ever ranking of the top 50 most powerful sports figures in the city today, and there was definitely a UCLA presence.

At the very top is Bruin alum and booster Casey Wasserman, whose surname will grace the school’s new football facility. Athletic director Dan Guerrero comes in at No. 28, and football coach Jim Mora at No. 33.

The ranking also branched out beyond, well, humans. The Rose Bowl checks in at No. 20.

Click through to see the rest of the list. Feel free to express your approval/outrage in the comments below.