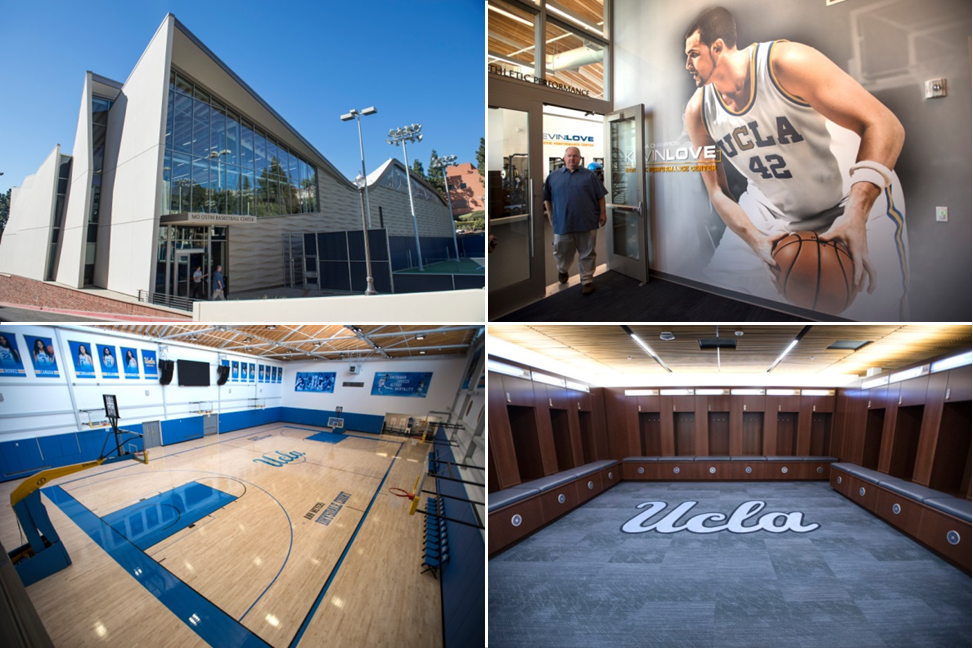 More than two years since UCLA broke ground on the Mo Ostin Basketball Center, the school unveiled the $35-million facility Thursday in an official grand opening ceremony with Mo Ostin in attendance.

The facility includes exclusive practice courts and locker rooms for both the men’s and women’s basketball teams, a weight room, a training room with hot and cold tubs and a video room.

While it’s intended to help the current and future student athletes, it also honors alumni with alumni locker rooms and an all-time letter winners wall that lists the rosters of both teams for every year of the school’s history.

More on the new facility including a photo gallery 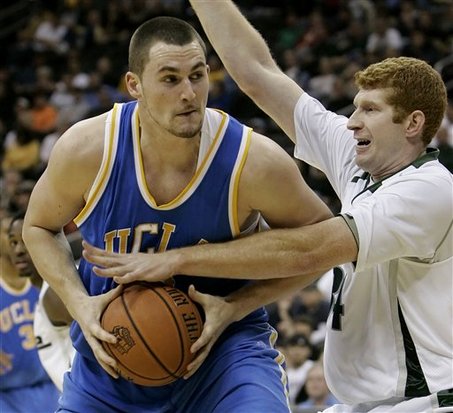 The UCLA athletic department announced a record-tying donation to the Mo Ostin Basketball Center from former UCLA basketball player Kevin Love on Tuesday as the NBA champion matched his former college teammate Russell Westbrook’s donation that was the largest by a former basketball player.

In honor of the gift, UCLA will name the new basketball-specific strength and conditioning facility in the Ostin Basketball Center The Kevin Love Strength and Conditioning Center.

Love will be at the Rose Bowl on Saturday at UCLA’s football game against Stanford for the UCLA Olympians reunion after he helped Team USA to a gold medal at the London Olympics. He will be honored during the first quarter break.

“UCLA will always be my home,” Love said in a statement. “I have such fond memories of my time here from meeting Coach Wooden, to our run to the Final Four. I want to give back to the school and help prepare all the athletes who come through UCLA sports programs for their next steps, just like my time on campus prepared me.” 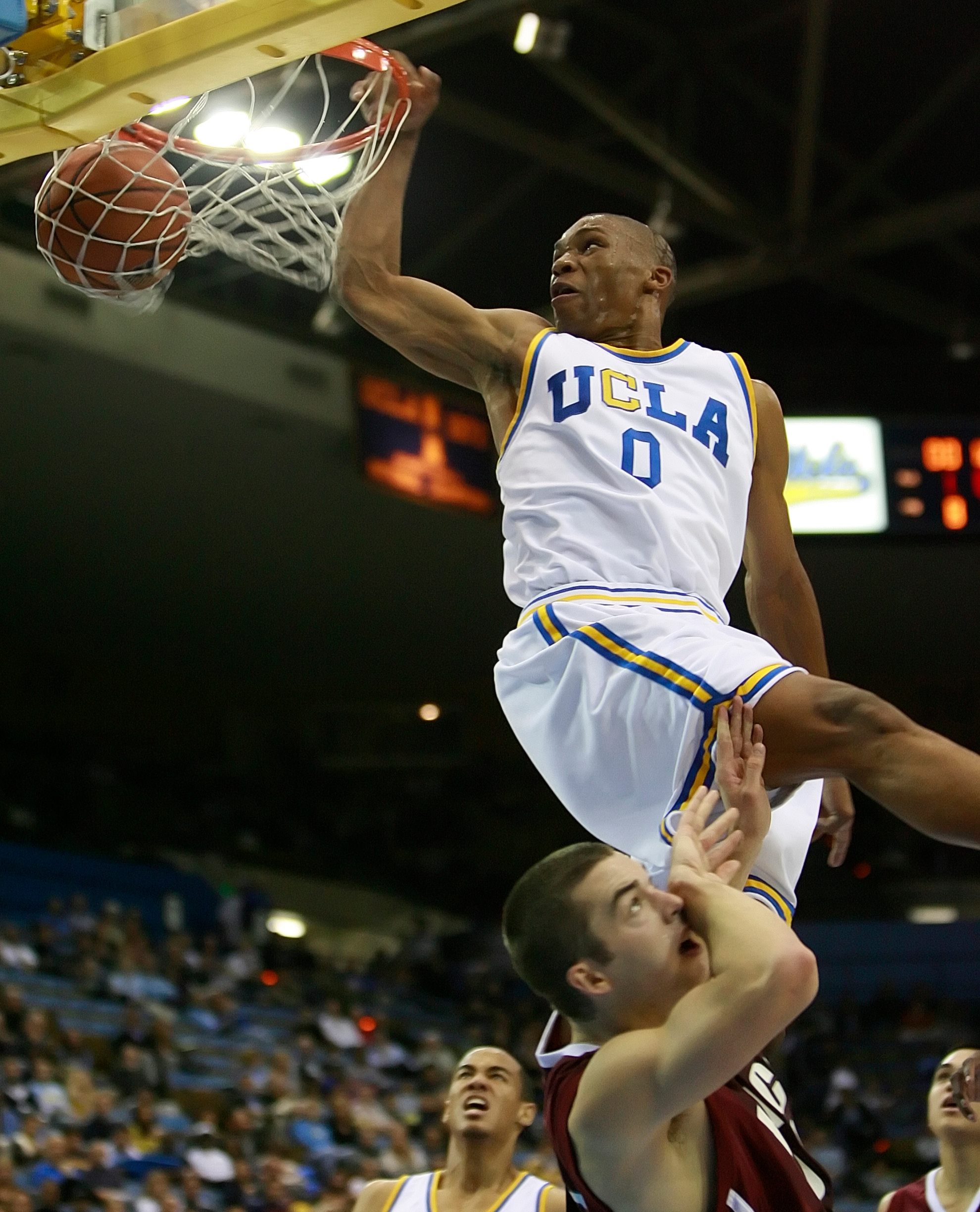 Russell Westbrook, who played two seasons for UCLA before entering the 2008 NBA draft, has made the largest donation ever by a former Bruin basketball player. (John Lazar/Staff)

The Oklahoma City Thunder star has given an undisclosed sum to the still-under-construction Mo Ostin Basketball Center, a figure that UCLA described as the largest donation ever by a former Bruin basketball player. The men’s practice court will be named Russell Westbrook Court.

“That’s an honor,” Westbrook said Monday. “When I heard that I was a little surprised. I can’t wait until it’s all said and done to go in and shoot.”

He added that he still returns to Westwood during the summer to work out at least twice a week.

Part of two Final Four runs in his two college seasons, the 6-foot-3 point guard was named the Pac-10 Defensive Player of the Year in 2008, and left school that same year to become the fourth overall pick in the NBA draft. He has since become a four-time All-Star, and led the league in scoring last season at 28.1 points per game.

He will be formally recognized at Pauley Pavilion during the Bruins’ game against Arizona on Jan. 7.

In July, UCLA stated that it had raised $16 million toward its new basketball facility, including $10 million from record executive Mo Ostin. On Monday, the school said that it now has $17 million toward its goal of $25 million. The building is slated for completion in 2017.

UCLA officially broke ground on both the Wasserman Football Center and Mo Ostin Basketball Center this afternoon. Here’s a bit of footage to make you feel like you were right in the middle of the festivities.

Jim Mora thanked the Wasserman family for its contributions:

A virtual tour of what the football facility should look like:

A virtual tour of what the basketball facility should look like:

Both are projected for completion by around fall 2017.