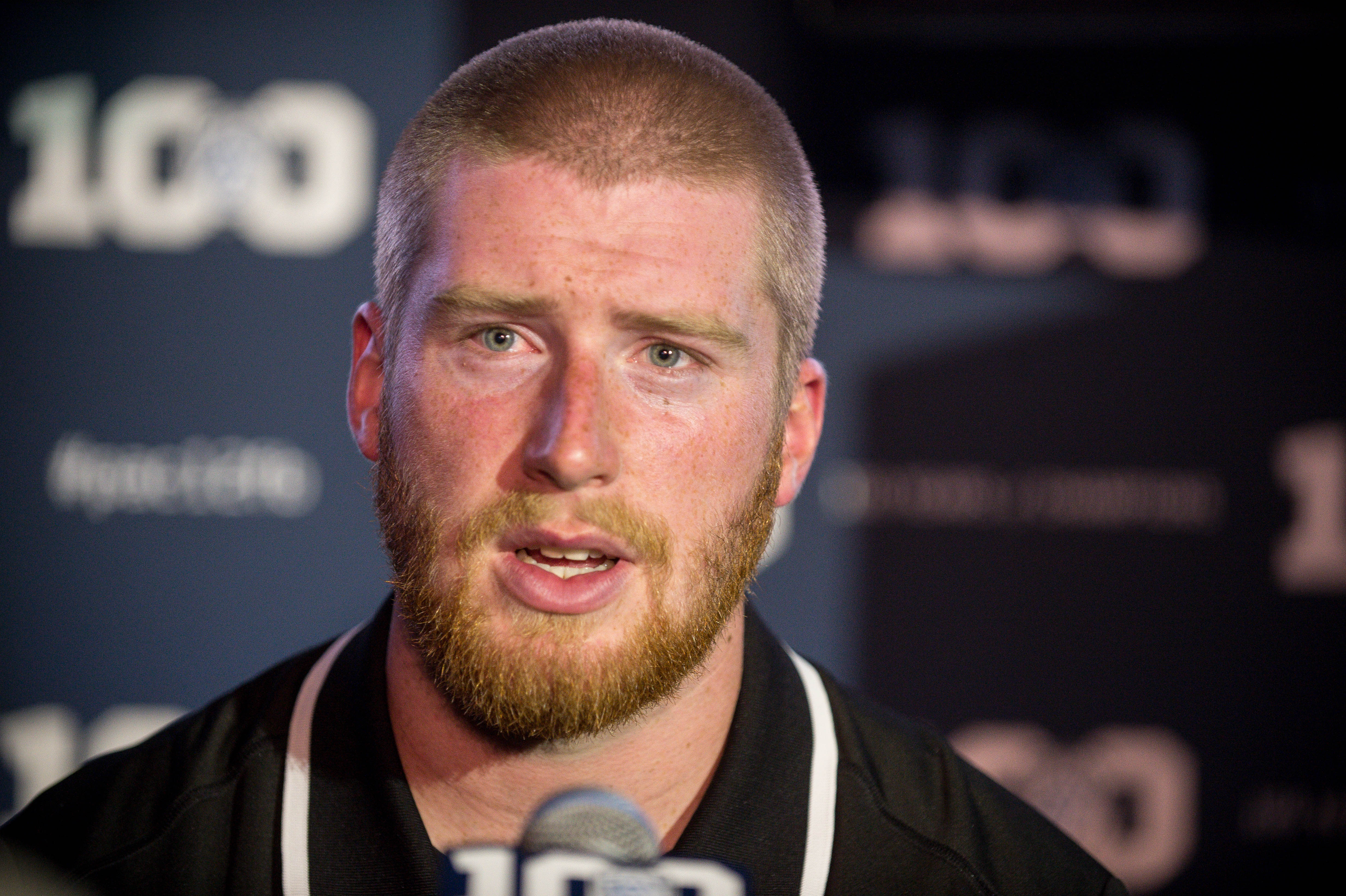 UCLA center Jake Brendel talked about potentially going 4-0 in his career against USC, and how the offensive line has handled recent changes to its first-string lineup.

UCLA has added a much needed prospect to its 2016 class in offensive guard Michael Alves.

Rivals.com rates he San Diego St. Augustine standout as a four-star recruit, and one of the top 20 guards in the country. Scout.com gives him three stars and a No. 2 ranking among California recruits at his position.

The 6-foot-4, 310-pound Alves is only the second offensive line recruit on track to sign with the Bruins next February. Three-star center Sean Auwae also picked UCLA back in August.

An offensive line that has allowed a conference-low 10 sacks this season will graduate center Jake Brendel, who has more career starts than any Bruin in school history. Starting left tackle Conor McDermott, a 23-year-old redshirt junior, is also a candidate to declare for the NFL draft.

UCLA has only allowed nine sacks this season, the lowest mark in the Pac-12 and the among the 16 best in the country. Center Jake Brendel credits that to the cohesion of the offensive line, one that exists even when the Bruins sub in reserves such as redshirt freshman Kolton Miller and true freshman Fred Ulu-Perry.

“The offense and the offensive line have really come together and really trusts in each other,” he said. “Built a bond that you really can’t find in other places. … It’s not always the position that you play at or the people that are at each position. It’s more of the friendship and the bond that you have.”