Conor McDermott is ready to get to work. #PatsDraft pic.twitter.com/sSNJmWH3s9

The defending Super Bowl champion New England Patriots wanted Conor McDermott badly enough to trade up for UCLA’s left tackle, sending their sixth- and seventh-round picks to the Dallas Cowboys in order to move up for him in the sixth round.

McDermott may be a long-term project for the Patriots, but his 6-foot-8 frame and exceptional athleticism give him plenty of upside. A tight end weighing around 240 pounds when he arrived at UCLA, the 307-pound fifth-year senior needs to make significant gains in the strength department in order to be an NFL-caliber offensive tackle.

A second-team All-Pac-12 selection his junior and senior seasons at UCLA, McDermott was expected to go anywhere from the fifth round to the seventh round. The Patriots made him their second offensive tackle of the draft after picking Troy tackle Antonio Garcia 83rd overall in the third round.

The two draft picks will have plenty of competition with four other tackles on the Patriots roster: Nate Solder, Marcus Cannon, Cameron Fleming and LaAdrian Waddle. McDermott’s quick feet – he won a basketball state championship at Ensworth High School in Nashville, Tenn. – give him plenty of upside should he add weight and get stronger.

@ConorMcD68 congrats bro I told you 4 years ago you had it. Now keep grinding to become the best OT in the league @UCLAFootball

Congrats to my man @ConorMcD68 don’t beat up on my Fins too bad https://t.co/rzCu36golW

Here are links to prepare for the NFL Draft: END_OF_DOCUMENT_TOKEN_TO_BE_REPLACED

Former UCLA offensive lineman Conor McDermott participated in his on-field workout at the NFL Combine on Friday, finishing among the top five performers at his position in the 3-cone drill and 20-yard shuttle.

His 5.18-second 40-yard dash ranked 13th at his position while his 28.5-inch vertical jump ranked eighth.

McDermott also had an 8-foot, 9-inch broad jump, which did not crack the top 15.

Jayon Brown, Eddie Vanderdoes and Takkarist McKinley will have their on-field workouts on Saturday, while Fabian Moreau is scheduled to workout with the other defensive backs on Sunday. You can watch the workouts live on NFL Network. 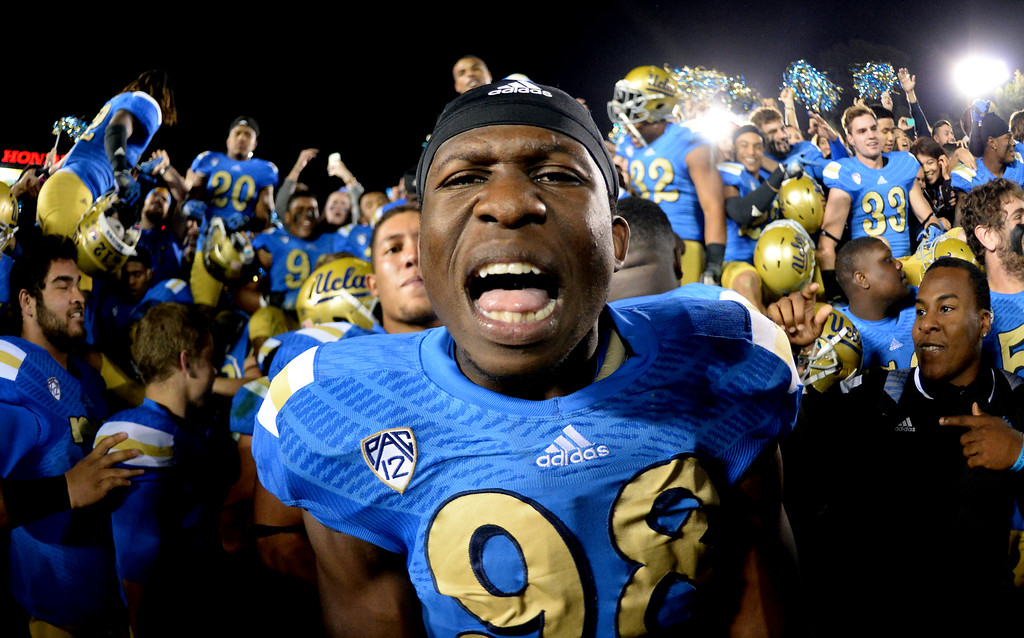