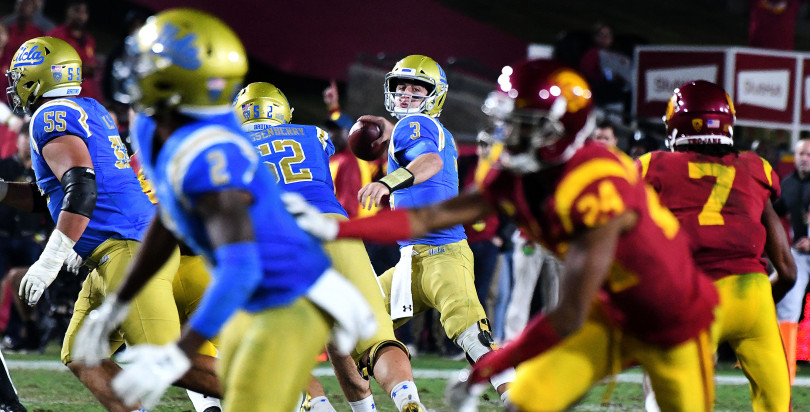 UCLA was a 16-point underdog against No. 11 USC, and lost by five, but left at least nine easy points on the field in its 28-23 loss to the Trojans on Saturday at the Coliseum.

The Bruins (5-6, 3-5 Pac-12) lost their third straight game to USC and it cost head coach Jim Mora his job as UCLA announced his firing on Sunday morning.

Offensive coordinator Jedd Fisch will take over as interim head coach as the Bruins have a chance to secure bowl eligibility on Nov. 24 at the Rose Bowl against California.

Here are links to wrap up Mora’s final game with the Bruins:

*No full “about last night” review this week. There are a few other things to take care of this Sunday after all. 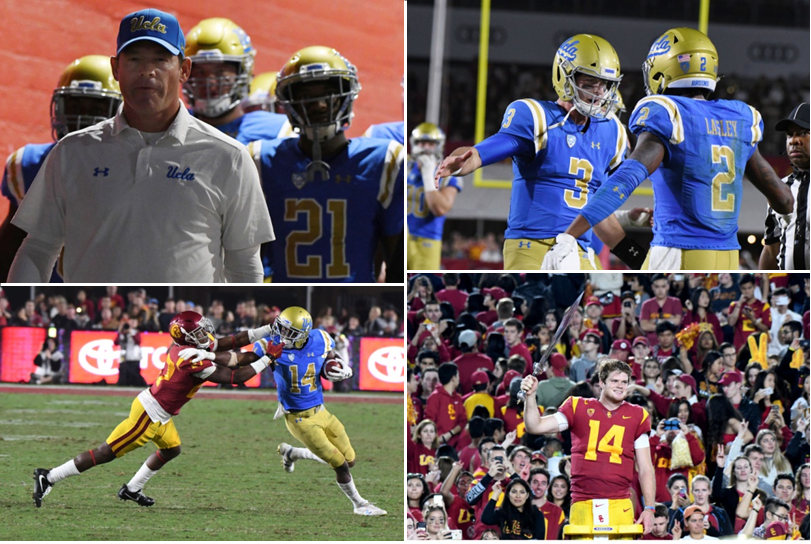 Click the photo above (or HERE) to see photos of UCLA’s 28-23 rivalry loss to USC on Saturday at the L.A. Coliseum.

Above, clockwise from top left: Jim Mora leads UCLA out of the tunnel; Josh Rosen and Jordan Lasley celebrate a touchdown; Sam Darnold celebrates the win; Theo Howard catches a pass against USC’s Ajene Harris. (All photos by Keith Birmingham/SCNG)

UCLA outgained USC and gave up a season-low in rushing yards, but still left the L.A. Coliseum on Saturday night with a 28-23 loss, their third straight in the rivalry series.

Here’s how fans reacted to the loss:

END_OF_DOCUMENT_TOKEN_TO_BE_REPLACED 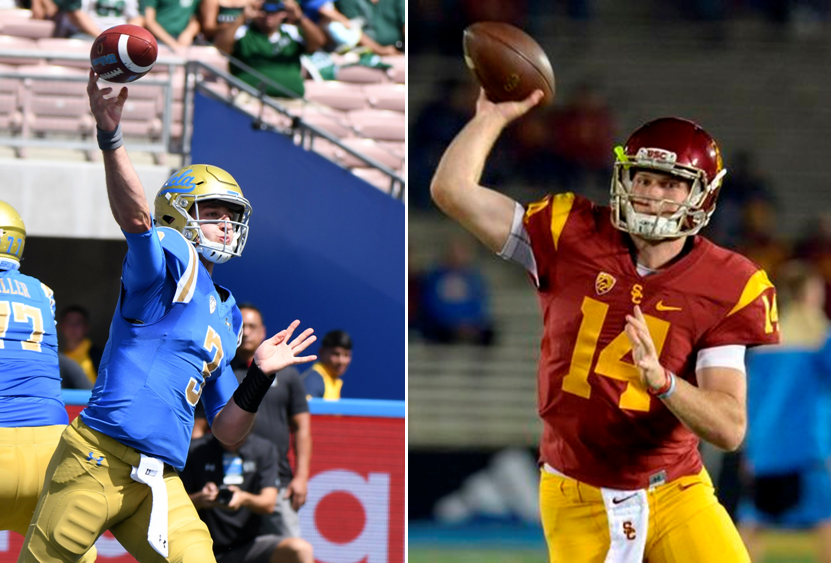 Josh Rosen (left) and Sam Darnold will face off for the first time Saturday when UCLA and USC renew their rivalry at the L.A. Coliseum. (Photos by Keith Birmingham/SCNG)

The second UCLA officially wrapped up its win against Arizona State last week, the focus shifted to Saturday’s rivalry game.

“Beat ‘SC! Beat ‘SC!” the crowd chanted at the Rose Bowl as the Bruins walked off the field.

UCLA will try to break a two-game losing skid against USC on Saturday at 5 p.m. and has it first chance of the year to secure bowl eligibility.

Links to all your necessary pregame reading: 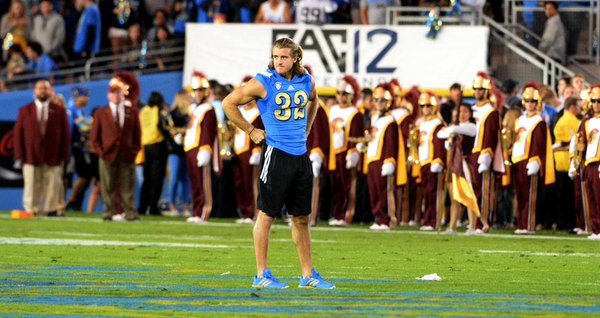 I like the physicality with which Mossi Johnson plays, but if Jaleel Wadood is healthy, I expect them to go back to him. For Wadood’s mistakes, the coaching staff still trusts him. I don’t expect them to put Lokeni Toailoa in on defense much, if at all, because his playing time forces Kenny Young out of the middle linebacker spot. We’ve gone over that already here. END_OF_DOCUMENT_TOKEN_TO_BE_REPLACED