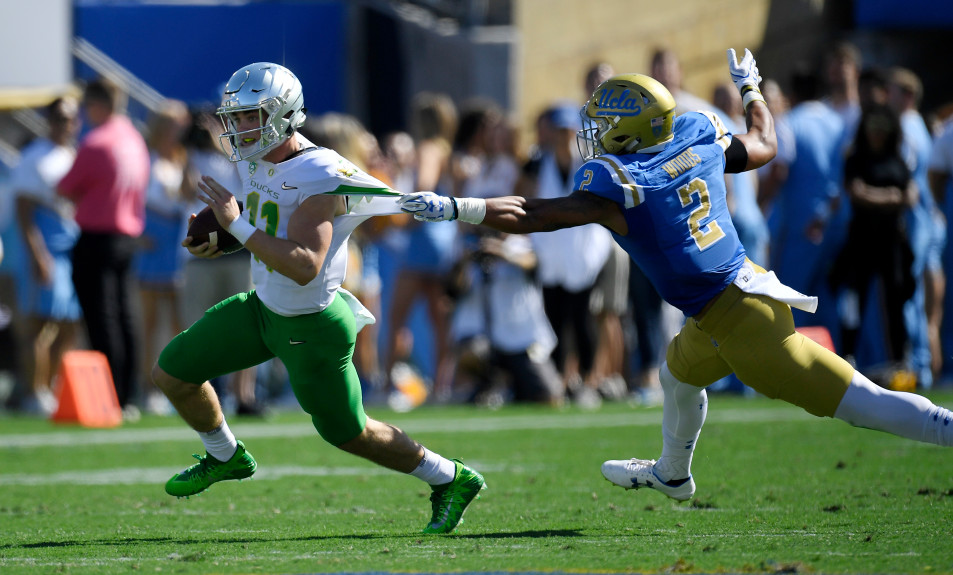 UCLA linebacker Josh Woods was named second-team all-academic by the Pac-12 on Thursday.

The junior from Upland High has a 3.33 GPA while majoring in sociology. To be eligible for the conference’s all-academic teams, a player has to have a minimum 3.0 GPA while appearing in at least 50 percent of his team’s games. Injuries and illness do not count against the game appearance criteria.

Woods had 30 tackles in seven games with 3.5 tackles for loss and one sack before suffering a season-ending shoulder injury against Oregon.

Linebacker Josh Woods talks about how he spent his one-half suspension against Memphis, what the linebackers need to improve on and what he told Osa Odighizuwa about having to sit out a half. 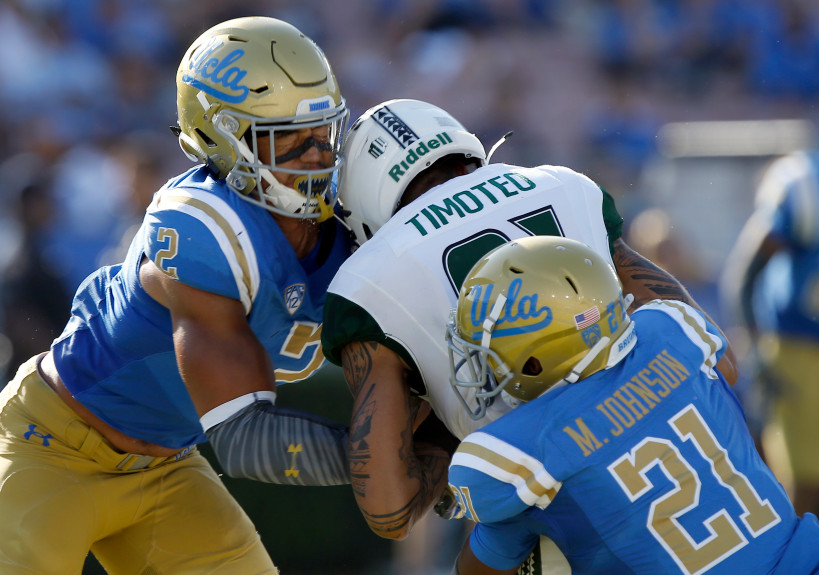 UCLA doesn’t officially discuss injuries during the season, so when it comes to the statuses of other players, here’s what we know and can speculate: END_OF_DOCUMENT_TOKEN_TO_BE_REPLACED

Linebacker Josh Woods talks about his versatility at the position, what he likes about playing with Lokeni Toailoa and why he supports Josh Rosen 100 percent.

Linebacker Josh Woods talks about being a leader as a 19-year-old junior and moving back to the weakside linebacker position.