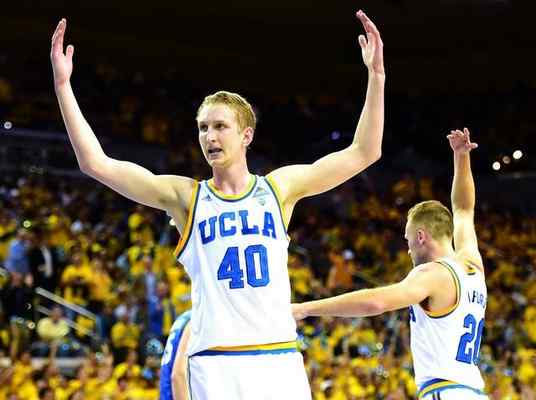 Thomas Welsh, with his midrange jumper, is one of many potent weapons UCLA has on offense. HARRY HOW — GETTY IMAGES

The team that successfully imposes its will on offense will likely be the one to emerge from Sunday’s NCAA Tournament second-round matchup between the No. 3-seeded Bruins and the No. 6-seeded Bearcats at 6:40 p.m. PT in Sacramento.

“We’ve got to keep that ball moving whether we’re at half court or at the full court,” UCLA head coach Steve Alford said. “We’ve got to make sure our spacing is good, our cutting is sharp, our screens are good and physical and the ball moves. If it doesn’t and it becomes a grind that favors them.”

UCLA (30-4) is trying to advance to its third Sweet 16 in four years under Alford. Cincinnati (30-5) is in its seventh straight NCAA Tournament.

Links to preview the game: 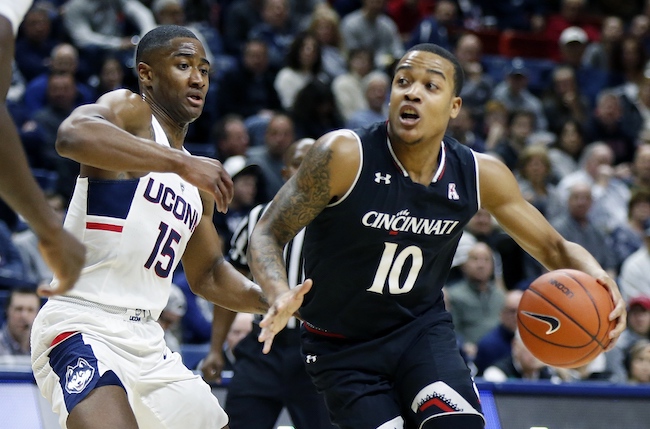 Although Cincinnati is known as a stifling defensive team, it’s the team’s offense that will be the key in Sunday’s second-round NCAA Tournament game against UCLA.

“Our defense is just as bad as everybody else’s if we’re on the run,” Cincinnati head coach Mick Cronin said. “We’re on the run defensively and our scouting report is out the window.”

Cronin said it’s imperative that the Bearcats are efficient on offense. They must get offensive rebounds, make shots or gets fouled. Absolutely no live-ball turnovers, guard Troy Caupain said. Once opponents misstep on offense, then UCLA gets out in transition and delivers lethal blows as a dizzying rate. 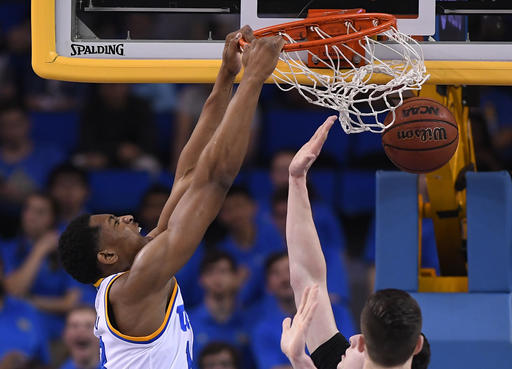 After missing UCLA’s first-round game against Kent State on Friday with a sprained foot, forward Ike Anigbogu is slated to make his NCAA Tournament debut in the second round against Cincinnati.

Head coach Steve Alford said Saturday that he expects Anigbogu to play Sunday. Before practice, the 6-foot-10 freshman was seen without his protective walking boot.

“He’s improving great and we expect him to play,” Alford said.

The coach added that Anigbogu was “pretty close” to playing Friday, but said “it’s always the student-athlete’s best interest in mind first and we felt like he needed more time.”

Freshman Lonzo Ball‘s bruised hip shouldn’t be a problem. Alford said he believes Ball will be “close to 100 percent tomorrow” and that the hard fall just “stung him a little bit.” 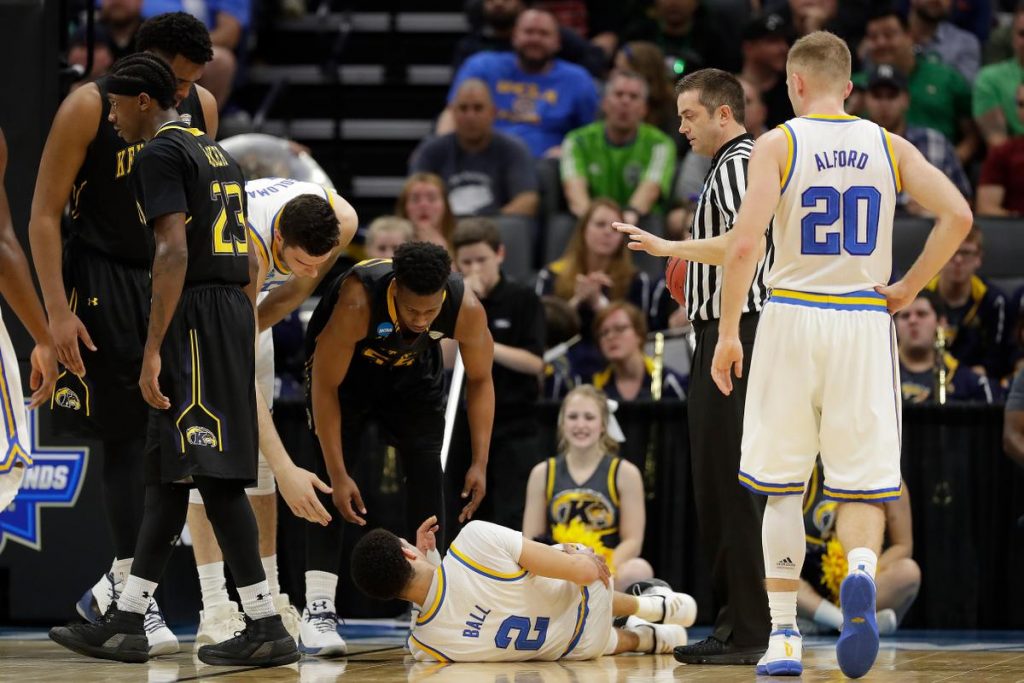 SACRAMENTO, CA – MARCH 17: Lonzo Ball #2 of the UCLA Bruins is helped up after falling to the court and sustaining an injury against the Kent State Golden Flashes during the first round of the 2017 NCAA Men’s Basketball Tournament at Golden 1 Center on March 17, 2017 in Sacramento, California. (Photo by Jamie Squire/Getty Images)

The freshman played through a right hip bruise to set UCLA’s single-season assist record at 257, surpassing Larry Drew II‘s mark of 256 from the 2012-13 season, as the Bruins advanced to the second round of the NCAA Tournament with a 97-80 win against Kent State. The Bruins (30-4) face Cincinnati on Sunday at 6:40 p.m. PT on TBS.

Ball played 17 minutes during the second half after suffering the minor injury and said afterward simply his hip is “fine.”

The greater concern is forward Ike Anigbogu, who missed Friday’s game with a sprained foot. He suffered the injury in practice Tuesday and was still in his protective boot while sitting on the bench Friday. According to a UCLA spokesperson, the freshman is still day-to-day. Alford said he’s hopeful that the 6-foot-10 forward will be back.

Against an undersized Kent State team, the Bruins didn’t miss Anigbogu much. They’ll surely need him against sixth-seeded Cincinnati.

The Bearcats (30-5) easily got past Kansas State 75-61 in the first round Friday. They scored 34 points in the paint and outrebounded the Wildcats 31-23. Kyle Washington, a 6-foot-9 forward, had 16 points and four rebounds while fellow forward Gary Clark had 15 points and seven rebounds. Guard Troy Caupain led the Bearcats with 23 points.

UCLA tips off in the first round of the NCAA Tournament against Kent State at approximately 6:57 p.m. PT in Sacramento. Follow our live updates below: