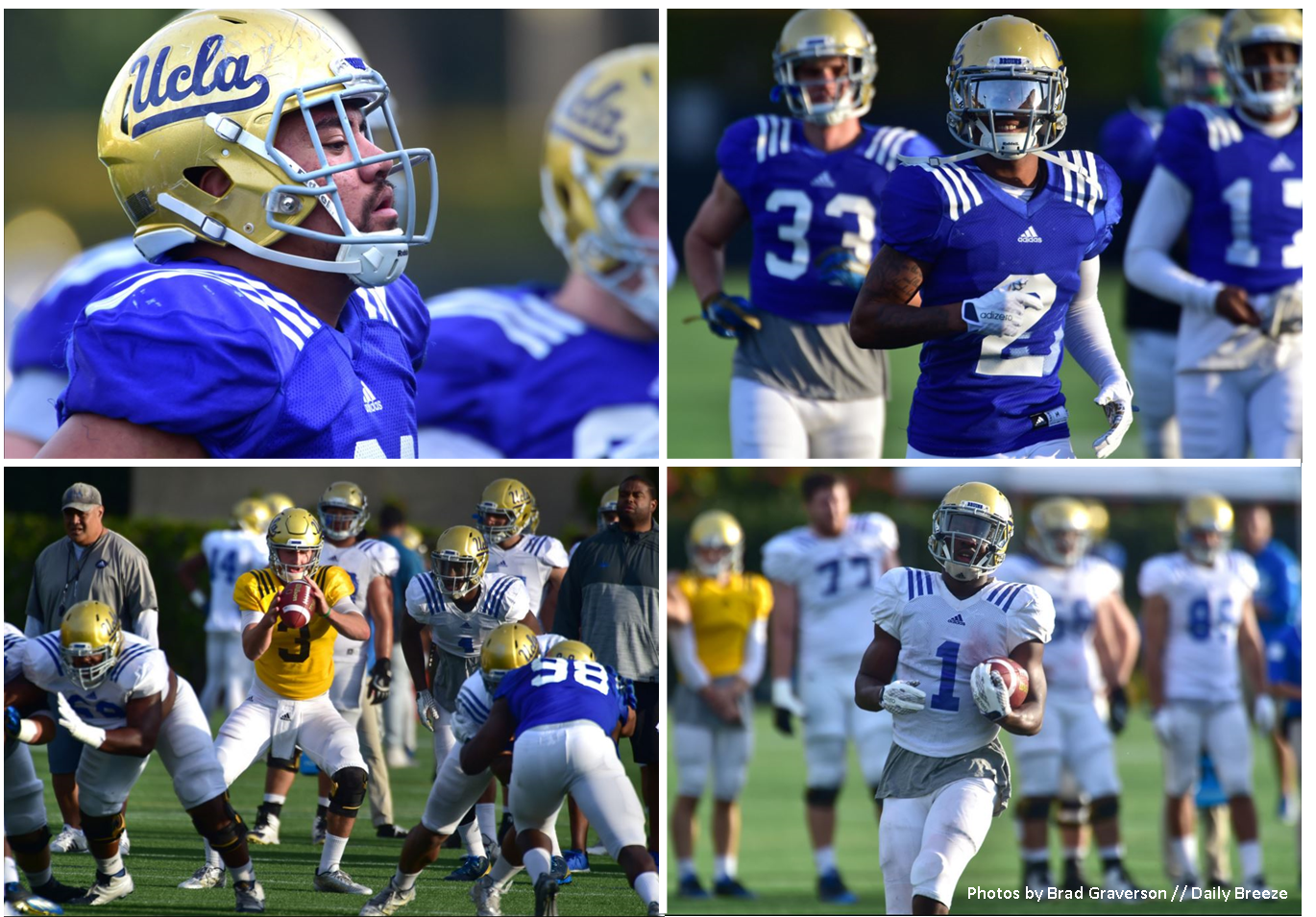 Here’s the practice report from Wednesday, which was another good day for the defense. 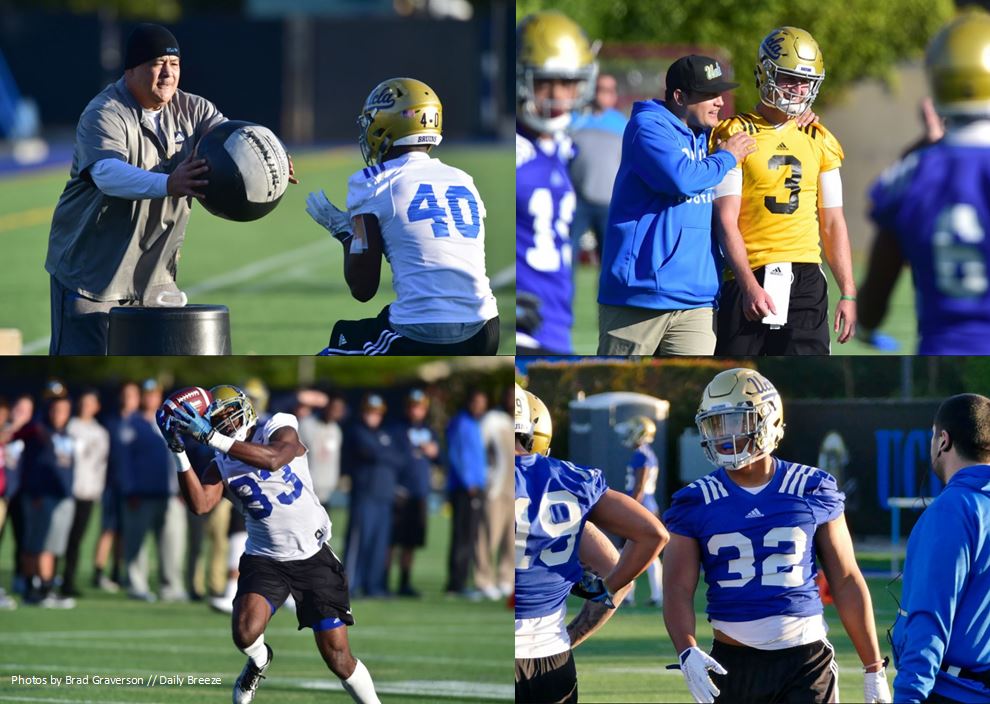 Practice notebook on Jim Mora’s aversion to the “pro-style,” Conor McDermott’s decision to return and Ishmael Adams’ move to offense

After falling behind early, UCLA never gained momentum in an 80-61 loss at USC — the Trojans’ first rivalry sweep since 2010. (Hans Gutknecht/Staff)

UCLA’s late comeback fell short in an 86-84 loss to Washington, one that dropped the Bruins to 3-5 in Pac-12 play. (Steve McCrank/Staff)

UCLA’s 89-75 loss to USC sows more doubt about the trajectory of Steve Alford’s third season with the Bruins. (John McCoy/Staff)

1. How much can UCLA improve its defense? There was little dispute about the main reason behind the Bruins’ 89-75 loss to USC on Wednesday night, one that stands at one of the ugliest home efforts of the Steve Alford era.

The team gave up 89 points and allowed the Trojans to shoot 45 percent from beyond the arc. The Bruins rank last in the Pac-12 in the former category, and eighth in the latter. Combine that lackluster defense with a potent but inconsistent offense — and a very tough schedule — and you get an average scoring margin of just +2.6. Every other team in the conference is above 4.0, and six are in double digits.

What’s the solution? Alford hinted at potential lineup changes, saying that freshman forward Alex Olesinski — who didn’t play at all against the Trojans — could get more minutes. The third-year coach also mentioned sophomore Gyorgy Goloman, who returned from a stress fracture in his leg and saw the floor for two minutes in his season debut. But both are role players who have combined for just 526 career minutes. It’s difficult to imagine them being able to transform the team’s defensive performance within the next month or so. END_OF_DOCUMENT_TOKEN_TO_BE_REPLACED