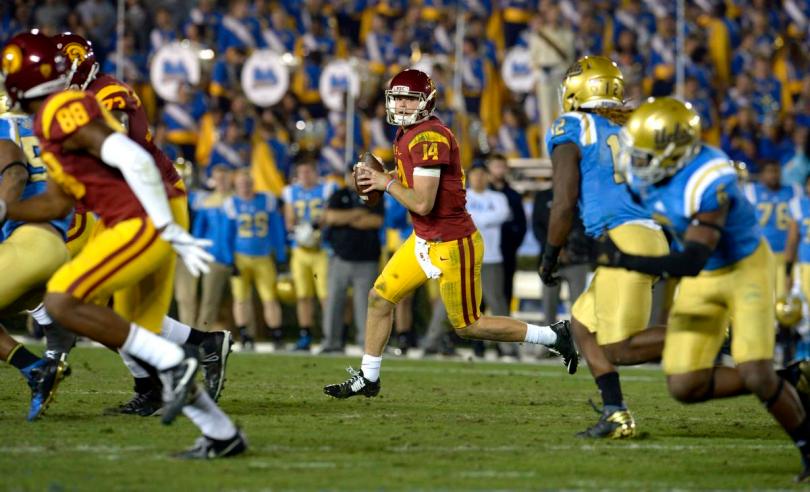 USC quarterback Sam Darnold (14) in the second half of a NCAA college football game against the UCLA Bruins at the Rose Bowl in Pasadena, Calif., Saturday, Nov. 19, 2016. USC Trojans won 36-14. (Photo by Keith Birmingham, Pasadena Star-News/SCNG)

USC sewed up its second Pac-12 South title in three years last weekend with its 38-24 win over Colorado. The Trojans built up a commanding 27-0 lead before giving up 14 straight points in the third quarter, which injected a fleeting moment of drama into the battle between the two previous Pac-12 South champions.

While winning three straight games since a demoralizing loss to Notre Dame, quarterback Sam Darnold has thrown for 906 yards and seven touchdowns, completing 63 percent of his passes. Running back Ronald Jones is also surging with 184 rushing yards per game in the past three games.

The Trojans leads the Pac-12 in sacks (36), but UCLA just neutralized Arizona State, which entered last week’s game as the second-leading sack team in the Pac-12. The Bruins didn’t give up a single sack last week for the first time in a game this season.

UCLA hasn’t won a conference game on the road in two years while the Trojans have a 15-game home winning streak. END_OF_DOCUMENT_TOKEN_TO_BE_REPLACED 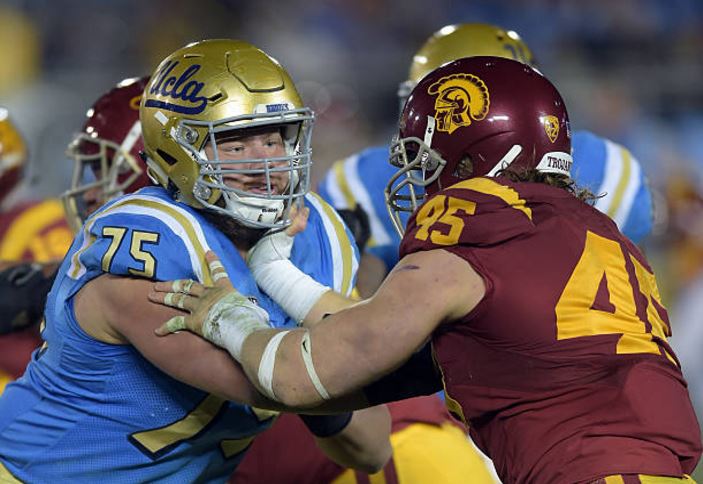 UCLA’s rivalry game with USC was the No. 1 pick for next weekend’s games by the Pac-12’s TV partners, so the two L.A. teams will kick off at 5 p.m. PT on ABC on Nov. 18 at the L.A. Coliseum, the conference announced Saturday.

Game times are usually announced 12 days in advance, but the Pac-12 had pushed UCLA’s game time to six-day selection with three other conference games, meaning TV partners could line up kick off times based on the results of this weekend’s games. USC won the Pac-12 South by beating Colorado on Saturday while UCLA beat Arizona State at home.

California and Stanford’s rivalry game was the second pick, getting the 5 p.m. slot on FOX. Utah at Washington was the third selection at 7:45 p.m. on ESPN, while Arizona at Oregon was left on Pac-12 Networks at 4 p.m. 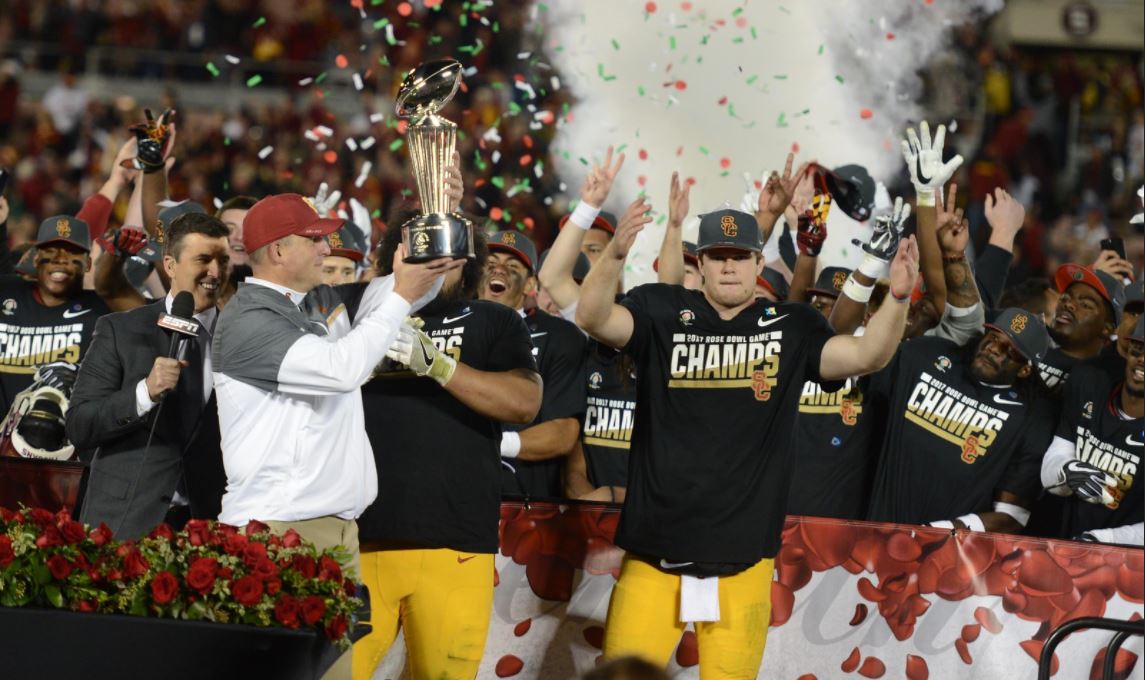 USC returned to the national stage with an epic record-setting Rose Bowl shootout. The Trojans aren’t willing to stop there.

“Of course (the College Football Playoff) is something we want to get to,” receiver Deontay Burnett said on the first day of spring practice.

With Sam Darnold at quarterback, the Trojans (10-3, 7-2 Pac-12 last year) are the favorite to win the Pac-12 Championship Game. Darnold is a frontrunner for the Heisman Trophy after leading the Trojans to their first Rose Bowl victory since the 2008 season and is eager to build on his success.

“I’m past the Rose Bowl,” said Darnold, who passed Vince Young for the Rose Bowl record for total offense with 473 total yards. “People know me from the Rose Bowl, but I feel I have a lot more to prove as a player and person.”