The skies are clear for today’s World Baseball Classic game between Puerto Rico and The Netherlands at Dodger Stadium.

Tomorrow’s game between the United States and Japan won’t be so dry.

Executives with MLB and the MLB Players’ Association met with the Dodger Stadium grounds crew and Earth Networks, a weather intelligence data provider Monday afternoon. A spokesperson for the league said that spotty rain is expected early tomorrow, followed by “light passing showers” until 9 o’clock. The same holds for Wednesday’s championship game.

However, the WBC organizers expect both games can be played without interruption.

“Batting practice on Wednesday is the only thing” that might be in jeopardy, the official said. If that’s the case, teams will take batting practice indoors.

It’s better than the alternative. The two semifinals and championship game are being treated like an MLB playoff series. That means if any game has to be postponed due to rain, it will be moved back a day.

First baseman Adrian Gonzalez was the only Dodgers player listed among the confirmed participants in the 2017 World Baseball Classic, released Monday by MLB. Gonzalez has played for Team Mexico every year a WBC has been staged. His brother, Edgar, is the manager.

Mexico is in a pool with Italy, Venezuela and Puerto Rico, and has the advantage of beginning pool play on home soil. The WBC begins March 7 and concludes with the semifinals and championship game at Dodger Stadium, March 20-22.

Dodgers minor leaguer Angelo Songco is on the roster for the team from the Philippines scheduled to play in the World Baseball Classic qualifying series beginning Feb. 11 in Sydney, Australia.

Songco, 27, recently signed a minor league contract with the Dodgers after spending last season in the independent American Association. The first baseman batted .339/.415/.580 for the St. Paul Saints.

Songco was born in Van Nuys and played collegiately for Loyola Marymount. Taken by the Dodgers in the fourth round of the 2009 draft, he reached as high as Double-A before the Dodgers released him in 2014.

The winner of the qualifying tournament between Australia, New Zealand, the Philippines and South Africa will advance to compete in the 2017 WBC.

This spring marks the second go-around for Alfredo Amezaga in the Dodgers organization. You’re forgiven for not remembering the first.

Amezaga signed a minor-league contract with the Dodgers in Feb. 2010, less than a year removed from major knee surgery. He didn’t play in spring training. He didn’t play in the regular season either, save for one game at Double-A Chattanooga. Amezaga spent nearly the entire season on the disabled list and became a free agent in October.

On the day the Dodgers learned that Hanley Ramirez would miss the next eight weeks with a thumb injury, it’s worth noting where Amezaga suffered the injury that caused him to miss all but 31 games in a two-year span: The 2009 World Baseball Classic.

END_OF_DOCUMENT_TOKEN_TO_BE_REPLACED 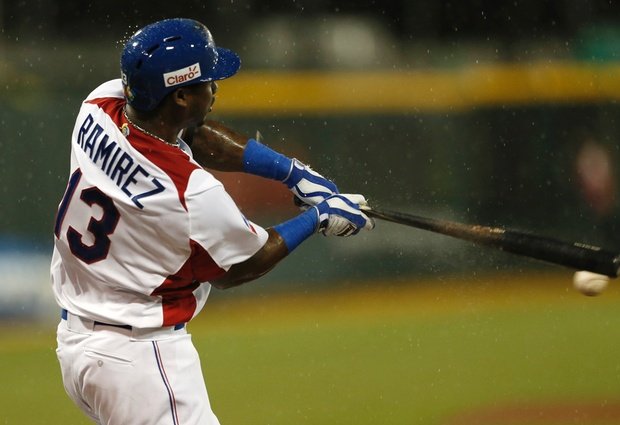 Dodgers shortstop Hanley Ramirez will have surgery to repair torn ligaments in his right thumb Friday in Los Angeles, the team announced. He is expected to miss eight weeks, which projects to May 17, the Dodgers’ 39th game of the season.

Dr. Steve Shin, a sports medicine hand specialist at Kerlan Jobe, will perform the surgery. Ramirez will have his thumb immobilized for 3 weeks.