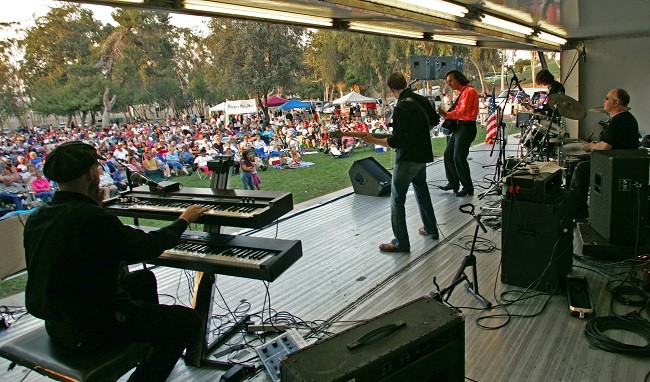 The summer will be filled with the sound of music in Rowland and Hacienda Heights. Puente Hills Concerts in the Park begins its season with a “Salute to America” on July 2. Concerts are held from 7 to 9 p.m. Tuesdays in Schabarum Regional Park.

“We have a 45-piece orchestra for our Fourth of July show. The Sounds of Cypress are a great band,” said Martha House, president of the nonprofit group. “Everyone is invited to come out and enjoy our shows.”

The concerts under the stars have become a big summer draw. Admission and parking are free. The fun events are supported by the Los Angeles County Parks and Recreation Department as well as Supervisor Don Knabe.

With the spring daffodils barely gone, Southern California braced Wednesday for a weeklong blast of triple-digit temperatures and heightened fire danger across the region.

And when the weather year ends Monday, Los Angeles expects to tally its sixth driest year on record.

“This is definitely the first protracted heat wave of the season,” said Bill Patzert, climatologist for the Jet Propulsion Laboratory in Pasadena. “And it’s come early.

“On one side of the country, it’s raining and stormy. And the other, bone dry with extreme heat. And the pattern is supposed to hold for a week.”

Forecasters said a massive high-pressure system that has eclipsed much of the West is expected to increase temperatures by up to 10 degrees per day through the weekend before gradually tapering off by Thursday. In the meantime, the East Coast faces massive storms and floods.

As unseasonal wildfires have burned throughout the West, the early summer heat wave precedes the prolonged heat incidents normally seen in late summer or fall.

“It’s going to be a significant heat wave of the season,” said David Sweet, a meteorologist at the National Weather Service in Oxnard. “I think the fire danger is significant, in near-critical conditions” — but not quite dry enough to issue a red-flag warning, he said.

The weather service issued an excessive heat warning from the Inland Empire to the low desert, where the mercury Saturday was expected to hit 97 degrees in Ontario, 102 in San Bernardino and a smoking 117 degrees in Palm Springs.

An excessive heat watch was also issued beginning Friday for mountains across the Southland, where lower elevations were expected to reach 108 degrees and record temperatures up into the 90s at higher altitudes. 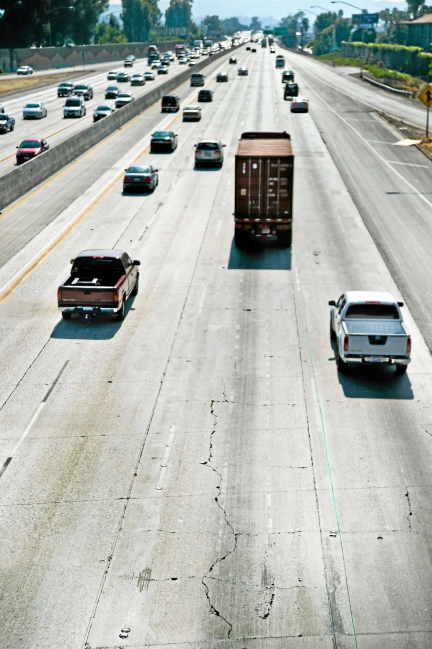 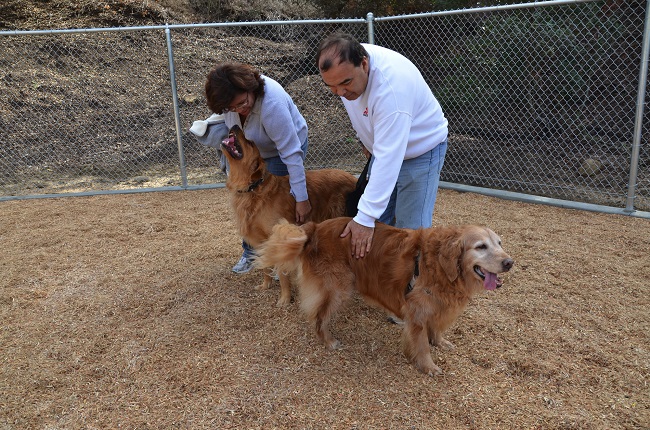 Bark Park opened in November 2012 and has become very popular with dogowners. It is located on a 1.35-acre site on the south side of Pantera Park near the basketball courts.

Puente Hills Concerts in the Park opens its summer season with a “Salute to America” on July 2. The Sounds of Cypress, a 45-piece orchestra, will perform from 7 to 9 p.m. in Schabarum Regional Park.

Admission and parking are free. The park is at 17250 East Colima Road, on the corner of Azusa and Colima Roads in Rowland Heights.

Food and beverages will be available from Casa Blanca Restaurant and KFC. The concerts are supported by Los Angeles County Parks and Recreation Department and Supervisor Don Knabe.

A Chino man suffered major injuries and is suspected of drunken driving after rear-ending a big rig on the 60 Freeway, which then fled the scene early Saturday, authorities said.

He was driving a 2000 Jeep Cherokee at an unknown speed in the No. 3 lane prior to the crash, the officer said. A big rig was traveling ahead of Oviedo in the No. 4 lane.

“For an unknown reason, Mr. Oviedo turned his car to the right and entered the No. 4 lane where it collided with the rear of the big rig,” Christopher said.

The Jeep spun out of control and ended up crashing into the metal guardrail along the north side of the freeway, he said. He became trapped in the vehicle and had to be freed from the wreckage by Los Angeles County firefighters.

Oviedo, who was not wearing a seat belt, suffered “major facial injuries,” in the crash.

A description of the big rig was not available. 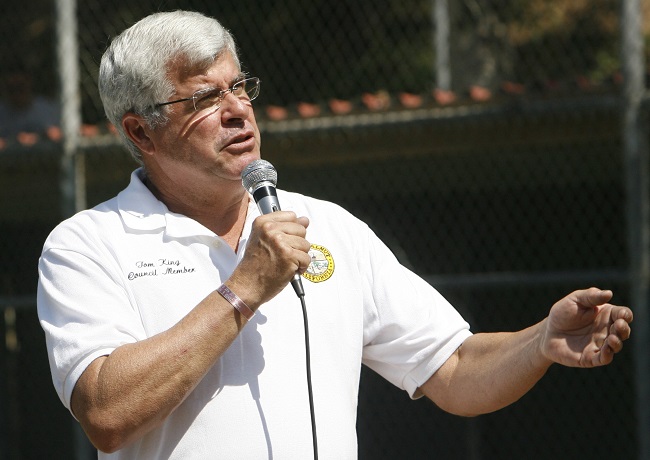 Teacher Paul Burns was busy helping his students dissect a crayfish. This class was not for the squeamish. 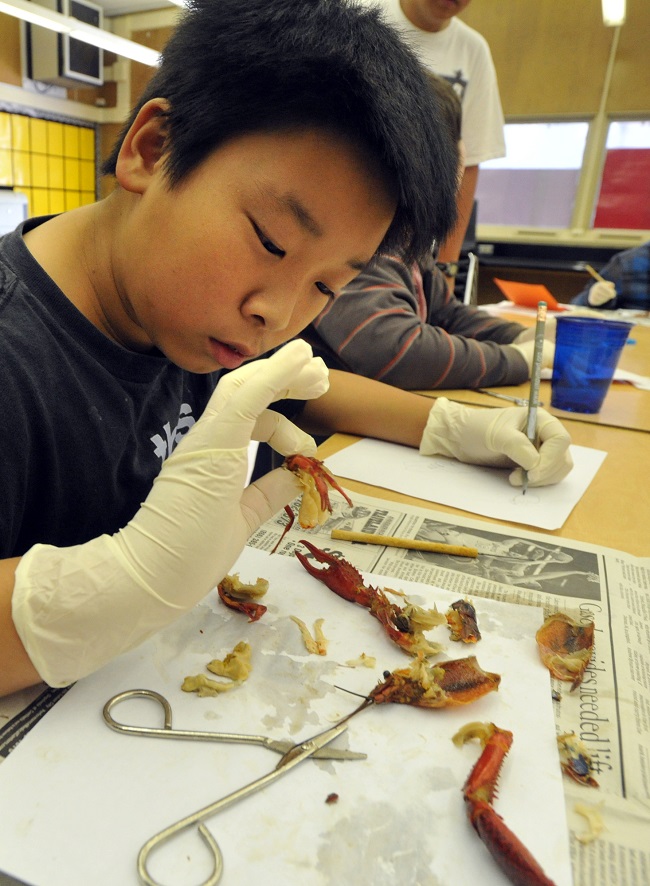 The students had already dissected a worm. Today, they’ll tackle a frog, followed by a lamprey, then a squid.

“Many schools don’t offer dissections any more. So I thought this would be an interesting class for some students,” Burns explained.

In the class, students learn how to safely observe, open and compare the animals. They will use their discoveries to see how the animals relate to human beings in form and function.

“I think this is one of the best classes I’ve had,” said 10-year-old Conner Vroman of Hesperia.

“I was interested in the structure of the digestive system,” said Vicente Rodriguez. The 10-year-old student from nearby Orange Grove Elementary wants to become a doctor some day.

This was 11-year-old Eric Quach’s first year at the Youth Science Center. He is a student from Chaparral Middle School in Diamond Bar.

“This is really fun,” Eric said. “I want to grow up to do medical research so I need lots of science.”

Two unidentified males were shot Monday morning while in their car near Nogales High School, officials said. One was transported to a hospital and the other pronounced dead at the scene, Sheriff’s Industry Station Sgt. Dan Jackson said.

“No students were involved in the shooting,” he said. “It has nothing to do with the school.”

There is a search for an unidentified male suspect, who was seen in a brown sedan, Jackson said.
Students were told there was a fight, said senior Carlos Ortega, 18, who was going to breakfast with his friend, Julian Nguyen, 16.

Teachers were screaming to get inside buildings, he said.

Students were running everywhere, including the library, Ortega added.

“It was a precautionary measure done by the principal,” she said. It was also the first day of the school’s summer session.

West Covina police and school police were also on scene. 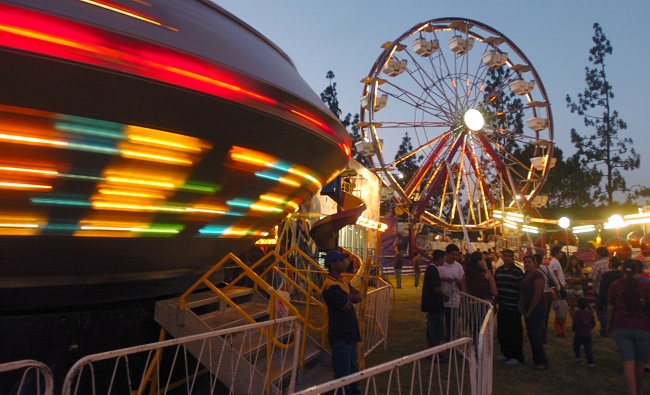