The third annual Golfing Fore the Kids tournament, co-sponsored by the Rotary Club of Walnut Valley and the Diamond Bar Community Foundation, will be held  Monday, May 12, with a tee off time of 9 a.m.

Every player will receive a goody bag, certificate for a free custom fitted golf club, chance at raffle prizes, and opportunity for trips and great gifts in the silent auction. And someone may win a new car.

The tourney is a major fundraiser for both organizations. Proceeds will benefit youth projects in Walnut and Diamond Bar.

Animator-Artist Donna Kay Lau of Hacienda Heights has launched the “Surf Soup” Project on Kickstarter, a crowd fund raising website for creative projects. Lau’s “Surf Soup” project premiered at the “dA Center for the Arts,” in Pomona at the Arts Colony.

Lau’s book “Surf Soup” teaches children how to surf and provides character building lessons while learning how to surf. It also focuses on ocean conservation.

It is the first book in a series of specially themed subjects that addresses topics that are important for children to understand.  Proceeds from the projects will be donated to ocean rehabilitation and various charities.

“I want kids to feel the way I did when I was a youngster reading picture books,” Lau said. “Whether it is with a parent, grandparent or teacher or just by me, the anticipation of turning pages filled with wonderful illustrations helped stimulate my imagination and creativity.”

Lau will appear at the Hibbleton Gallery at the Magowski Arts Colony, 223/225 W. Santa Fe Avenue in Fullerton on May 2. Lau’s painting “Honu”(Hawaiian for turtle) is the first installation in her “Surf Soup” project that she is funding through a Kickstarter campaign.

Also appearing with Lau will be “Miss Mary Ann” King who thrilled preschoolers from 1966 to 1976 as host of Romper Room on KCOP-TV.  King wrote the Forward to the “Surf Soup” book.

“I am delighted to support Donna in her launch of the “Surf Soup” project,” King said. “I believe it’s a great cause and a wonderful project for charities.”

Lau, who was recently honored with a Prime-Time Emmy for contributions to the animated series “Regular Show,” has worked on several series for Nickelodeon and Cartoon Network including “Dora the Explorer,” “CatDog,” “Oswald the Octopus,” “Generator Rex.”

She has free-lanced on many productions including the PBS series “Danger Rangers.” She is also the designer of her own children’s’ clothing line “Art is On!” and “Surf Soup” Surf Couture (a unique bikini and clothing line).

For more information on Lau and her Kickstarter campaign http://kck.st/1cTqywp
or click on http://SurfSoup.TV 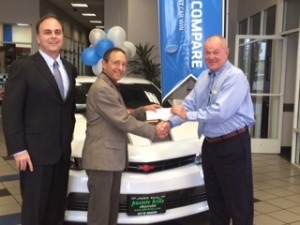 The association consists of more than 150 new car dealers in the Los Angeles area that is committed to maintaining the highest standards in the retail automotive industry.

The association relies on the assistance of its directors in identifying non-profit organizations that are truly making a difference in the lives of those who live and work in their local communities.

Its directors serve two year terms and meet six times a year.  They hold many events including training and dealer education. This year’s annual meeting is on June 17 at the Universal Sheraton in Universal City.

As part of a statewide day of community service, local members of the Church of Jesus Christ of Latter-day Saints spent Saturday beautifying three public parks in West Covina.
Church members from 12 congregations throughout the eastern San Gabriel Valley met at either Gingrich, Shadow Oak or Friendship Parks.  The work assignments included refurbishing and painting wood and steel picnic structures and general cleanup of the three parks.  An estimated 250 volunteers answered the call to serve.
“Church members have long been involved in community service, but on this day, all Southern California congregations of the church representing more than 40,000 members, concentrate their efforts on the same date,” said Lisa Ferrante, chairperson of the local event.
The church members  who volunteered represented El Monte, Walnut, Hacienda Heights, Rowland Heights, La Puente, Covina, West Covina and Baldwin Park. 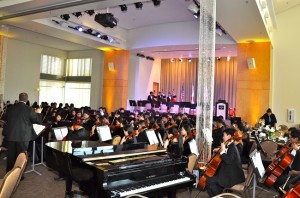 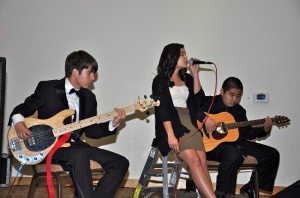 Residents of Timberline came out Thursday night to protest Mount San Antonio College’s plans for a new $45 million parking structure across from their homes in Walnut.

The community college says the five-story garage will solve some of the parking problems at the bustling campus. Neighbors claim it will cause more traffic, crime and pollution.

Mt. SAC presented plans for a large parking garage with 2,200 parking spaces. The structure would be sited on the current 600-spot parking lot along Mountaineer Way at the north-west edge of the campus.

The proposal brought out the ire of homeowners across the street.

“We have been impacted by Mt. SAC’s quest to become the biggest community college in California. You keep adding, adding and adding students,” complained Linda Hiti.

“Walnut has been a good neighbor, but you keep growing to the detriment of the city,” Hiti concluded.

The new Walnut Military Support Group will honor our military men, women and their families on April 25 from 6:30 p.m. to midnight in the Diamond Bar Center at 1600 Grand Ave. in Diamond Bar.

The event will feature a buffet dinner, entertainment and dancing. A silent auction will offer items like the use of a vacation house in Arizona.

Proceeds will be used to provide personal support to help make a difference in the lives of our military and their families. The new committee is partnering with the City of Walnut.

In the future, the support group hopes to extend its services to neighboring cities. Tickets are $30. Call Kris Aguilar at 909-519-6465. 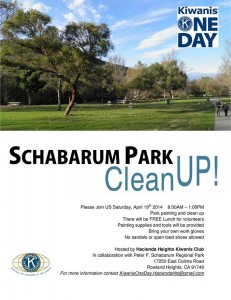