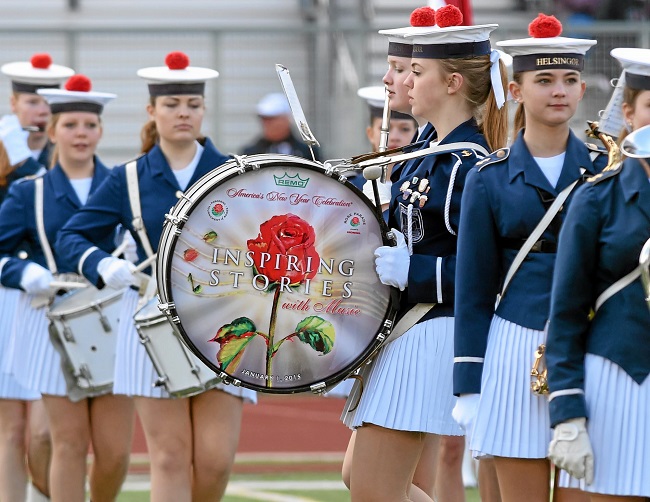 Three men wearing bandanas over their faces tied up a couple, assaulted them and stole about $4,700 in cash and jewelry during a home invasion robbery in Hacienda Heights on Sunday.

One of the robbers was armed with a knife, said Lt. Arthur Scott of the sheriff’s Industry Station. The woman suffered a small laceration to the lip but wasn’t taken to a hospital, he said. He described the two victims as being in their 60s.

The robbery in the 2000 block of Nadula Drive started at around 7 p.m. The resident arrived home and got accosted by three men in her garage.

Scott said the woman’s husband heard the garage door open, went to help his wife and encountered the suspects. He said the suspects forced the couple into the home then used garments and a belt to tie them up. The robbers put a pillow case over the man’s head, according to the lieutenant.

“(The husband) was sprayed with a window cleaner. He was also kicked and punched,” Scott said.

Scott said the woman sustained the cut to her lip when the suspects slammed her to the floor. After the robbers left, he said the woman wriggled free of her binds and called police.

Scott couldn’t verify media reports that the victims owned or worked in the jewelry business. The suspects were only described as three black men, 25 to 30 and 6 feet tall. They may have used an older model black BMW.

Investigators haven’t yet found a link to other home invasion robberies.

Homicide detectives are investigating the death of a man found fatally shot in a Hacienda Heights backyard Sunday afternoon.

Coroner’s officials didn’t release the man’s name on Monday because his next of kin hasn’t been notified.

A neighbor called deputies about 1:45 p.m. to report seeing someone lying in the large backyard of a home in the 14400 block of Clark Avenue, Sheriff’s Sgt. Rick Thurlo said.

Deputies and paramedics discovered the victim, a 34-year-old Latino, suffering from an apparent gunshot wound, according to department spokeswoman, Deputy Crystal Hernandez.

Paramedics pronounced the man dead at the scene.

Hernandez said according to witnesses, a single gunshot was heard in the area but no suspects or vehicles were seen. 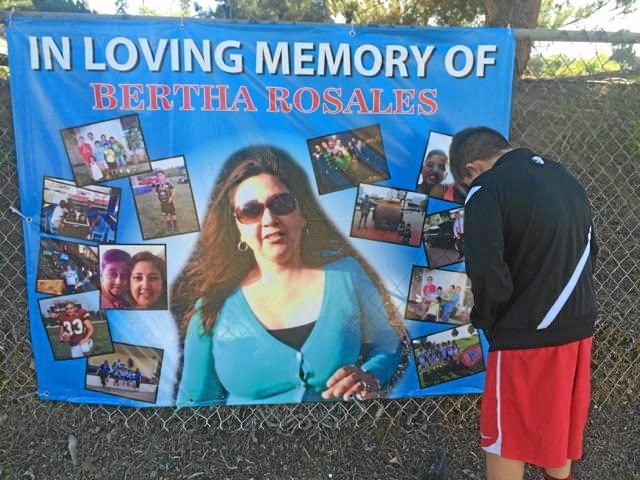 For the second time in recent years, a Hacienda Heights family has been devastated by a fatal tragedy. And for the second time, the community is rallying around the family to offer compassion and support.

Bertha Rosales, 42, died in a car crash while driving two of her four sons home from school in their hometown of Hacienda Heights, according to California Highway Patrol officials and friends.

Her sons Isaac, 13, and Ramon Jr., 10, suffered serious injuries in the crash, officials said. Isaac remained unconscious at a hospital with severe head injuries Wednesday, family friend Ernie Maldonado said. Ramon Jr. was making good progress in his recovery after undergoing surgery for injuries to his shoulder and elbow.

“This past Sunday was actually Bertha’s birthday,” Maldonado said.

The same family was affected by another deadly tragedy in August of 2011, when Rosales’ sister, 49-year-old Virginia Gonzales, and Gonzales’ 3-year-old son, Johnny Crowger, died in a house fire at their home in the 1700 block of Piermont Drive in Hacienda Heights.

Gonzales died while trying to rescue her son from the burning home, officials said.

In last week’s car crash, Rosales was driving a BMW sedan north on Durazno Drive, heading from a stop sign at a T-intersection, about 2:35 p.m. when the BMW collided with a Chevrolet Camaro heading west on Halliburton Road, CHP Sgt. Charles Quijada said. 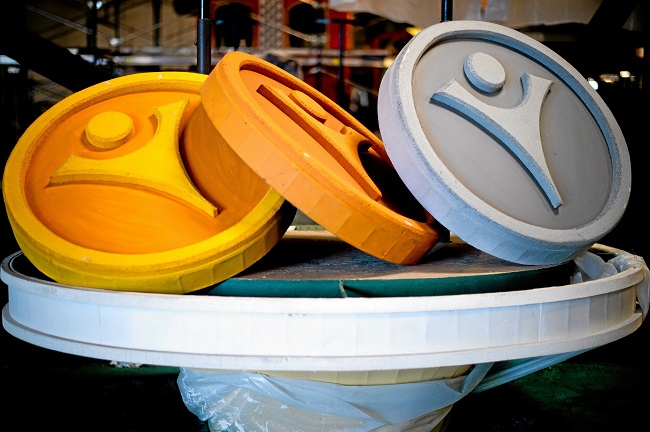 NWS forecasters said the L.A. coastal zone would experience winds of between 15 and 25 miles per hour gusting to 40 mph while valley winds would blow at speeds of around 20-40 mph, gusting to 50 mph, and even 60 mph in the Santa Clarita valleys.

In both the San Gabriel and Santa Monica mountains, a wind advisory will be in force until 3 p.m. today, followed by a more serious high wind watch, which will be in effect from Wednesday night through Thursday afternoon. The high wind watch, heralding winds of 58 mph or greater, will also include the Santa Clarita valley.

Assemblywoman Ling Ling Chang (R-Diamond Bar) has been appointed to Vice-Chair of the influential Assembly Rules Committee.  The appointment was part of a number of key committee appointments made by the Speaker of the Assembly.

“I am so honored to have the privilege to serve in a leading capacity on such an important committee,” said Chang.  What an amazing opportunity to work for Californians and my constituents.”

“Ling Ling is a strong leader for streamlining government so it can better serve Californians,” said Assembly Republican Leader Kristin Olsen. She will be a powerful voice for commonsense leadership in her new role as Vice-Chair of the Assembly’s most powerful committee.”

Chang, the first Taiwanese-American Republican woman to be elected to the State Assembly, was first elected to the Diamond Bar City Council in November 2009 and served as the Mayor from 2011-2012. Before her election to the City Council, she held a variety of positions in local government, including service as President of the Walnut Valley Water District, and as a member of the Diamond Bar Parks & Recreation Commission. Chang brings business sector experience as well, developing software products for the health information management industry.

“I am so excited to get California back on track,” said Chang.  We can have the best schools and more jobs if we all work together. Serving on the Assembly Rules Committee is a great opportunity to get that done.”

In addition to Rules, Assemblywoman Chang has been appointed as a member of the following committees: Appropriations, Business & Professions, and Privacy & Consumer Protection.

A truck driver suffered minor injuries when his big rig hit an overhead sign on the eastbound 60 Freeway and overturned, spilling crushed concrete.

The solo crash shut down all lanes of the eastbound 60, west of Grand Avenue at one point.

The California Highway Patrol got a call of an overturned big rig at 5:18 a.m.

CHP Officer Rodrigo Jimenez said the truck was in the No. 6 lane, heading east on the 60 freeway.

“For an undetermined reason, the truck’s hydraulic lift began to rise,” Jimenez said.

The truck driver told the CHP the car behind him started flashing its lights to get his attention. The hydraulic lift struck an overhead sign.

The truck overturned on its left side, spilling the crushed concrete it was hauling. Jimenez said in addition, a gallon of diesel fuel leaked into a nearby creek.

Jimenez said the driver, a 50-year-old Baldwin Park man, complained of pain to his left leg. He wasn’t taken to a hospital/

All eastbound lanes were closed at 5:39 a.m.

By 9:39 a.m., five lanes were open. Only the two right lanes remain closed.