A man was wounded but expected to survive following a car-to-car shooting in Hacienda Heights Sunday afternoon, officials said.

The victim, a 21-year-old man, was stopped at a red light on Lujon Street at Hacienda Boulevard in a 2004 Audi when the attacker pulled up in an older-model, white pickup truck, Los Angeles County sheriff’s Sgt. Rick Thurlo said.

“(The shooter) pulled up next to him on the right side and fired into the victim’s vehicle, striking him once in the upper right shoulder,” Thurlo said. A rifle was believed to have been used in the shooting.

Thurlo said the wounded man drove north a short distance to Hacienda Boulevard and Gale Avenue, where deputies encountered him.

Officials initially described the shooter only as male. He was last seen driving south on Hacienda Boulevard from the shooting scene. The motive in the shooting was not clear.

Puente Hills Concerts in the Park will celebrate its 20th anniversary beginning July 1 with the big band sound of Manny Glass Band.
The orchestra will kick-off the concert in the park series by playing patriotic music to celebrate the Fourth of July. They are known for playing popular tunes from the 40s big band era.
Summer concerts will be held 7-9 p.m. Tuesday nights until Aug. 12 at Peter F. Schabarum Regional Park, 17250 E. Colima Road, Rowland Heights. Admission and parking are free. Food, beverages and desserts are available.
This summer will showcase an extraordinary talent of musicians, bands and entertainers.
Supported by Los Angeles County Parks and Recreation Department and Supervisor Don Knabe, Concerts in the Park is a great way to spend your Tuesday evenings with family, friends and community.
Upcoming concerts will feature:
July 8: Mariachi Reyna de Los Angeles, America’s first all-female mariachi ensemble, which brings sensitivity, beauty, warmth and an attractive perspective to the realm of Mexico’s musical heritage.
July 15: Hot August Night with Dean Colley, a Neil Diamond tribute band.
July 22: Vaud and the Villains, a 19-piece 1930s New Orleans orchestra and cabaret, at once seedy and inspiring, gritty and sublime.
July 29: Beatles vs. Stones — A Musical Shootout. The British Invasion brought us the two most popular rock groups of all time, the Beatles and the Rolling Stones, as well as the liveliest debate in rock history — which band is the greatest? These two legendary bands will engage in a musical “shoot out of the hits” featuring internationally renowned tribute bands, Abbey Road and Jumping Jack Flash. Six alternating power sets with the two bands coming together on stage for an amazing encore makes this show a once-in-a-lifetime event.
Aug. 5: Cold Duck. In 1969, trumpet player/vocalist Jose Cuadra assembled a group of musicians to form an eight-piece band known today as Cold Duck, considered Southern California’s premier dance band.
Aug. 12: Three Mo’ Tenors is an extraordinary musical event, featuring 10 styles of music from opera, to jazz, to Broadway and more.
For more information on concert dates, times and park hours, visit www.concertsinthepark.com or call the Schabarum park office at 626-854-5560.

The Habitat Authority is dedicated to the acquisition, restoration, and management of open space in the Puente Hills for preservation of the land in perpetuity, with the primary purpose to protect the biological diversity. Additionally, the agency will endeavor to provide opportunities for outdoor education and low-impact recreation.
-Volunteer Docent Naturalist are needed to lead and assist with hikes given to the public and school groups. We are looking for people who have a passion for nature and enjoy working both with children and adults.
-Volunteer Role & Responsibilities: Trained trail guides will assist with leading group of families or school kids and answer any questions along the way.
-Time Commitment: 4 hours a month
-Requirements: Training/orientation as well as a background check are required.
-Requirements Age Minimum (with Adult) – 18, Minimum Age – 18+, Background Check, Orientation Required, Skill Category – N/A
-Benefits: Volunteers will be able to educate the public on environmental preservation, have fun in the outdoors and get some exercise too!
-Call to action: Visit Habitat Authority http://www.habitatauthority.org/waystohelp to complete a volunteer application.

After days of uncertainty, Haitham A. of Granada Hills was overwhelmed with relief and joy after his sister contacted him on Skype Thursday to tell him she made it out of their native Iraq to escape the bloodshed.

In recent years, Haitham’s relatives in the war-torn Arab country have endured the constant threat of bombings and kidnappings as well as wearisome security checkpoints. A fresh round of sectarian violence prompted his sister’s family to flee Baghdad for Jordan while his brother’s family has fled to Iraq’s calmer northern region of Kurdistan until escalating tensions subside.

With the Islamic holy month of Ramadan starting Saturday night, Haitham and other Southern California Muslims with ties to countries engulfed in turmoil say they will keep their endangered relatives in their thoughts, prayers and actions. During Ramadan, observant Muslims around the globe abstain from food, drink and sexual relations during daytime hours to commemorate the month in which the Quran was said to be revealed to the Prophet Muhammad.

“We appeal to God Almighty to make it easier for them because many of them are also fasting in Iraq, but fasting knowing they are unsafe,” said Haitham, who came to the United States in 1982 and has a civil engineering degree from Cal State Long Beach.

Fire officials will discuss the outlook for the 2014 season, as well as the impact the drought is having on firefighting. A display of regional firefighting resources will be on hand, including specialty wildland equipment.

Diamond Bar teens are invited to the city’s annual Teen Night Out event from 7 to 10 p.m. July 18.

Planned by the teen group “DB4Youth In Action,” the event will be held in Sycamore Canyon Park at 22930 Golden Springs Drive.

Teens can dance to Top 40 dance and pop hits. A variety of activities will include air tag, a human sphere ball and other inflatable games.

Admission is free for youth ages 13 to 19. Snacks, beverages, keepsake photographs and glow-in-the-dark items may be bought, with proceeds benefiting future activities by DB4Youth In Action. 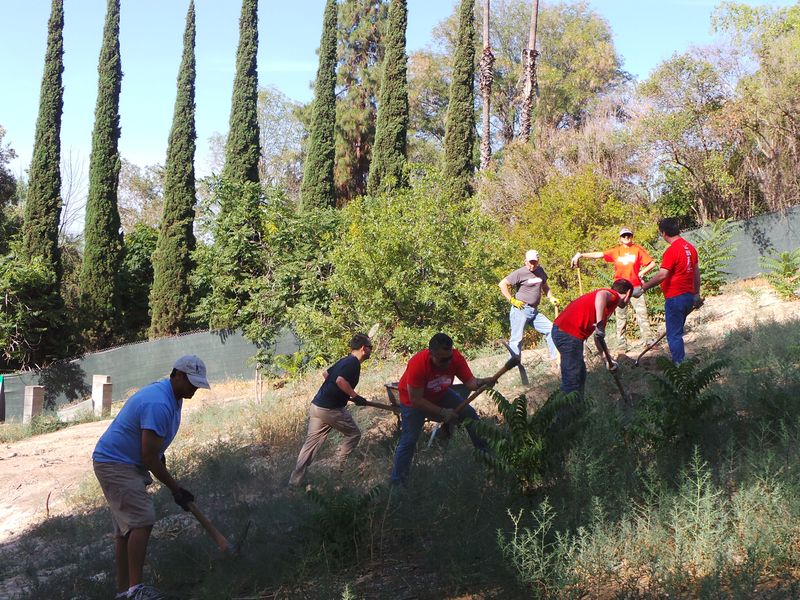 On Saturday, Verizon FiOS Southern California donated $2,500 to the Pomona Valley branch of Habitat for Humanity to help address the critical issue of essential, basic housing for U.S. Veterans and their families as part of the “Salute to Service” Veterans Build Program.

Local Verizon employees volunteered their time last year towards a home build in Walnut. This year, volunteers installed solar panels and retaining walls, created a trench for the underground pipe and cleared brush for future projects.

The FiOS SoCal Campaign supports local causes, sharing its success with the communities where its employees live and work. Verizon believes in making a positive impact on the communities it serves. 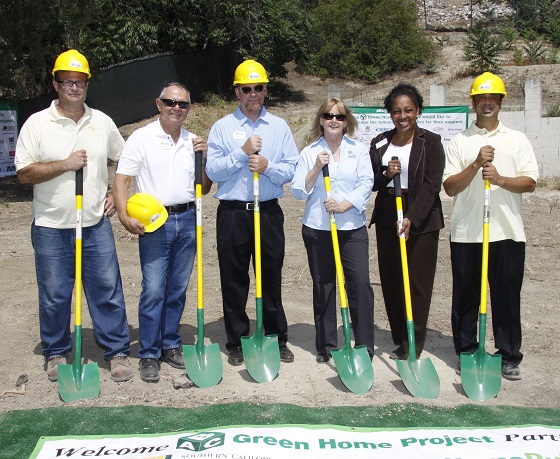 On June 11, Pomona Valley Habitat broke ground for their next project in Walnut in partnership with PV Habitat and Peninsula Publishing, Southern California Edison and the City of Walnut.

“I can honestly say that these many months of planning have been quite a learning experience for our small Habitat affiliate” said Jody Gmeiner, President and CEO of Pomona Valley Habitat for Humanity. “All three groups joined forces to break ground on this, our first home for a military or veteran family”.

This project, known as ABC 2.0 (meaning the house will be Affordable, Buildable and Certifiable with all green agencies) is a Net Zero house; it will produce the energy it needs, thereby helping the family keep their energy costs very low.

The Walnut house will not be a typical Habitat house, but PV Habitat did not want to pass on this extensive learning experience in green building, as well as the opportunity to serve another family.

For more information on how you can be involved or support this project, please call our office at 909-596-7098.