The group’s 2008 album “Watershed” was voted the No. 1 album of the year in Metal Edge magazine and peaked at No. 23 on the Billboard charts.

Their latest album “Heritage” was released in September and reached No. 19 on the Billboard charts.

In an interview on the band’s website, lead vocalist, guitarist and songwriter Mikael Akerfeldt described the process of putting out an album.

“It’s a slightly old school idea but when we put out a record there are no `key songs,”‘ Akerfeldt said. “It’s the album that matters. We’ll never have a `hit single.’ By no means would I want one song to be more important than another. We always put out an album and I personally enjoy listening to entire records. That is the kind of art that I like. I like bands with strong albums as opposed to just a couple of strong songs.”

Hiroshima, who have sold more than three million albums worldwide with their smooth jazz fusion sound, will headline the Lewis Family Playhouse tonight.

Hiroshima is known for hits like 1979’s “Roomful of Mirrors,” off their self-titled debut album, and 1985’s “One Wish” off the gold-selling album “Another Place.”

In an interview, Dan Kuramoto, Hiroshima’s leader and producer, described how the band achieves its sound.

varying American musical idioms around that,” Kuramoto said. “We create musically a cross-commentary about a multitude of cultures that comes from our backgrounds as Asian Americans growing up in a racially diverse America.” 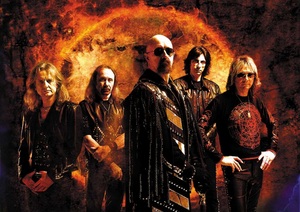 Judas Priest Epitaph Tour
With: Black Label Society and Thin Lizzy
Where: San Manuel Amphitheater, 2575 Glen Helen Parkway, Devore
When: 6:30 p.m. Saturday
Cost: $16.50 to $122.65
Information: www.livenation.com or 800-745-3000
By Wes Woods II
Staff Writer
The Judas Priest Epitaph Tour with guests Black Label Society and Thin Lizzy makes a stop at the San Manuel Amphitheater on Saturday.
The Birmingham, England heavy metal band Judas Priest is known for classic metal songs like 1982’s “You’ve Got Another Thing Comin,'” off the album “Screaming for Vengeance,” as well as 1980’s “Breaking the Law” and “Living after Midnight” off the album “British Steel.”
Judas Priest will perform without founding guitarist K.K. Downing, who retired in April, but British guitarist Richie Faulkner will play in his place.
In a 2008 interview, Judas Priest guitarist Glenn Tipton talked about the band’s just-released album “Nostradamus.”
“The ‘Nostradamus’ album – above all others – is perhaps the one I’m most proud of,” Tipton said. “Whilst in essence and character still very much Judas Priest, it has afforded the opportunity to explore areas of classical and operatic dimensions that the band normally wouldn’t.”
Opening for Judas Priest on Saturday are the Zakk Wylde-fronted heavy metal band Black Label Society and Irish hard rock band Thin Lizzy.

The dates are April 21, April 28 and April 29 at the Empire Polo Field in Indio.
The full news release is below:

Tickets go on sale Friday, October 28, 2011 at 10:00 AM PDT atSTAGECOACHFESTIVAL.COM.  Three-day weekend passes start at $149 for a limited time and layaway options are available. The festival also offers reserved seating, camping and RV packages.  For a complete breakdown of available ticketing and onsite camping/RV options, please visit www.stagecoachfestival.com.  Children 10 and under will be admitted for free.

STAGECOACH is produced by Goldenvoice and The Messina Group”

Kyuss Lives! with The Sword, Chuck Dukowski Sextet, Monstro
Where: Fox Theater, 301 S. Garey Ave., Pomona
When: Doors open 7 p.m. Saturday; show starts at 8 p.m.
Cost: $28.50 or $30 plus fees
Information: www.ticketmaster.com or 800-745-3000; Glass House Record Store, 248 W. Second St., Pomona or 909-865-3802.
By Wes Woods II
Staff Writer
POMONA – Stoner rock/metal band Kyuss Lives! will be a reunion of sorts when they perform Saturday at the Fox Theater in Pomona.
The band, which used to be known as the Palm Desert based Kyuss, started in 1989 when group members Brant Bjork, Josh Homme and John Garcia were in high school.
While Homme, famously with Queens of the Stone Age, is not touring original Kyuss guitarist and former Queens member Nick Oliveri is.
During the group’s run, Garcia was the vocalist and the group made five albums with their most well known record “……And The Circus Leaves Town” gaining MTV airplay after being released in October 1995.
The band broke up three months after their last album.
During the June 2010 Hellfest France music festival, Garcia was touring under the name “Garcia plays Kyuss” and Oliveri and Bjork joined him onstage which led to the current reunion.
In a June video interview with FaceCulture at www.youtube.com/watch?NR=1&v=SHwNhrBr5mo, Oliveri said he was looking forward to the reunion.
“It started out as lets do 20 shows together,” Oliveri said in the five-part video series. He was asked what Homme had thought about the reunion.
“We still stay in contact but I know he is very busy.”
Oliveri said ultimately Kyuss was everyone’s band.
“It’s not ours. It belongs to the people coming to these shows. If they want us to come out and play, and want us to do it, we’ll still do it.”

The Rapture and Poolside
Where: Glass House, 200 W. Second St., Pomona
When: 7 p.m.
Cost: $20
Information: www.ticketfly.com or 877- 435-9849; Glass House Record Store, 248 W. Second St., Pomona or 909-865-3802.
By Wes Woods II
Staff Writer
POMONA – The Rapture’s brand of New York disco punk will be featured tonight at the Glass House.
The group features Gabriel Andruzzi, Luke Jenner and Vito Roccoforte.
Their latest album is “In The Grace Of Your Love,” which was released on DFA Records, the home of their first album “Echoes.”
DFA founders James Murphy of LCD Soundsystem and Tim Goldsworthy produced the group’s first album.
In 2006, the Village Voice asked Jenner about how indie-rock seems to be about MP3 blogs and bands who have a three-month career.
“I think that just comes from the nature of when you download music for free or not for free, you don’t have a hard copy of it, and you might just erase it off your computer,” Jenner said. “I got really into Uriah Heep a while ago, and I don’t have any of their songs on my computer anymore; I can’t find them. You’re just digesting things so fast. When you have to go to a record store and buy a record, you’re invested in a way different way. You might not listen to it for a year and then listen to it every day for a month.”
Poolwave’s Filip Nikolic and Jeffrey Paradise used to be in the hardwave group the Calculators with The Rapture’s Jenner and Roccoforte.
Meanwhile, Nikolic plays bass in the group Ima Robot.
Poolwave is working on the debut album but are known for the single “Do You Believe?”