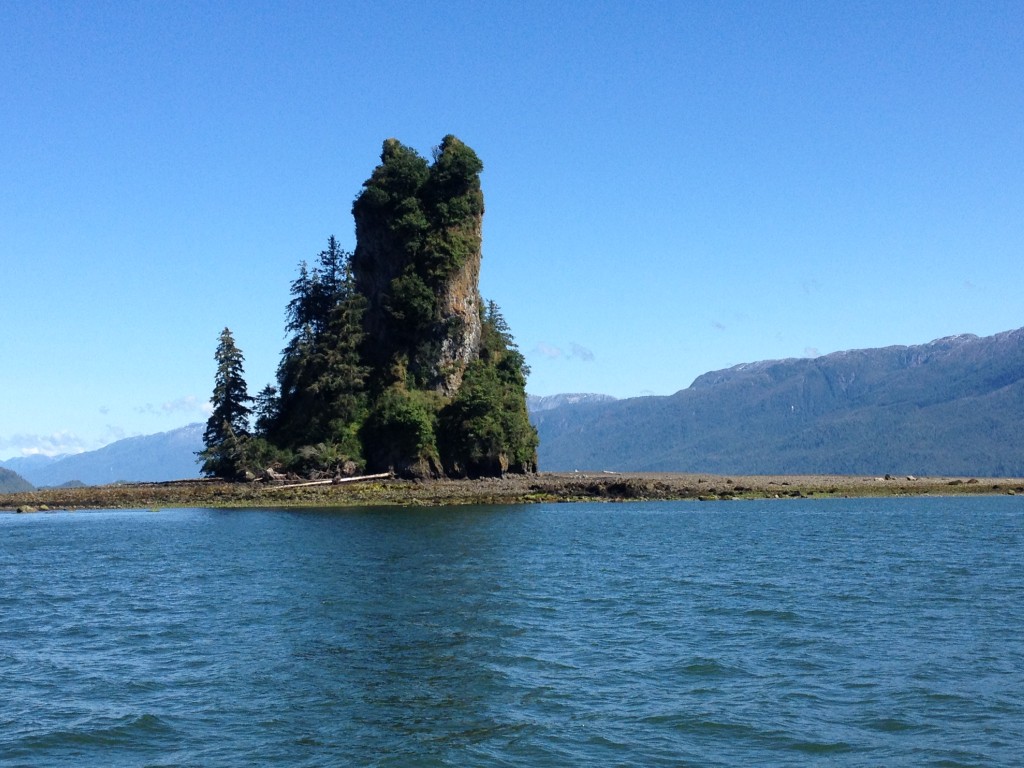 It may not be a three-day survival test like they give eighth graders in Ketchikan, but my four-hour trip to Misty Fjords National Monument gave me a glimpse into the natural beauty of southeastern Alaska.

And yes, one of the finals in the eighth grade is a local version of “Survivor: Ketchi kan.” To hear deckhand Elizabeth Jagusch tell it, it’s not that bad – EXCEPT for the constant rain, no food or water.

Her stories are just one of the many things that make the Misty Fjords trip so enjoyable. That and the naturalist on board turning out to be the son of a longtime friend and fellow ski writer Bob Cox, whose column has run in the Torrance Daily Breeze for many years.

“It’s so different here, because there’s only 40 miles of road and most of the traffic is on only 10 of those miles,” Randy explained. “So everyone uses ferries to get around. It’s awesome.” 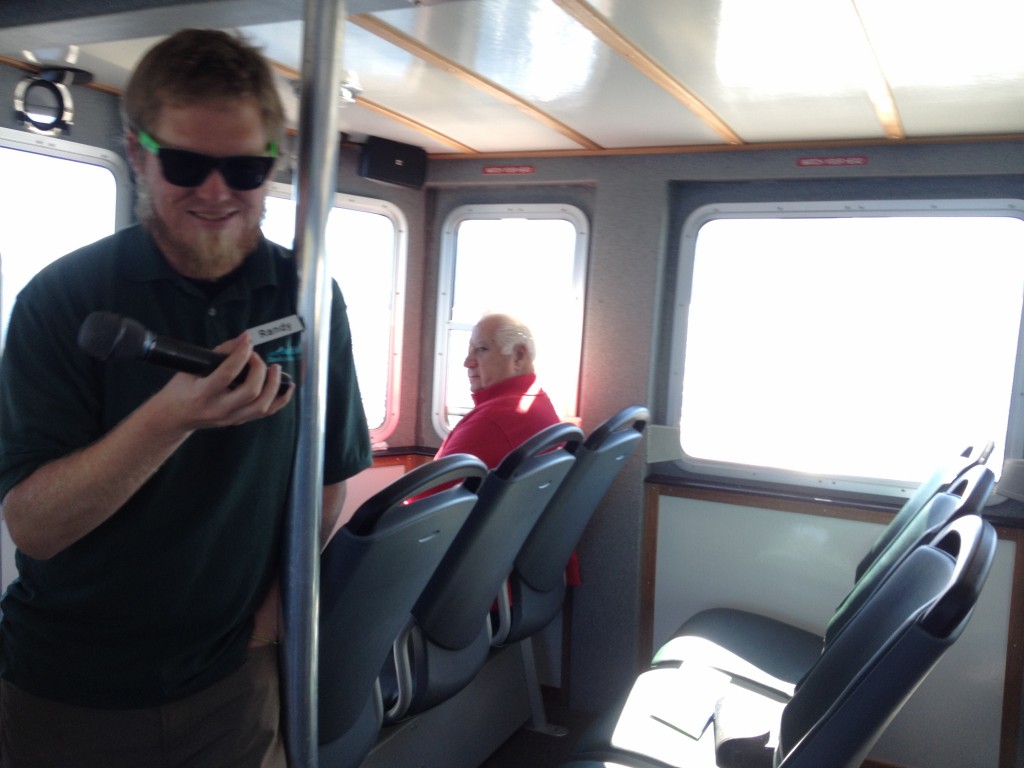 Our group was traveling on a high-speed catamaran to Misty Fjords. We had sailed into the harbor at 7 a.m. on Holland America’s Westerdam. And departure was set for 1 p.m.. so we didn’t have much time. Fortunately, this tour company combines the high-speed cat (think Catalina Express) with a return by seaplane.

Even at 30 knots, the trip to the national monument took two and a half hours. Along the way, Capt. Keith Reeder, Randy and Elizabeth kept the passengers entertained with interesting stories. They mixed facts with local flavor to capture the spirit of the Far North.

Hundreds of islands dot the landscape. Annette Island is the only native reservation left in Alaska, according to Randy. “In the 1870s, the natives were given a choice,” Randy said. “They could renounce their sovereignty and receive a stipend, or keep their sovereignty for no stipend.”

He said parents actually like the training. Ketchikan is a small, isolated town so there are no malls to hang out in. Instead, kids climb into their boats to explore the scenic wonder in their own backyard. Parents worried when their children couldn’t make it back because of storms or engine trouble. 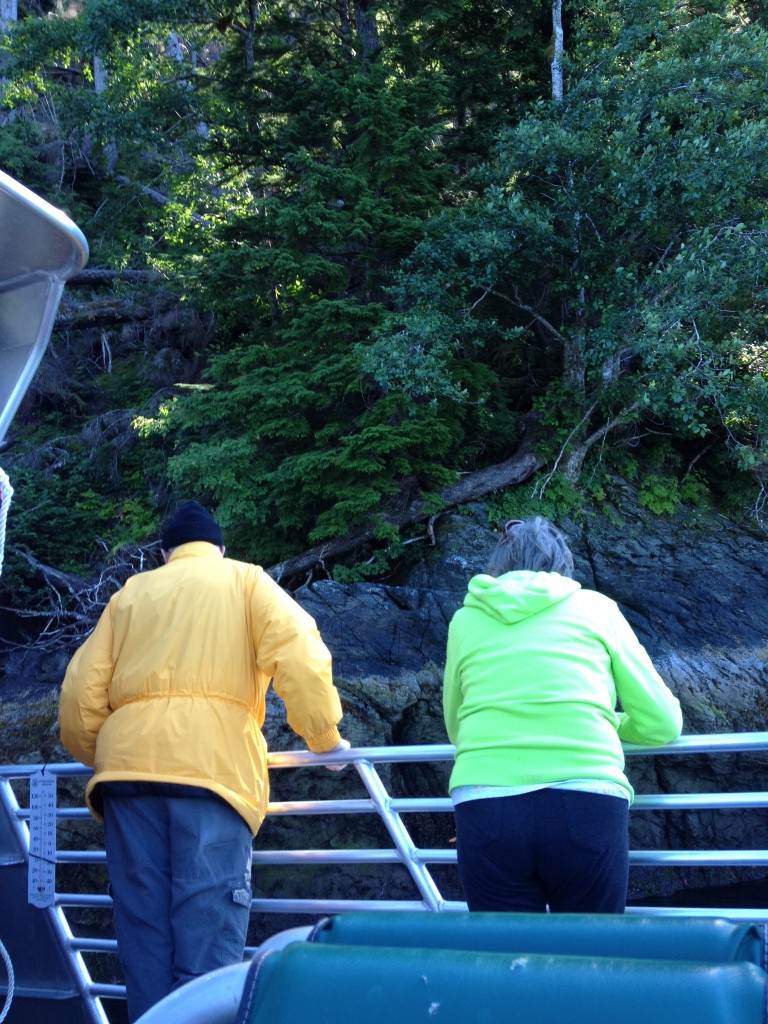 Passengers gather at the railing to peer at granite cliffs sliding by in Misty Fjords National Monument. (Photos by Richard Irwin)

The 14-year-old was dropped off with 20 other young women on a small island. An adult watched for safety as well as grading each teen.

Elizabeth said students could bring a sleeping bag and a 10 by 10 foot tarp. And an empty Folgers can became an important tool, being used for digging, carrying food and water.

“In our cans, we could bring a pocketknife, string, fishing hooks and first aid kit. We could add anything we wanted in a quarter of the can,” Elizabeth said. “Many packed candy bars, but I filled mine with rice and water purifier tablets.”

She said the first day was spent building shelters from the tarps in the pouring rain, drying wood for fires, digging a latrine and boiling water to drink.

On the second day, the students gathered food from the forest. By the third day, the kids were hungry for some protein, so they sharpened sticks into spears and waited for the tide to go out. Then they stabbed crabs as well as a two-foot long halibut in a small pool.

The crew kept us entertained with interesting information and stories. At one point, we powered down and slid up to one of the imposing granite cliffs.

Reaching out, Randy pointed to some of the starfish clinging to the rocks, and a band of iron oxide that gave the rock an orange color.

Huge trees hung over the sides, clinging to the bare rocks by their shallow roots. Randy showed us a band of trees that had been knocked down by high winds.

Finally, Capt. Reeder explained that the 237-foot tall basalt rock was a volcanic plug. It was named New Eddystone Rock by famed explorer George Vancouver while searching for the Northwest Passage.

Soon we reached the floating dock, where seaplanes would fly us back to our cruise ships. Suddenly, two seaplanes banked around a curve, gliding gently down to alight in the calm water.

Puttering up, the pilots cut the engines just in time to slide gently into the dock. I’d always dreamed of flying a float plane in Alaska. And I got a classic DHC-3 Beaver to try it in.

The high-wing prop plane was developed by de Havilland Canada for a short takeoff and landing. The 1950s era instruments shared cockpit space with modern radios and GPS system. An old-fashioned yoke rested in the pilot’s lap. 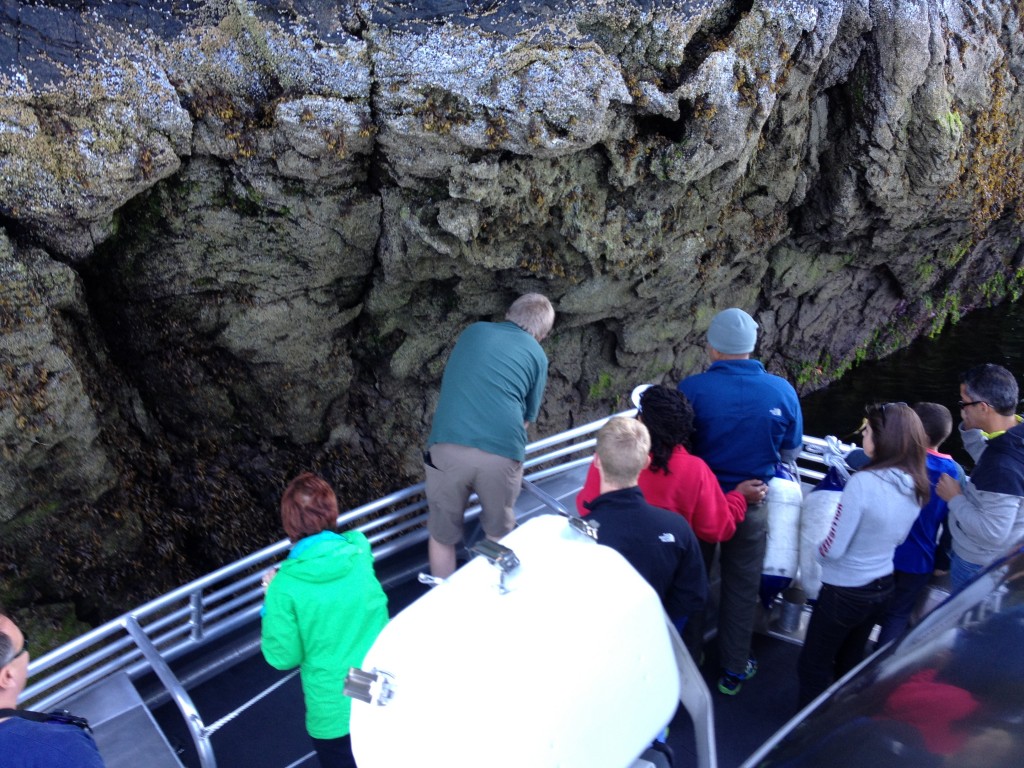