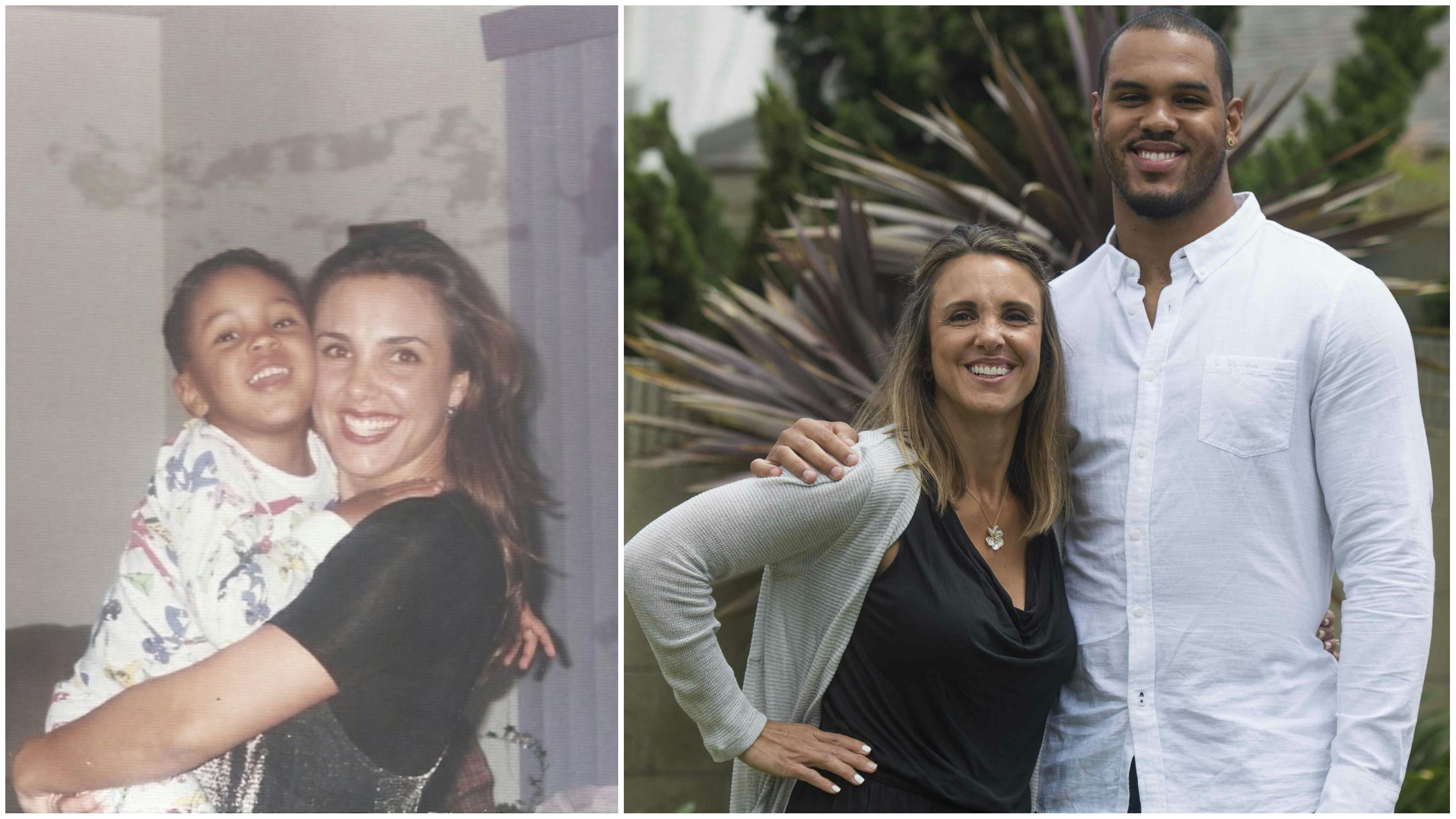 When former UCLA linebacker and current Minnesota Viking Anthony Barr was born, his mother Lori Barr was a scared 19-year-old college student. She raised him as a single mother, with the help of her parents, while she finished her bachelor’s degree and master’s degrees and worked multiple jobs.

Together, the two are starting a foundation for other single mothers in Lori’s situation. The Anthony Barr Foundation launches next month and will provide scholarships for tuition and child care for single mothers who want to pursue their college educations.

“With the Anthony Barr Foundation, we want single moms to know that they’re not alone,” said Lori, who serves as the vice president of the foundation. “We’re here to help.”

Read more about Anthony and Lori’s story and the foundation here.

For more information about the Anthony Barr Foundation, click here.

» After being picked ninth overall in the NFL draft, linebacker Anthony Barr officially signed with the Minnesota Vikings on Tuesday, inking a fully guaranteed contract worth $12,743,596 over four years. He will get a signing bonus of $7,588,072, and the team can exercise a fifth-year option.

He and other former UCLA players must return to campus through spring quarter, however, since NFL rules dictate that anyone who hasn’t graduated cannot stay their teams until their school sessions end.

» Houston Texans sideline reporter John Harris said Xavier Su’a-Filo will become the starting left guard by Week 1, and be a “key figure” in the run game for at least the next five to seven years. END_OF_DOCUMENT_TOKEN_TO_BE_REPLACED

Can UCLA pull off a repeat?

One of the sport’s major national awards, its stated criteria is “to give equal weight to personal character as well as athletic performance from a defensive college player.”

Jack and Kendricks were two of the Pac-12’s 11 nominees. USC, Stanford and Washington each also placed two names on the list.