Former UCLA defensive backs coach Demetrice Martin made his new job Twitter official on Tuesday, changing his Twitter avatar to a photo of Arizona’s block A and adding Arizona’s #BearDown slogan to his biography.

The move was reported last week by the Arizona Daily Star. Arizona head coach Kevin Sumlin, who took the job after being fired from Texas A&M, has yet to officially announce his full coaching staff. (Update 3:25 p.m.) Here’s the final coaching staff. Martin will be coaching cornerbacks for the Wildcats and will coach with former UCLA offensive coordinator Noel Mazzone and former UCLA quarterbacks coach Taylor Mazzone.

Martin will be coaching at his fourth Pac-12 school having already previously worked at Washington and USC. He was a noted recruiter for the Bruins while coaching defensive backs for the past six seasons but not retained by Chip Kelly. The Pasadena native was well-liked by players and roped in one of the top defensive backs classes in the country last year with five-star cornerback Darnay Holmes and four-star prospect Elijah Gates.

Martin will return to the Rose Bowl on Oct. 20 with the Wildcats.

Although the assistants were initially expected to coach the Bruins through their bowl game on Dec. 26, the new recruiting structure prompted the departures last week. New head coach Chip Kelly hired linebackers coach Don Pellum and defensive backs coach Paul Rhoads and needed to trim the staff to stay under the NCAA limit while the new assistants begin recruiting to prepare for the signing period on Dec. 20.

White and Martin were paid through their contracts.

Graduate assistants Dalton Hilliard and Kyle Weiss will take over the defensive backs and linebackers as the team prepares for the Cactus Bowl on Dec. 26 in Phoenix. 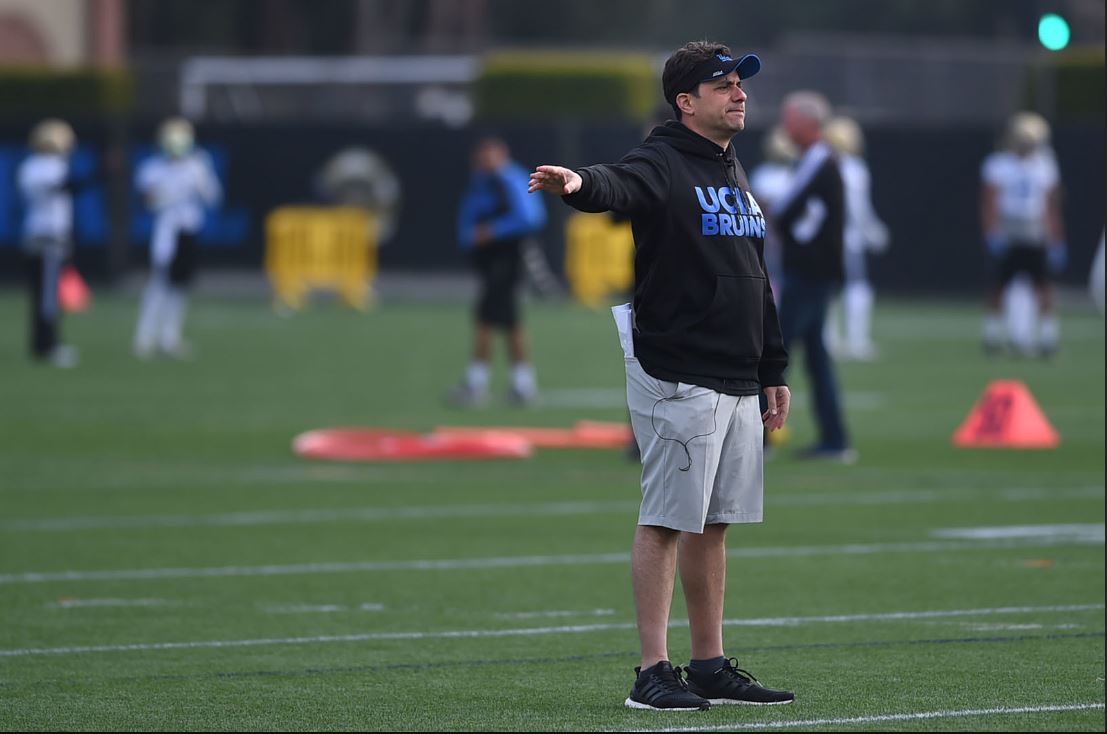 Here’s a list of UCLA’s assistant salaries and how they stack up to other schools in the Pac-12. (Stanford and USC, the conference’s two private schools, are not included) END_OF_DOCUMENT_TOKEN_TO_BE_REPLACED

Defensive backs coach Demetrice Martin talks about reloading in the secondary, what he loves about his young crop of defensive backs and what he tells Mossi Johnson on the field.

Defensive backs coach Demetrice Martin talks the process of cross-training his players, who his next Fabian Moreau is and why defensive back is the hardest position in the world.