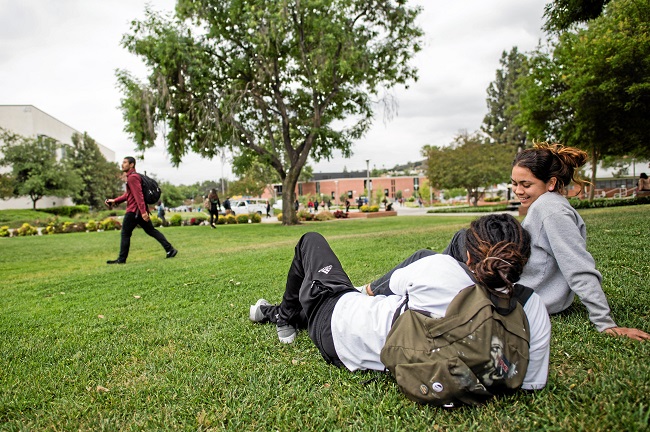 The Mt. San Antonio College Art Gallery will feature the work of Mt. SAC professor and ceramic artist Susie Rubenstein in its “Landmarks: Memories of Places” exhibit, which runs March 19 through April 16, at the Art Gallery. This exhibit is free and open to the public.   “Landmarks: Memories of Places” is a collection of Rubenstein’s work, consisting of ceramics, textiles, and charcoal drawings with a ceramic vessel oriented focus. Her work has been noted for its “renewed expression of the ethereal experience” and her “constant re-examination of line, of form and of their execution.” A special opening reception will be held Thursday, March 19, 4 to 6 p.m., in the Art Gallery, building 1B. Gallery hours are Tuesdays through Thursdays, 11 a.m. to 2 p.m., and Tuesday nights, 5 to 7:30 p.m. For more information, call the Art Gallery at (909) 274-4328. 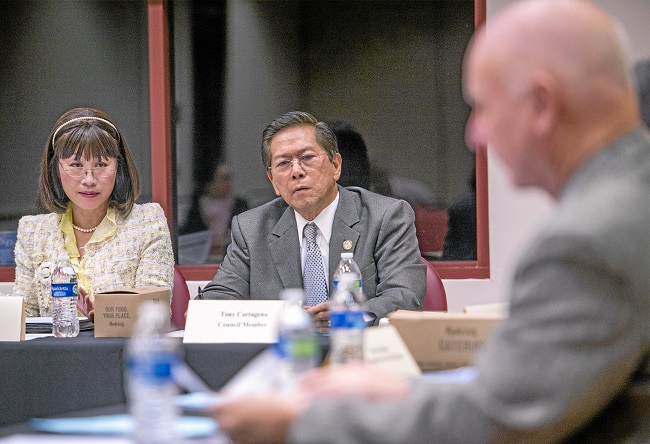 Faculty is fighting a student housing proposal at Mount San Antonio College. A long line of professors told the Mt. SAC board of trustees that student housing wasn’t needed or wanted at the community college in Walnut.

In March, President Bill Scroggins formed a student housing task force. He said Mt. SAC had been approached 18 months ago by an equity development group, Antarctica.

“They said in this economy, there’s a lot of cash chasing revenue. ‘So we’ve got the money and what we’d like to do with this money is help education, in particular community colleges,’” Scroggins recalled. “What have you got that produces any kind of revenue that will eventually pay off whatever investment we make in your college.”

So the two parties talked about the parking structure and the daily rates that could be charged. “That didn’t pencil out,” Scroggins said.

They also talked about solar power fields. “Now, we (Mt. SAC) see with our incentives and zero-interest loans, we are going to build that cheaper than anyone else,” he said.

The Mt. SAC CEO pointed out that the City of Industry had considered building student housing with redevelopment money on the west parcel. “Conversations with the Walnut City Council said ‘hell, no, we’re not going to have housing on Grand Avenue, but we’d be OK with housing over by Cal Poly,” Scroggins said.

So Antarctica was asked to show that student housing was feasible. It had the Cokley Group conduct a student survey on housing.

These documents were shared with the task force in September. The survey suggested housing would be attractive to athletes, out of state and international students.

For the first time in history, the City Council held part of its meeting Wednesday night in front of the Mount San Antonio College board as a kind of visual protest against the college’s plan to build a five-story parking structure adjacent to Walnut homes.

With city staff in tow, all five City Council members drove from Walnut City Hall, where their meeting began, to Founder’s Hall in the center of the Mt. SAC campus, filled out white comment cards and were called one by one to address the college board face-to-face over an issue that is dividing the two institutions.

All five, along with about 20 community members, urged the Board of Trustees to halt plans to build a five-story parking garage abutting dozens of Timberline homes along Mountaineer Road and instead relocate the structure elsewhere on the large campus.

The tense drama included numerous threats of litigation from some City Council members and attorneys with the neighborhood group, United Walnut Taxpayers, if the project was not relocated.

Councilman Eric Ching reminded the trustees the city a few years ago took on Ed Roski, who proposed an NFL stadium in nearby Industry, in court. “Is that what you want?” he said.

The odd arrangement came about after Mt. SAC’s Board of Trustees refused to meet with the City Council in joint session or with a board majority. Members of both groups met informally twice but with no resolution.