Running back Soso Jamabo talks about going back to Texas, competing with the other running backs and working with running backs coach/offensive coordinator Kennedy Polamalu.

Receiver Ishmael Adams talks about how comfort level at his new position, what his pitch for the No. 1 jersey would be and what the new game jerseys are like.

Tight end Nate Iese talks about refining his catching ability, working with the other tight ends and developing as a blocker.

Wide receiver Ishmael Adams talks about making the jump to offense and his competitive spirit. END_OF_DOCUMENT_TOKEN_TO_BE_REPLACED 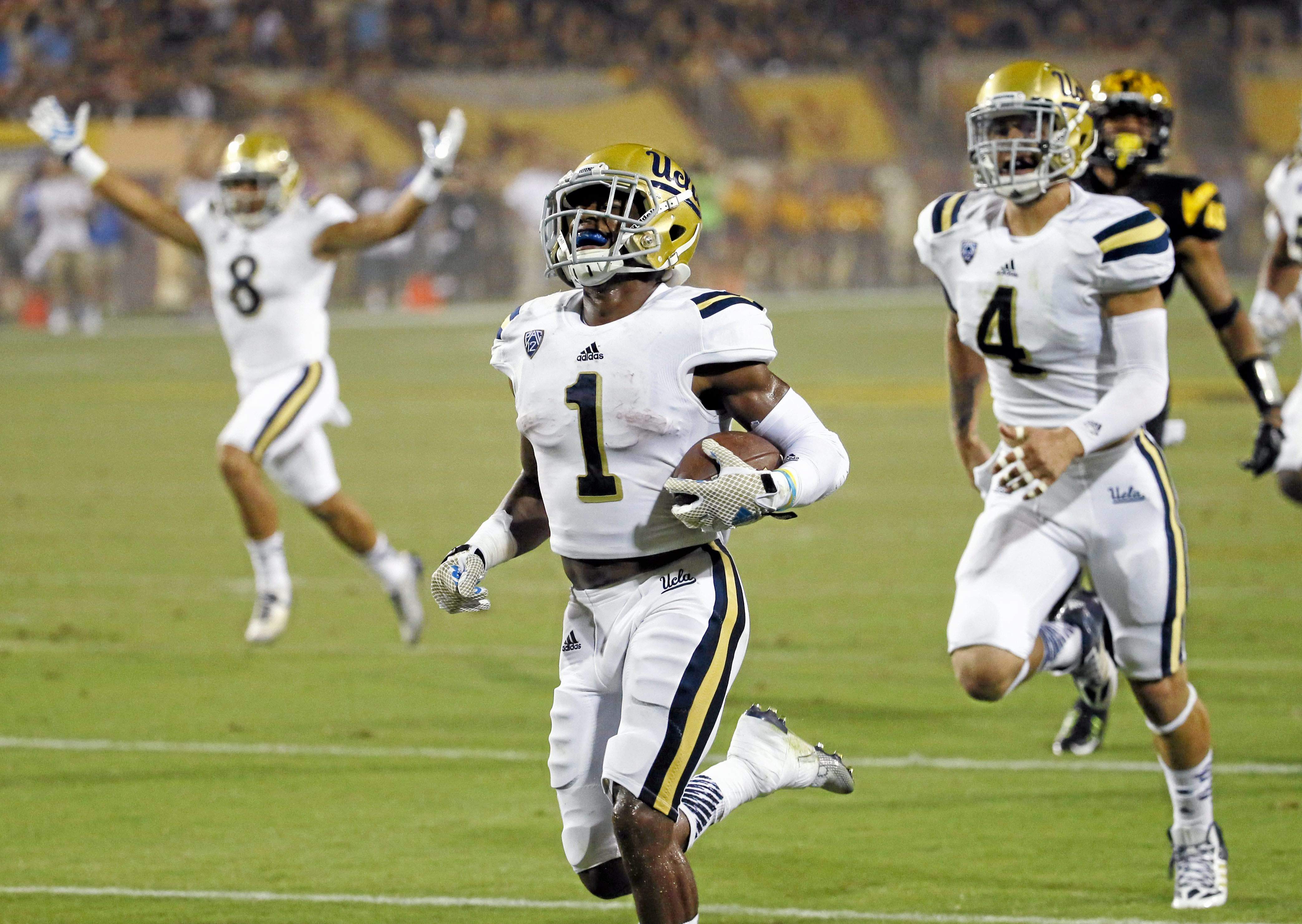 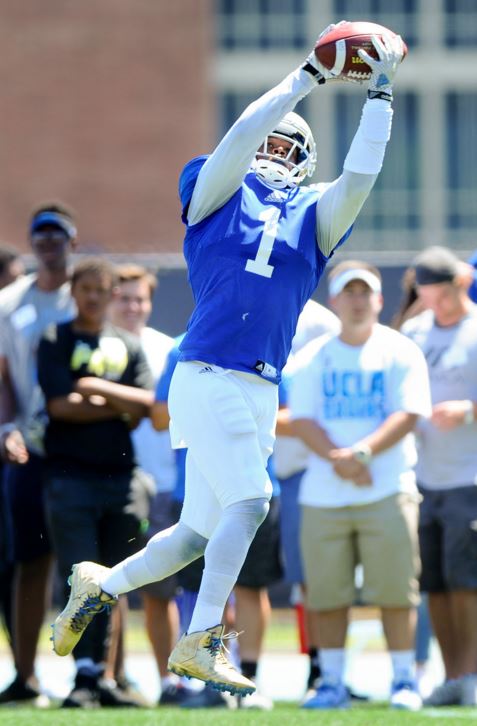 Ishmael Adams made a transition to receiver from cornerback during the spring. Photo by Michael Owen Baker

“Nothing is ever off the table, but it’s not something we’re looking at at this time,” Mora said of putting Adams back on defense. “Ish looks like he’s going to be such a threat offensively, you don’t want to overload him.”

Mora added that Adams could move back “if needed” as the team searches for ways to always get its best players on the field.

“He really developed as a route runner,” Mora said. “It’s not easy. It’s an art. There’s an art to running routes and it was real exciting to see the development he made as a route runner.”

Quarterback Josh Rosen and receiver Eldridge Massington both voiced their support of Adams’ move to offense, with the quarterback saying he definitely wants to keep Adams on offense and that his newest receiver “isn’t going anywhere.”