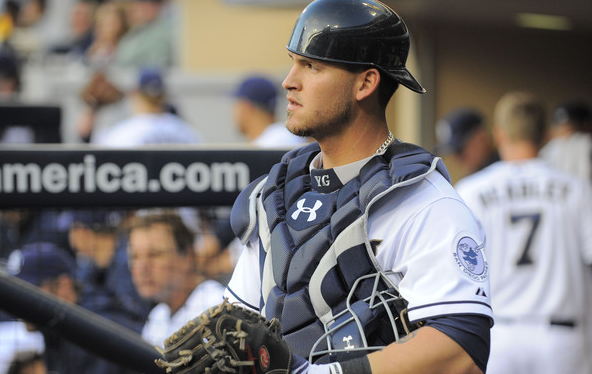 Yasmani Grandal was traded to the Dodgers in December, part of the three-team trade that sent Matt Kemp to San Diego and Jimmy Rollins to Los Angeles. (Getty Images)

Yasmani Grandal made his Dodgers debut Tuesday. Coincidentally, it came against the same team that employed him the last three years, the San Diego Padres.

“It’s funny,” he said before the game. “I was going through a scouting report and my wife was like, ‘I barely even know these guys.’ I know maybe half the team. (Will) Middlebrooks, (Yonder) Alonso, (Alexi) Amarista, (Jedd) Gyorko. I know the infield. That’s a good way to put it.”

To hear A.J. Ellis tell it, Grandal might have been selling himself short.

END_OF_DOCUMENT_TOKEN_TO_BE_REPLACED

The view from the top of #DodgerStadium into downtown #LA on a perfect day for baseball. #OpeningDay #Dodgers pic.twitter.com/3mfzDBN31S

The clouds have parted, Clayton Kershaw is warming up and Matt Kemp is in the building — on the other side this time. Otherwise it looks, smells and feels like Opening Day.

Here are the lineups for the Dodgers and Padres for the 1 p.m. game:
END_OF_DOCUMENT_TOKEN_TO_BE_REPLACED

1. Two days after throwing his last bullpen session, Brandon League told reporters that he’ll undergo an MRI on his right shoulder. In all likelihood he will begin the season on the disabled list. That brings the unofficial tally of disabled Dodgers to four: League (15-day DL), Hyun-Jin Ryu (15); pitchers Brandon Beachy and Chris Withrow are both on the 60-day DL.

2. Matt Kemp is not in the Padres’ lineup today.

3. The Dodgers were one of five teams (along with the Diamondbacks, Blue Jays, Tigers and Phillies) that lost money last year, according to Forbes.

4. Juan Nicasio is starting this “bullpen game,” but the Dodgers still see him as a reliever. This is not, by all accounts, an attempt to stretch him out as a starter.

Here are both lineups for the 1 p.m. game at Camelback Ranch:
END_OF_DOCUMENT_TOKEN_TO_BE_REPLACED 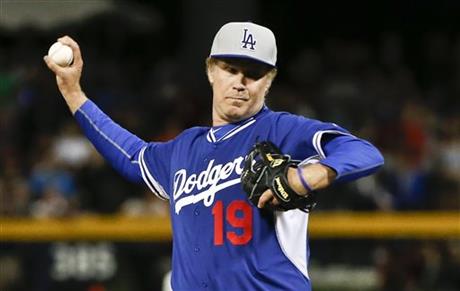 Here’s what else happened today:
END_OF_DOCUMENT_TOKEN_TO_BE_REPLACED