Some bullet points for a Europe Day:
END_OF_DOCUMENT_TOKEN_TO_BE_REPLACED 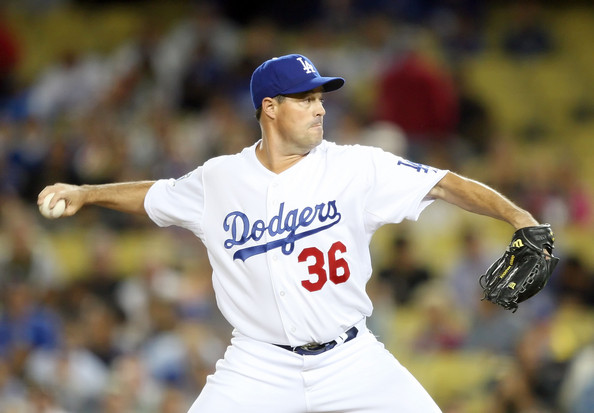 Greg Maddux pitched 23 games, regular season and playoffs combined, during stints with the Dodgers in 2006 and 2008. (Getty Images)

For your consideration, in the category of important dates in Dodgers history: June 6 and July 31, 2006.

On June 6, the Dodgers drafted Clayton Kershaw out of high school.

On July 31, they traded for Greg Maddux.

Not a bad couple months.

Maddux won’t be a unanimous first-ballot Hall of Fame selection, but he’ll probably come close. The Hall of Fame class of 2014 will be announced Wednesday and, barring a stunning comeback by Mike Piazza (currently polling at 67.7 percent), Maddux will be the only former Dodger going into Cooperstown this year.

I talked to Dodgers president Stan Kasten about Maddux and his legacy. Kasten was president of the Atlanta Braves during Maddux’s prime, which included a run of four straight Cy Young Awards, three straight ERA titles, and no less than 15 wins every season from 1988 to 2004. Take a moment to soak all that in.

Here are a couple tidbits about Maddux’s career that won’t make my story for Thursday’s editions:

“We weren’t sure we were going to get him,” Kasten said of pursuing Maddux in free agency in 1992. “The Yankees did outbid us substantially, but he decided he didn’t really want to play in that environment. He had a really good friend on our team, Damon Berryhill, who used to catch to him in Chicago. Damon told him how great the organization and environment was in Atlanta.”

Only one thing gave Kasten any pause about signing the pitcher to a five-year, $28 million deal.

“He wasn’t the cleanest medically,” Kasten said, “but we had good doctors, doctors with opinions we trusted. They signed off on him.”

Maddux only went on the disabled list once in 23 seasons. Maybe he played through more pain than anyone realized.

Some bullet points for a St. Distaff’s Day:

END_OF_DOCUMENT_TOKEN_TO_BE_REPLACED 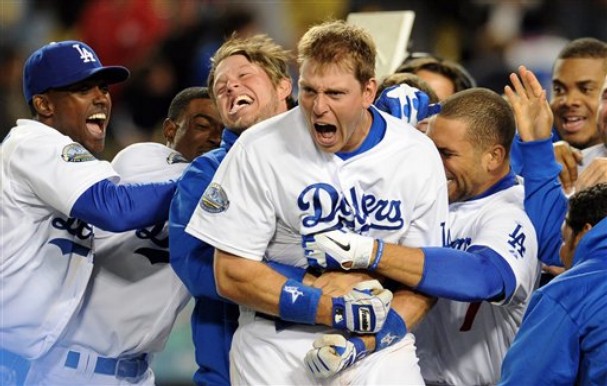 END_OF_DOCUMENT_TOKEN_TO_BE_REPLACED

It wasn’t fair to the lineup of minor-league campers who hadn’t even faced live batting practice yet, but Clayton Kershaw was pitching like the reigning National League Cy Young Award winner Sunday.

Kershaw struck out five of the seven batters he faced, induced a groundout to third base, and allowed a broken-bat infield single to Jake Lemmerman– a 22-year-old from Corona Del Mar who can claim a new career highlight above the 21 Double-A games he played last season.

“It was good to get into that game setting and get back into the routine of every fifth day having something to do,” he said.

The Dodgers’ opening day starter, Kershaw topped out at 93 mph on the radar gun — 94 if you include the ball Lemmerman put in play, a reading that can be obscured by the swing of a bat. Matt Treanor, who was calling and receiving Kershaw’s pitches Sunday, felt like the left-hander was throwing harder. He guessed 96.

“The sky’s the limit with that guy,” Treanor said. “I’ve hit against him. I’ve seen what he can do. The guy’s very special. He went out there today with a certain mindset and that’s the mark of a pro, really. He knew what he wanted to do and executed what he wanted to accomplish with the workout.”