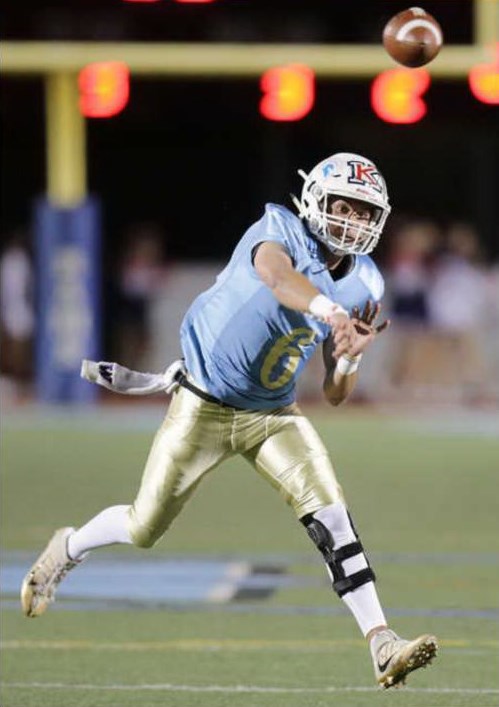 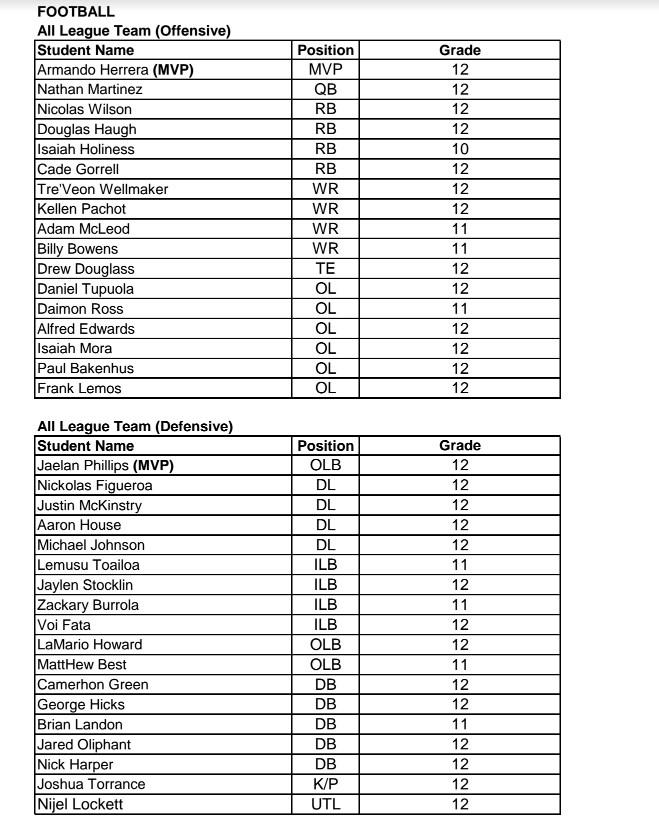 END_OF_DOCUMENT_TOKEN_TO_BE_REPLACED

REV QB Armando Herrera, above, is questionable for Friday’s game

Who will play quarterback for Redlands East Valley in Friday’s CIF-SS Inland Division championship game vs. Riverside Poly?
REV coach Kurt Bruich is prepared to use everybody and anybody if starting star sophomore quarterback sophomore Armando Herrera can’t play this week after injuring his shoulder in last week’s win over Perris Citrus Hill.
REV coach Kurt Bruich said he didn’t know on Tuesday if Herrera would play, as Herrera missed at least the beginning of practice while his injured shoulder was being examined by REV’s team doctor.
Bruich said they are preparing to use as many as three quarterbacks if Herrera can’t go: sophomore Steven Garcia, senior Seth Bates and senior Malik Lovette.
Lovette gets snaps every game at quarterback in a wildcat formation, regardless of who starts, and also spends a lot of time at running back and wide receiver. He has attempted only six passes and completed one. Garcia completed one of five passes for 17 yards in last week’s win over Perris Citrus Hill, but had only one pass or carry in a game before last week: a 4-yard run against Eisenhower in Week 6. Bates had two carries for 18 yards last week, but has not attempted a pass since Week 5 vs. Miller, going 3 for 4 for 16 yards.
Bruich did add that Herrera would not need to get any reps in practice during the week in order to be able to play on Friday.
Could this be an advantage for REV?
It could, but would only slightly offset the disadvantage of not having Herrera. Lovette is the best runner, Garcia is the best passer and Bates is in between the two, so there are some different strengths among the trio.
But, Poly would already need to prepare for Lovette at QB, because that’s a package that REV uses in every game. And preparing for Garcia and Bates is not like preparing for Herrera, who has thrown for 2,917 yards, 36 touchdowns with only seven interceptions.