Arroyo Valley’s Best of the Best girls basketball all-star game, which was originally slated to be played on Saturday (4/18), has been moved to next Thursday, 4/23 at Arroyo Valley at 6:30 p.m.
It is the fifth annual game and second at Arroyo Valley. Coach Michael Anderson said this one was moved primarily moved to Saturday. The Inland valley all-star basketball games will be played at Miller on Sunday primarily due to spring. 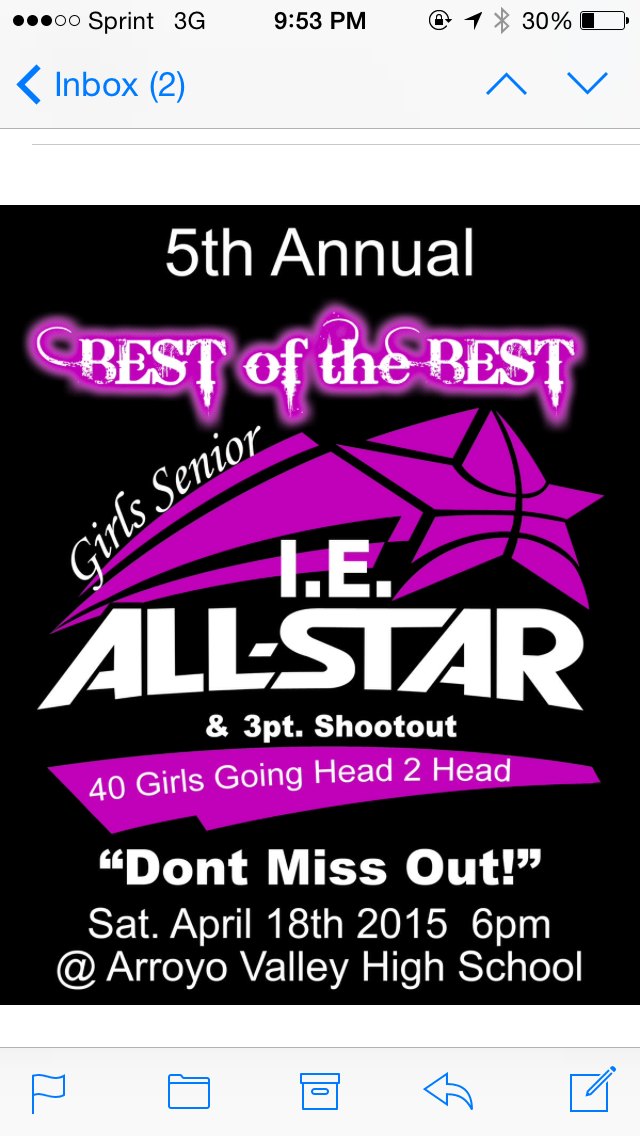 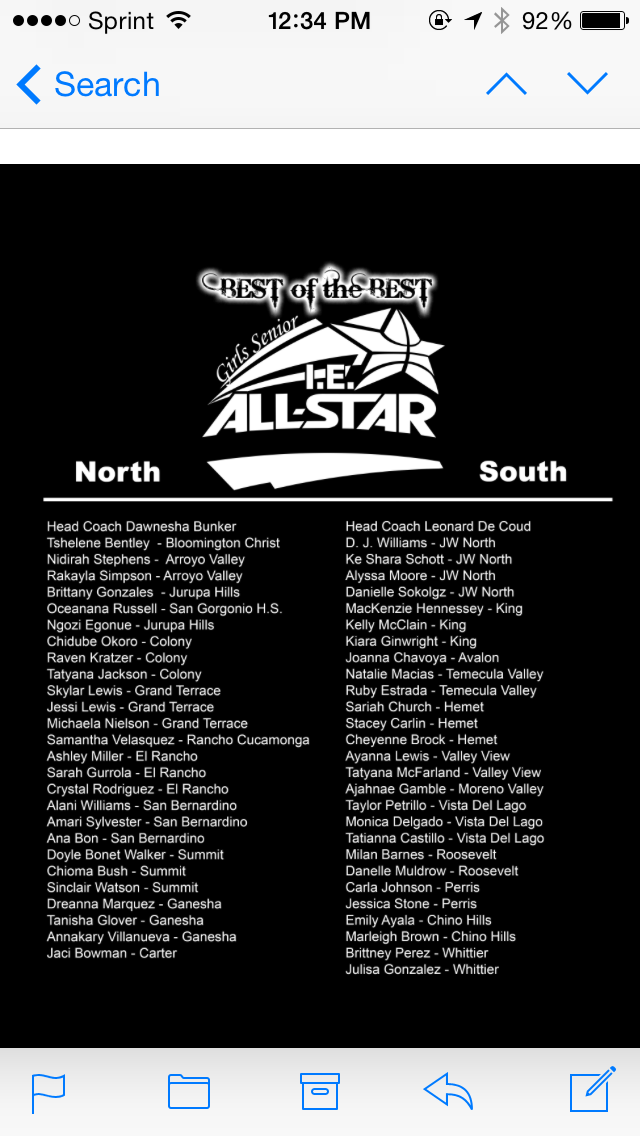 What constitutes an excessive blowout that crosses the line for good sportsmanship?
Earlier this season, the discussion was about Arroyo Valley girls basketball’s 161-2 win over Bloomington.
While it doesn’t involve a local team, but what about Hemet Tahquitz’s 26-0 boys soccer victory over Los Angeles Summit View West?
Which is worse? Well, the girls basketball game probably should never have been scheduled by the athletic directors, but the soccer was a Division 5 playoff game.
The girls basketball score was 104-0 at halftime, and the leading scorer in the game, Tamera Trigg, scored 43 points compared to her season average of about 27.
In the boys soccer game, it wasn’t reported what the score was at halftime.   Marcos Rojo led the way for Tahquitz with seven goals. He had scored only 11 on the season before that. But the team had 14 different players score goals, and two others had assists.
So are they both bad? And if so, which is worse? To be honest, I’d really need to see tape of both games. I’m sure something could’ve been done in both instances to hold the game down a little, but I don’t exactly know how excessive it was.
I once reported about the aftermath of a game now nearly 20 years ago, a girls soccer game between Bonita and Ganesha. I believe the final score was 19-0 in favor of Bonita, in a league game. The problem was, the  coach left his star player, Kendra Payne, in the game for too long and she set a CIF-SS record with 13 goals in the game (which I believe still stands).  The consensus seemed to be that this was excessive, because they were scoring goals just so Payne could get the record.
But 26-0 and 161-2? Whether excessive or not, it didn’t do the winning teams much good. Arroyo Valley girls basketball lost in the first round of the playoffs, while Tahquitz lost in the next round to Rialto. Did those teams get what they deserved? Some might say so, but I don’t think so, just that playing that kind of opponent isn’t really going to help in the long (or short) run.