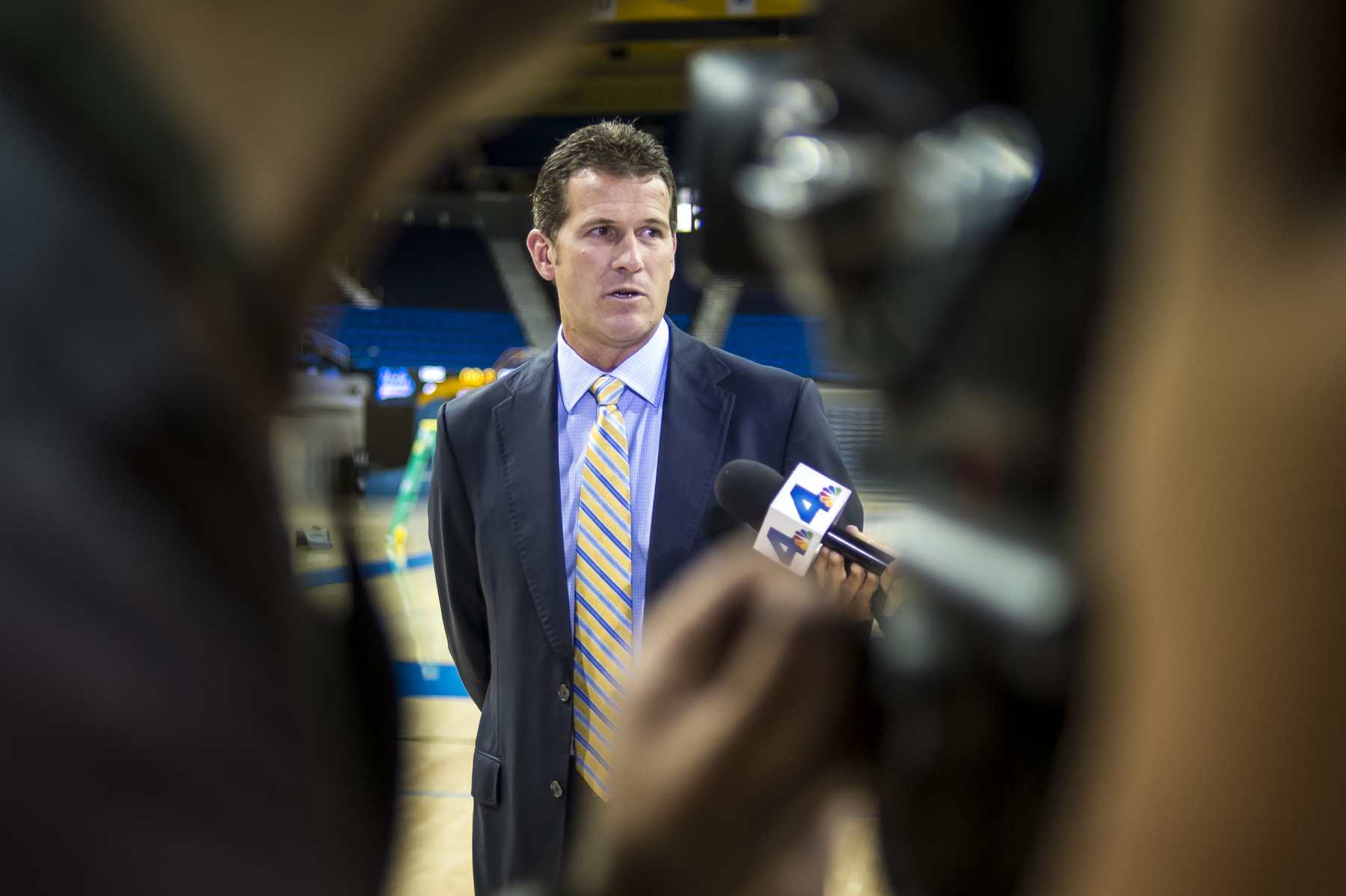 » Forward Gyorgy Goloman has been sidelined by a stress fracture since Oct. 11. He was given a recovery timetable of six to eight weeks then, but will be reevaluated by a doctor on Tuesday. The team is hoping to get a more precise return date after that. END_OF_DOCUMENT_TOKEN_TO_BE_REPLACED

By halftime on Tuesday night, the game was all but over.

UCLA went back into its locker room at the Lahaina Civic Center in a 26-point hole against No. 5 Kansas. The Bruins had allowed the Jayhawks to outshoot them, 58 percent to 34, and outrebound them, 23 to 15. KU had 11 fast break points to UCLA’s two.

By the end of the night, Kansas had advanced to the finals of the Maui Invitational with a commanding 92-73 win. The Bruins had stayed within single digits for less than eight minutes. They trailed by at least 20 points for all but 62 seconds of the final 28 minutes.

The same zone defense that had flustered UNLV one night earlier didn’t put up as much of a fight against an offense that was coming off a 123-point eruption against Chaminade. KU hit 8 of 15 3-pointers, exploiting a weakness that has become common in Steve Alford-coached teams.

Ball control remains an issue for a backcourt that looks disjointed despite its depth. The Bruins had 11 assists against 11 turnovers, which was actually a slight improvement over its previous assist-to-turnover ratio of 0.91 (231st nationally).

Isaac Hamilton bounced back from an ugly, turnover-laden showing against UNLV, leading UCLA with 19 points on 8-of-13 shooting. Freshman guard Aaron Holiday had 16 points and a team-high three assists, but also committed four fouls. Junior Bryce Alford made just one field goal, finishing with six points.

Less than two weeks into its third season under Alford, UCLA is already 0-5 against ranked nonconference opponents. No. 1 Kentucky, No. 10 Gonzaga, and No. 9 North Carolina all dot the team’s December slate.

The Bruins will play Wake Forest in the tournament’s third-place game at 4:30 p.m. PT on Wednesday.

UCLA men’s basketball released its upcoming nonconference schedule today, and the spot to mark in your calendar is Dec. 3.

That’s when the Bruins will host Kentucky, facing a team that dismantled them in an 83-44 blowout last December in Chicago — one that the Wildcats opened with a 24-0 run. UK will almost certainly enter Pauley Pavilion as the favorite, but this is also a team that lost seven players from its Final Four squad.

As has become customary under head coach Steve Alford — who is heading into his third season — UCLA has a loaded nonconference slate that also includes a visit to Gonzaga on Dec. 12, and a game against North Carolina on Dec. 19 at the Barclays Center in Brooklyn. Both teams beat the Bruins by double-digits last winter. The Bulldogs also ended UCLA’s season with a 74-62 win in the Sweet 16.

“I’ve maintained all along that we want to upgrade our program’s schedule in hopes of playing tough and exciting marquee games,” Alford said in a statement, “and I’d say we’ve moved even further in that direction this year. … This non-conference schedule figures to be one of the strongest in the nation, and I know our players can’t wait to take on this challenge.”

The Bruins could also play Kansas and Indiana in November’s Maui Invitational, a tournament that also includes St. John’s, UNLV and Wake Forest.

UCLA’s first competition will come in an exhibition game against Cal State Los Angeles on Oct. 30, and it will officially open its season against Monmouth on Nov. 13.

After securing his release to transfer from UCLA on Monday, quarterback T.J. Millweard has committed to play at Kansas under head coach Charlie Weis. The redshirt freshman will sit out a season due to NCAA rules and be eligible to play in 2014.

Millweard had said he wanted to enroll at a school in the South or Midwest. A graduate of All Saints Episcopal in Fort Worth Texas, he also spent eight years of his childhood in Kansas City. His mother, Cynthia, is a Kansas alum. 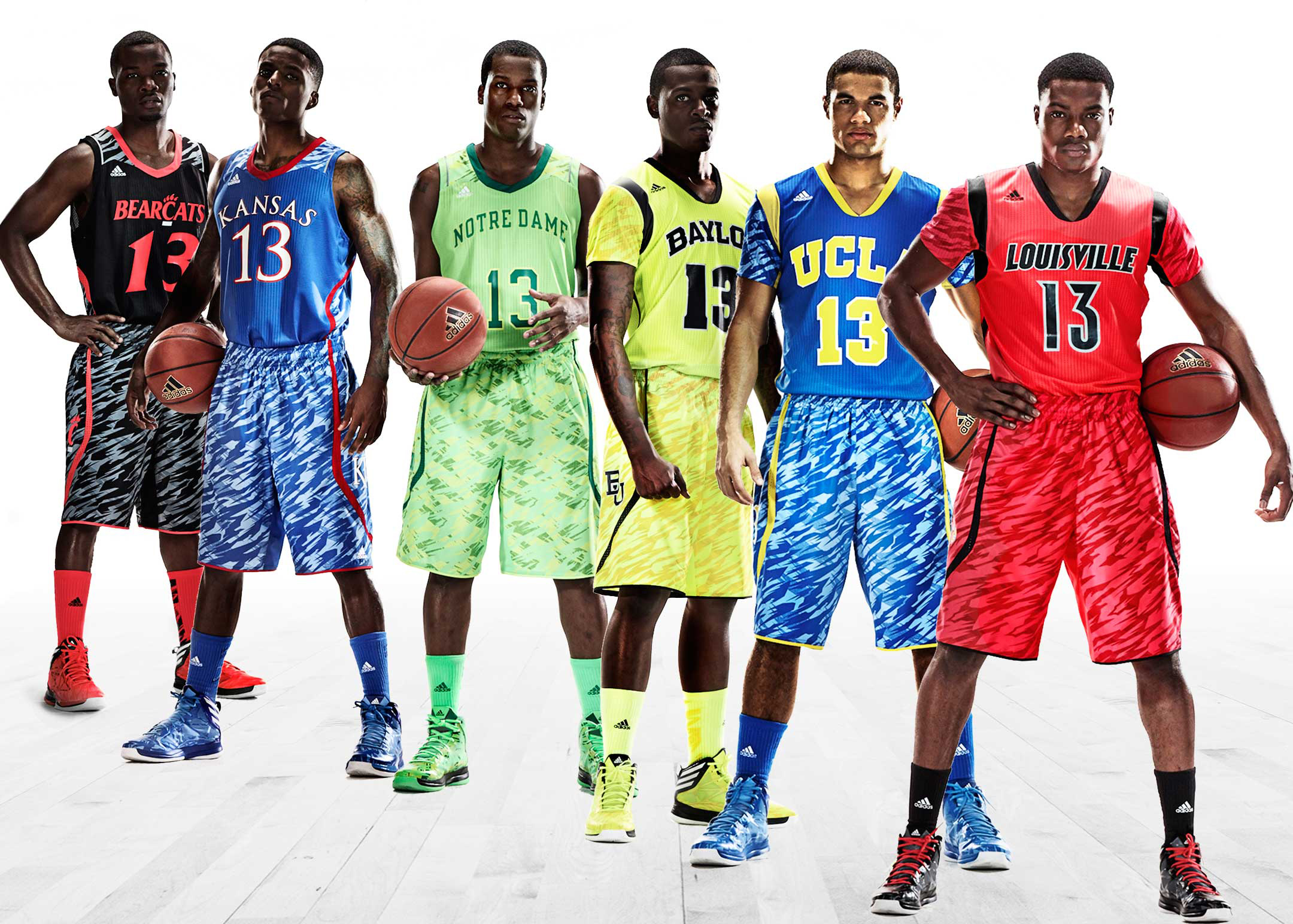 UPDATE: A UCLA spokesperson said players were presented with uniform concepts in advance and loved them.