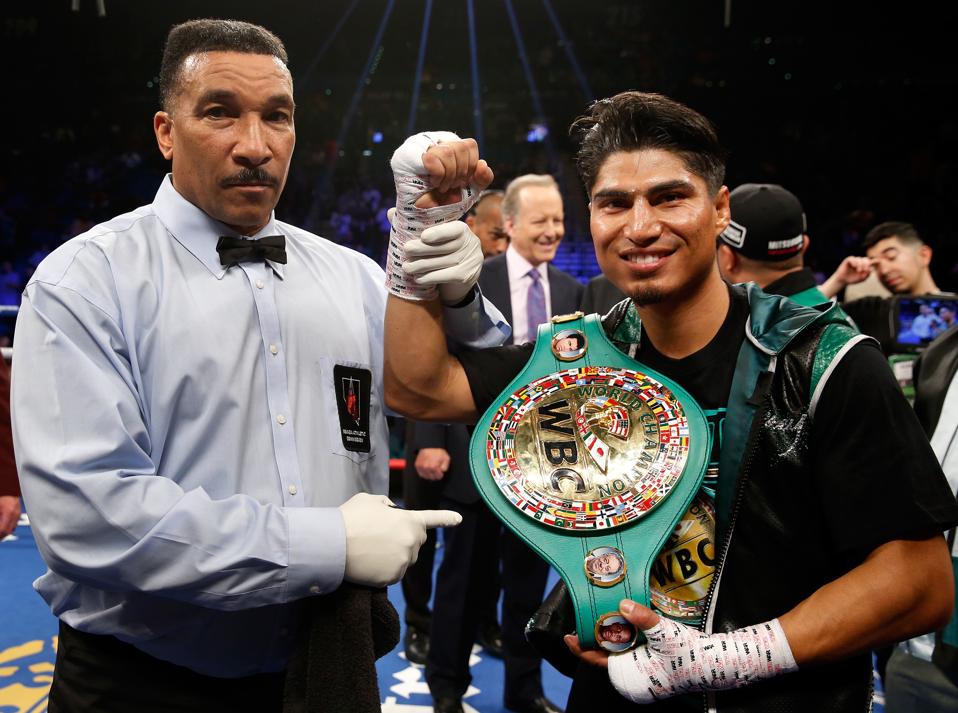 Victor Ortiz has 12 acting credits, according to IMDb, and he claims getting more is no problem. He also wants to fight, and that’s why Sunday he’ll return to the ring after a 14-month layoff to take on Saul Corral in the welterweight main event from Rabobank Theater in Bakersfield (on Fox Sports 1).

This week, from his camp in Ventura, Ortiz at times spoke in bristling tones while discussing the resurrection of a career that has seen him lose four of his past six fights since winning the welterweight world title with a decision over Andre Berto in April 2011.

“I’ve been written off before,” said Ortiz, 30. “People have said I should retire since my first loss. I came back from that loss and became a champion. I don’t care what people have to say about me. I could go act full-time if I wanted, but I truly love this sport.”

One of the reasons why Ortiz has had only six fights in six years is because he was off 19 months after having his jaw broken by Josesito Lopez in a June 2012 fight at Staples Center. Still, Ortiz has not been real busy since losing his title to Floyd Mayweather Jr. in September 2011 via controversial fourth-round knockout.

Ortiz intimated his less-than-flattering five-month reign as champion is another reason why he is continuing his career.

“The hunger is definitely still there inside of me,” he said. “When I became world champion, it was a short-lived experience. I had reached a high pinnacle and lost it in a fashion that I was never satisfied with. I’m blessed to be healthy enough to come back.”

In that loss to Mayweather, Ortiz gave Mayweather one too many hugs after Ortiz was deducted a point for an intentional head-butt, Mayweather knocking out Ortiz with his hands at his sides.

“I still feel like I can be one of the best in the 147-pound division,” Ortiz said. “It’s there for the taking. There are some gifted fighters in there and I respect them, but I believe that I have what it takes to be right up there. I’m a complete fighter.”

Corral, 30, of Mexico, is 25-9 with 16 knockouts. He has a common opponent with Ortiz in Lopez, who defeated Corral via unanimous decision in April.

Robert “The Ghost” Guerrero on Monday announced his retirement from boxing, two days after he was decked five times by Omar Figueroa Jr., who stopped Guerrero in the third round of their scheduled 10-round welterweight bout at Nassau Coliseum in Uniondale, N.Y.

“First, I want to thank God for allowing me to have a wonderful career,” Guerrero said in a statement. “I’m a kid from a small town in Gilroy, Calif., who made it to the mountaintop of the boxing world. When I was a young kid growing up, I always believed in myself.

“But never in my wildest dreams would I have imagined a small-town kid like myself would be fighting in front of millions of fans.”

Keith ‘One Time’ Thurman delivers an uppercut to the jaw of Shawn Porter during their fight in June at Barclays Center, won by Thurman/Photo by Ed Mulholland, Getty Images

Danny Garcia and Keith “One Time” Thurman on Friday successfully made weight for their welterweight title-unification bout Saturday at Barclays Center in Brooklyn (on CBS).

The fighters can’t wait to get at one another.

“This fight has been brewing for a long time,” said Thurman, of Clearwater, Fla. “Both of us wanted this fight. There’s a reason why this fight is happening. We’re young, we’re hungry and we’re not trying to wait around. It’s time for this to go down.”

Garcia, a former junior welterweight champion, believes he’s been underestimated for this fight and he aims to prove the doubters wrong.

“People say he’s the bigger man because he’s been at this weight longer than me,” said Garcia, of Philadelphia. “I’m taller than him, I’m wider than him and I have a bigger back than him. I feel like I’m the fresher welterweight.”

Danny Garcia, left, lands a left hook to the jaw of Robert Guerrero in their welterweight title fight in January 2016 at Staples Center. Garcia won a unanimous decision/AP photo by Mark J. Terrill

There have been many high-profile welterweight title fights over the years. From Sugar Ray Robinson-Kid Gavilan (rematch, July 1949) to Jose Napoles-Emile Griffith (October 1969) to Roberto Duran-Sugar Ray Leonard (June 1980) to Leonard-Tommy Hearns (September 1981) to Pernell Whitaker-Julio Cesar Chavez (September 1993), there have been some great ones.

Keith “One Time” Thurman and Danny Garcia on Saturday will square off in a welterweight title-unification bout at Barclays Center in Brooklyn (on CBS). Although they will be hard-pressed to match the terrific action produced in the aforementioned bouts, both seem to realize the significance of this bout in one of boxing’s beloved weight classes.

“When you look at the facts and our records, it doesn’t get bigger than this,” said Thurman, of Clearwater, Fla. “There’s no comparison to my other fights. This is the biggest fight of my career.”

“There’s always been some tough fights in the legacies of other great fighters,” Garcia said. “Each fight is a learning experience. Everything in my career has led me to this fight.

That the bout is being held in Brooklyn makes it even sweeter, said the fighters, both of whom have fought multiple times at Barclays.

Said Garcia: “The atmosphere at Barclays Center is amazing. I’ve always requested to fight here and I’m glad they accept me.”

This one is tough to pick. But Garcia has no doubt he’ll be the best man.

“I’m definitely a better fighter than Keith Thurman,” he said. “He’s never been in the ring with a guy like me. Saturday night, I’m going to prove it.”

Former welterweight champion Luis Collazo of Brooklyn is 35, and he’ll be 36 in April, so his career is on the downside. Sammy Vasquez is just 30, and he’s still trying to get a shot at a major title, so he’ll have plenty to lose when he takes on Collazo on Thursday from Horseshoe Casino in Tunica, Miss. (on Fox Sports 1).

“Luis Collazo is a really tough opponent,” said Vasquez, of Monessen, Pa. “He’s always game; it doesn’t matter who he fights. I always enjoyed watching him growing up because he’s quick, strong and savvy.”

Vasquez is coming off his only defeat, to Felix Diaz via unanimous decision in July in Birmingham, Ala.

Collazo (36-7, 19 KOs) is hopeful of showing he still has the goods to be competitive against solid opposition.

“I’ve been in this game for 17 years as a pro,” he said. “I’ve seen every type of fighter. We’ll find out Thursday night how much I have left. Sometimes fighters can get counted out, but people don’t understand what’s going on behind the scenes. My preparation for this fight was great and we’ll find out Thursday if it translates to the ring.”