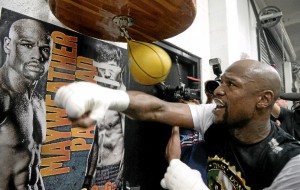 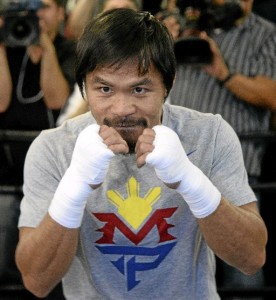 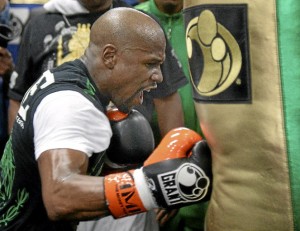 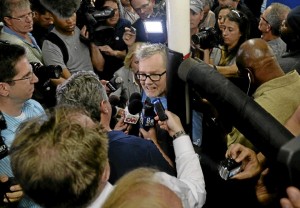 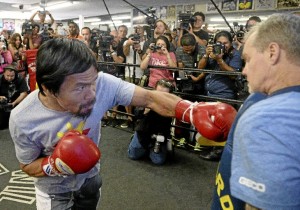 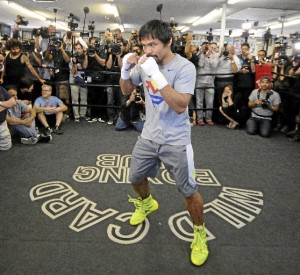 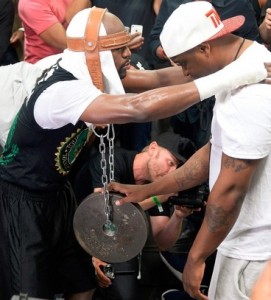 Super lightweight world champion Danny Garcia was born and raised in Philadelphia. But he is of Puerto Rican descent and when it comes to how he stacks up with other fighters of his heritage, he takes it very seriously.

“I used to love other great Puerto Rican boxers like Felix Trinidad, Miguel Cotto and Hector Camacho,” Garcia said. “I feel like I’m definitely working my way up into the ranks with them and following their footsteps.”

Right off the top, we noticed that Garcia left out Wilfredo Gomez. But Garcia has a lot on his mind as Saturday he will square off with fellow champion Lamont Peterson at Barclays Center in Brooklyn (on NBC). Also, Gomez, 58, retired in 1989 – the year after Garcia was born.

Adonis Stevenson on Saturday retained his light heavyweight world title with a unanimous decision over Sakio Bika at Pepsi Coliseum in Quebec City, Quebec, Canada. Stevenson decked Bika twice and won by scores of 115-110, 115-111 and and 116-110. Bika (32-7-3), of Australia via Cameroon, tasted the canvas in the sixth and ninth rounds.

Stevenson (26-1, 21 KOs), of Laval, Quebec, appears on a collision course with fellow champion Sergey Kovalev, who holds the other three belts.

Julian “El Camaron” Ramirez of Los Angeles is now 14-0 after winning a lopsided unanimous decision over Raul Hidalgo of Mexico in the 10-round featherweight main event Thursday at Belasco Theater in Los Angeles. The card was part of Oscar De La Hoya’s L.A. Fight Club series.

Ramirez did good work both to the head and body.

Perhaps Sakio Bika had a vision because he must have been dreaming when he said what he said at Wednesday’s final news conference promoting his challenge to light heavyweight champion Adonis Stevenson on Saturday. The two will square off at Pepsi Coliseum in Quebec City, Quebec, Canada (at 12 p.m. on CBS).

“He’s knocked people out, but I’ve never been knocked out,” said Bika, of Australia. “On Saturday, I’ll be the one to knock him out.

Stevenson, of Laval, Quebec, is a beast in the ring. His nickname is “Superman.” He is 25-1 with 21 knockouts for a knockout ratio of 80.7 percent. He won the title when he knocked out Chad Dawson in the first round in June 2013 and has made four successful defenses.

Bika is 32-6-3 with 21 knockouts, a knockout ratio of 51.2 percent. Bika is a former super middleweight champion, and this will be his first fight at light heavyweight.

There is always the chance that Stevenson will be looking past Bika to fellow champion Sergey Kovalev, as that fight could be on the horizon. Stevenson intimated that will not be the case.

“I’m very focused because I know Bika is very dangerous,” Stevenson said. “I know he’s going to come into the ring and try to give me trouble.”