Oscar De La Hoya, president of Golden Boy Promotions, has been named Boxing Promoter of the Year by Sports Illustrated.

“I’m humbled and honored and thank Sports Illustrated for this incredible recognition,” De La Hoya said in a statement. “When I was inducted to the Boxing Hall of Fame in June, I made a promise that Golden Boy Promotions would focus all of its energies on a simple premise – bringing the best fights to the fans of our sport. In 2014, we started to deliver on that promise, but we have only scratched the surface of what is possible. Working with our outstanding stable of fighters, our fellow promoters and everyone else in our sport who shares our goals, 2015 is primed to be a huge year for boxing.”

Manny Pacquiao on Tuesday responded to Floyd Mayweather Jr., who Friday night during an interview on a Showtime Boxing telecast called on Pacquiao to make their long-anticipated fight that would – even now – likely break all gate and pay-per-view records.

Mayweather said, “Let’s make this fight happen for the people and the fans,” on Friday night. Pacquiao came back with this tweet on Tuesday:

.@FloydMayweather, “don’t be a boxing humbug. Let’s give the fans the fight they want. They have waited long enough.”

If the fight were to come to fruition, it could be May 2, the date of Mayweather’s next fight.

In what seemed to be an unpopular decision, Timothy Bradley settled for a draw with Diego Chaves in the welterweight main event Saturday night at the Cosmopolitan in Las Vegas. The fight was televised by HBO.

The scorecard that was under the most scrutiny was that of Julie Lederman, who gave the fight to Argentina’s Chaves 116-112. Burt Clements had the fight for Bradley at 115-113 and Craig Metcalfe had it even 114-114.

Bradley – a former junior welterweight and welterweight champion from Palm Springs – had a huge lump under his left eye, which was partially closed. He is now 31-1-1 with 12 knockouts.

Chaves – a former interim welterweight champion – had a slightly close left eye. He is now 23-2-1 with 19 knockouts.

Mares decked Ramirez (25-5)  in the first, third and fifth rounds. Mares (28-1-1, 15 KOs) is now 2-0 since losing his featherweight title to Jhonny Gonzalez, who knocked out Mares in the first round in August 2013 at StubHub Center in Carson.

Amir Khan pounded out a wide unanimous decision over Devon Alexander on Saturday night in the welterweight main event at MGM Grand in Las Vegas. The fight was televised by Showtime. 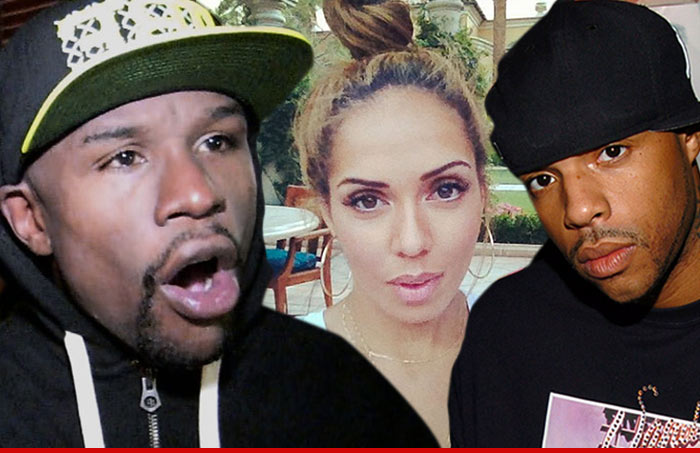 TMZ has reported that Floyd Mayweather Jr. was a face-time witness to the murder-suicide of his friend – rapper Earl Hayes – and Hayes’ wife, VH1 star Stephanie Moseley – on Monday morning in Los Angeles.

Hayes apparently was upset over his wife’s alleged infidelity. According to the report, Hayes had called Mayweather on face-time and Mayweather was at least a partial witness – he allegedly heard everything – to Hayes shooting his wife and then turning the gun on himself.

Copy and paste these two links for the full report from TMZ.

Bowe went 43-1 with 33 knockouts fighting from 1989-2008 – at one point he went nearly eight years without fighting. Bowe was 5-1 in heavyweight world-title fights, his only loss coming via majority decision to Evander Holyfield in a title fight in November 1993 at Caesars Palace in Las Vegas. Bowe and Holyfield fought three times, with Bowe winning twice.

“I’m ecstatic,” Bowe said in a statement. “As a kid, this is what I dreamed of. I’m just so happy. For me, hard work and determination got me in the Hall of Fame.”

Mancini sported a record of 29-5 with 23 knockouts fighting from 1979-1992. After being stopped by Alexis Arguello in the 14th round in October 1981 in his first shot at the lightweight championship, Mancini knocked out Arturo Frias in the first round seven months later – in May 1982 – to take the lightweight belt held by Frias.

Like Bowe, Mancini was stoked to hear the news.

“Wow,” Mancini said. “I’m humbled and I’m honored. To be in the International Boxing Hall of Fame with so many of my friends and heroes, is overwhelming.”

Tragedy struck in Mancini’s second defense when he knocked out Deuk-Koo Kim of South Korea in the 14th round of a very brutal bout. Kim died four days later as a result of the injuries sustained in the fight at Caesars Palace.

It was the fight that led to 15-round championship fights being reduced to 12 rounds.

Hamed, an entertaining and very cocky southpaw, went 36-1 with 31 knockouts from 1992-2002. He was 16-0 in major featherweight world-title fights before losing to Marco Antonio Barrera via unanimous decision in a bout for a minor title in April 2001. Hamed had just one more fight and retired at age 28.

“This is amazing news,” Hamed said. “It’s an absolute honor to be recognized with some of the best fighters that ever lived. I’m overwhelmed to hear this news. What can I say? I’m so happy that I officially got the call from the International Boxing Hall of Fame to tell me this. For every fighter this is the phone call of a dream because when you get a phone call saying you’re going to be inducted into the International Boxing Hall of Fame, it’s not every day you get that call.”

The trio will be enshrined June 14 in Canastota, N.Y.

Abner Mares of Hawaiian Gardens had been out of the ring for 11 months when he squared off with Jonathan Oquendo and defeated Oquendo via unanimous decision on July 12 at MGM Grand in Las Vegas. The fight before that, Mares lost his featherweight title when he was knocked out in the first round by Jhonny Gonzalez of Mexico on Aug. 24, 2013 at StubHub Center.

Mares (27-1-1, 14 KOs) will be back in the ring again Dec. 13 when he takes on Jose Ramirez (25-4, 15 KOs) of Mexico in a 10-round featherweight bout on the undercard of the Amir Khan-Devon Alexander welterweight main event (on Showtime). Mares can’t wait.

“I am so happy to be back at MGM Grand after my recent win in July,” said Mares, an Artesia High graduate. “My ultimate goal is another shot at a world championship and a win on Dec. 13 will help me get there. I plan on putting on a great performance and showcasing my skills once again.”

Mares, who turned 29 on Nov. 28, has won titles in the bantamweight, super bantamweight and featherweight divisions.

Manny Pacquiao has never been a trash-talker, but Freddie Roach has encouraged Pacquiao to be much more assertive when it comes to making his feelings known about how badly he wants to get Floyd Mayweather Jr. into the ring.

Roach last week told this newspaper that the right people are talking about getting this fight done, but that Pacquiao can help his cause by getting a bit mouthy.

“Manny’s always been a very respectful person and he’s never called Mayweather out,” Roach said. “He’s always said, ‘My promoter will decide who we fight next,’ and just being a gentleman. And now the commerical came out and he was real excited about that. And he’s talking for the first time because we figure that’s the only way to get him (Mayweather) out since being a gentleman didn’t work.”

Roach is referring to a Foot Locker commercial in which Pacquiao gets excited because he thinks Mayweather has finally agreed to fight him.

“We’ve gotta antagonize this guy to get him to come to the table, I think,” Roach said of Mayweather. “So Manny’s talking and I told Manny, ‘Manny, you keep doing that commercial. Do that every time you talk to somebody from the press. Because then they can write something about how bad you want the fight. But if you don’t say nothing, they can’t write nothing because you didn’t say nothing.’ I said, ‘If the press gets behind it, and the boxing world is already behind it, I think it will make more noise for us and I think it’ll make the fight happen faster.”