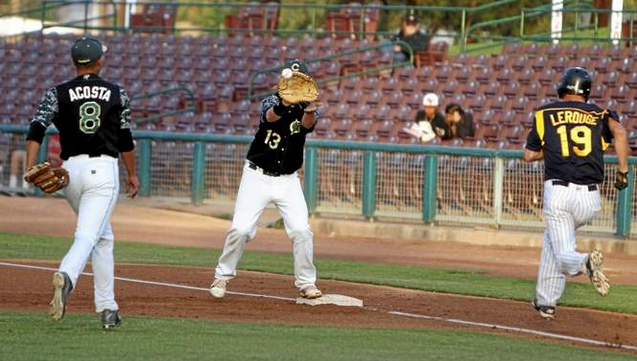 END_OF_DOCUMENT_TOKEN_TO_BE_REPLACED

Shareece Wright wants to have his fellow Colton HS alums and NFL players Jimmy Smith and Allen Bradford, to speak to schools as well. As for Wright, he said he will likely not be back with the Chargers when he becomes a free agent in March. He said he would look at states without a state income tax, such as Florida, or Texas when deciding where to sign, because money goes farther there.

Shareece Wright has spoken at several schools at the Colton district and seems to honestly want to connect with the kids, since he was one of them. This was only a minute of talk that went for several minutes, and also had some questions and answers from students and teachers.

Jermaine Curtis, above, is a Miller HS and UCLA product, who was originally drafted in the 5th round in 2008 by the St. Louis Cardinals. He had five at-bats in the big leagues with the Cardinals in 2013, and now he is with the Cincinnati Reds. He apparently has done this at several schools and seems honest about wanting to help kids. He even presented Washington High principal Peter Tanaka with one of his game-used bats.