Sunday might have been the busiest day of them all.
END_OF_DOCUMENT_TOKEN_TO_BE_REPLACED

“Got a pretty good team there, sure,” manager Mike Scioscia said.

In each case, that’s a good sign for the Angels, but the timetable is different for each player’s recovery.
END_OF_DOCUMENT_TOKEN_TO_BE_REPLACED 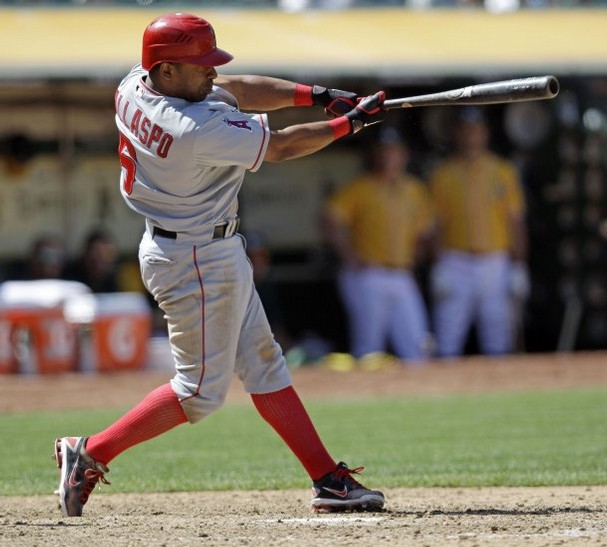 Albert Callaspo batted leadoff 12 times for the Angels in 2010, hitting .148 with a .179 on-base percentage. He returns to the top of the lineup Thursday. (Associated Press)

Mike Trout has one career start as the Angels’ number-two hitter.

Yet that’s where they’ll be batting tonight against the Oakland A’s, and for the immediate future.

It was the first thing Angels manager Mike Scioscia was asked about in his pregame media scrum. The first thing he said in response: “I think it’s just really a common sense move.”