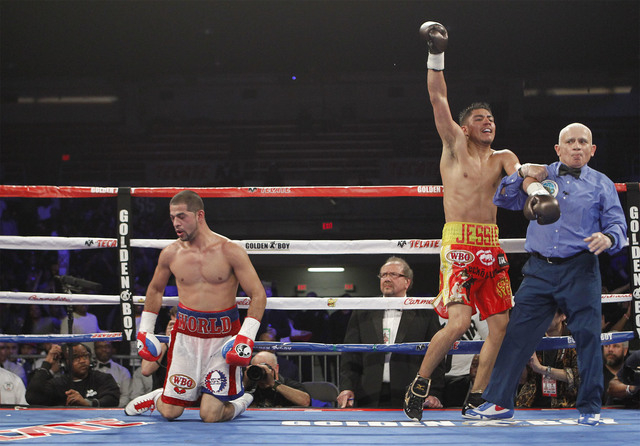 Quigley (13-0, 10 KOs), of Ireland, this past Thursday won a 10-round unanimous decision over Glen Tapia at Fantasy Springs Casino in Indio in the main event of a Golden Boy Promotions card. Golden Boy president Eric Gomez on Wednesday announced Quigley sustained a broken right hand and detached tendon early in the bout.

“Though the doctor was surprised that Jason could lift his hand, let alone win a 10-round prize-fight after breaking his hand and ‘shredding’ his tendon, this kind of heart, will and skill is what we have come to expect from Jason,” Gomez said in a statement. “He will have surgery this Friday to repair the hand and is expected to make a full recovery.”

No timeline for Quigley’s return was given.