The Lakers expressed interest on Thursday in acquiring Atlanta forward Kent Bazemore, according to league sources. But two years after Bazemore became a lost casualty of the Lakers’ heavier priority on star free agents, the Lakers will field stiff competition from other teams interested in his services.
END_OF_DOCUMENT_TOKEN_TO_BE_REPLACED

Lakers general manager Mitch Kupchak reached out to Mozgov when free agency began at 9:01 p.m. PT on Thursday. It did not take long for them to proceed from there.
END_OF_DOCUMENT_TOKEN_TO_BE_REPLACED

The Lakers extended a qualifying offer worth $2.7 million to Clarkson on Thursday. The Lakers also did the same to backup point guard Marcelo Huertas and backup center Tarik Black, with qualifying offers worth both $1.1 million.
END_OF_DOCUMENT_TOKEN_TO_BE_REPLACED

Boston free-agent shooting guard Evan Turner has expressed interest in about six NBA teams, including the Lakers and Celtics, according to league sources familiar with the situation.
END_OF_DOCUMENT_TOKEN_TO_BE_REPLACED 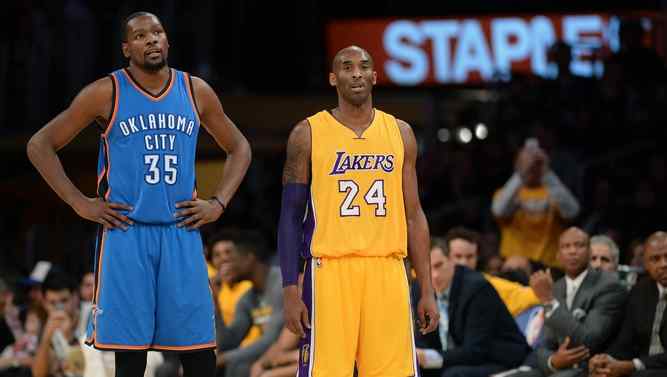 Jackson: “With Kobe, you lose one of the greatest players of all time. Certainly he is in that conversation. But now it’s an opportunity for the franchise to really turn the page and move on from Kobe. At the same time, Kobe will always be a Laker and could be an asset in helping with rebuilding the franchise. I’m sure he’ll be more than happy to help. But right now I look at the Lakers as having a clean canvas. They have a top draft pick. They can open up a lot of cap space to acquire free agents or accept in trade. They have a pretty good foundation of young players in D’Angelo Russell, Julius Randle and Jordan Clarkson in which to build around. If you’re looking to pitch, that’s the pitch. For the Lakers, for them to build the franchise the way they want, it’ll take getting that one free agent to pull the trigger and want to make the Lakers the great franchise it once was.”
END_OF_DOCUMENT_TOKEN_TO_BE_REPLACED

“Our asset allotment is better,” Kupchak said. “Our circumstances are better.”
END_OF_DOCUMENT_TOKEN_TO_BE_REPLACED