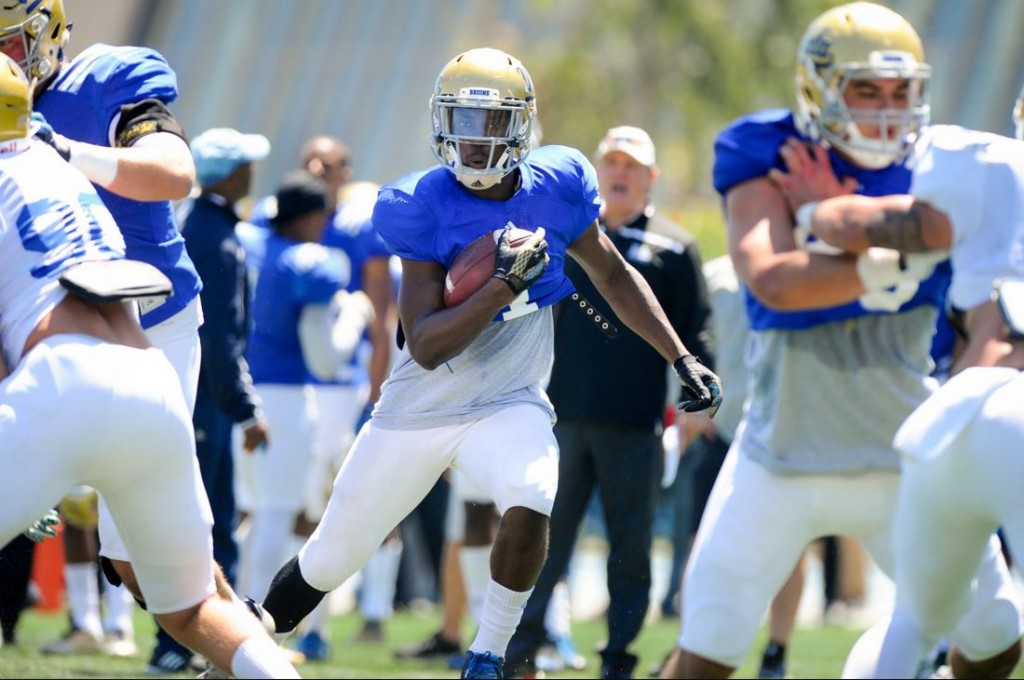 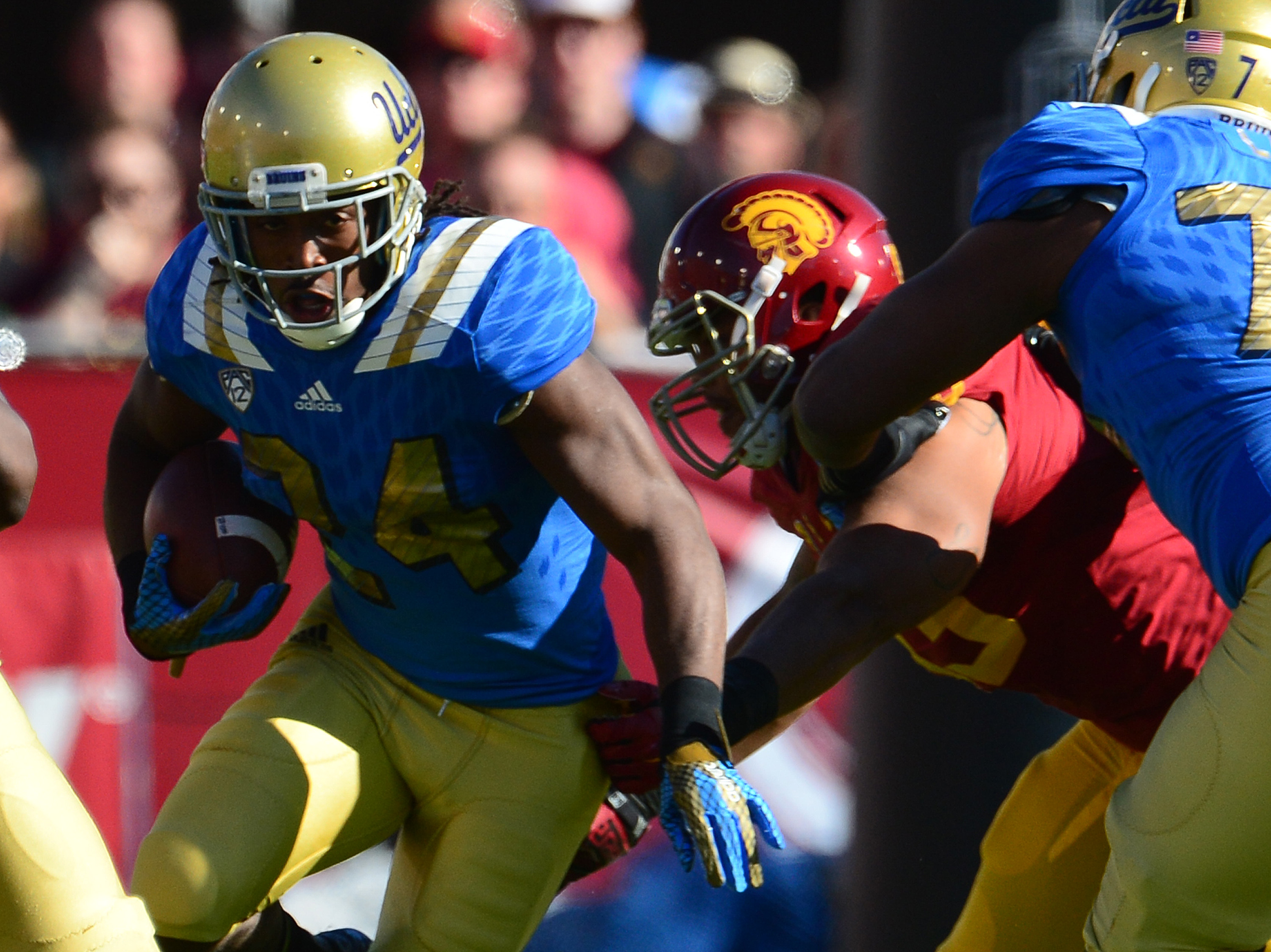 UCLA running back Paul Perkins (24) runs for yardage against Southern California during the first half of an NCAA college football game in the Los Angeles Memorial Coliseum in Los Angeles, on Saturday, Nov. 28, 2015.
(Photo by Keith Birmingham/ Pasadena Star-News)

One pick after a former teammate realized his NFL dream, former UCLA running back Paul Perkins was drafted by the New York Giants with the 10th pick in the fifth round of the NFL Draft on Saturday.

In 2014, Perkins led the Pac-12 in rushing as a redshirt sophomore with 1,575 yards, becoming the first Bruin to win the conference rushing title since DeShaun Foster did so in 2001. Perkins is third on UCLA’s all-time rushing list with 3,491 yards and leads the school in receptions from the running back position (80).

Former UCLA offensive tackle Caleb Benenoch was drafted by Tampa Bay with the ninth pick in the fifth round.