During a conference call Monday, Sanchez was asked how cool it is that he and Alvarez’s head trainer – Eddy Reynoso – are currently looked upon as top trainers, instead of say Freddie Roach and Floyd Mayweather Sr., both of whom have gotten a lot of ink in past years.

“Well, first of all, I’m extremely proud that two Mexicans are guiding the two best fighters in the sport and we are going to be meeting each other for supremacy on the 16th,” said Sanchez, a Mexican-American who grew up in West Covina. “I will be extremely happy that the fans recognize the fact that it’s not only Canelo as a Mexican, but Gennady has a Mexican style, but Eddy and I are both very proud Mexicans.” Apparently, there is no love lost between David Lemieux and Curtis Stevens. Now the hard-hitting middleweight contenders will be able to do something about that because they will tangle March 11 at Turning Stone Resort & Casino in Verona, N.Y. (on HBO).

The bout was officially announced Monday. Lemieux can’t wait to get at Stevens.

“The time for talking is done,” said Lemieux, a former world champion who lost his belt to Gennady Golovkin via eighth-round TKO in a title-unification bout in October 2015. “And after many long months of hearing Curtis yell about all the things he’s going to do in the ring, I’m really looking forward to shutting his mouth on March 11.”

Stevens has had one shot at a world title, but he was stopped after eight rounds by Golovkin in November 2013. Stevens is ranked as high as No. 3 in the world by one organization, the same of which ranks Lemieux No. 4.

“The wait is finally over,” Stevens said. “No more talking. My hands will do the talking on March 11.”

The bout will be co-promoted by Oscar De La Hoya’s Golden Boy Promotions and Main Events. De La Hoya believes the dislike Lemieux and Stevens have for one another is very real.

“You often see fighters pretend not to like each other to help draw an audience,” said De La Hoya, who promotes Lemieux. “These two guys aren’t faking it; they don’t like each other at all. Given the thunder each holds in both hands, and their desire to make a statement in the middleweight division, I think fans are going to be in for a knockout – a spectacular one at that.” 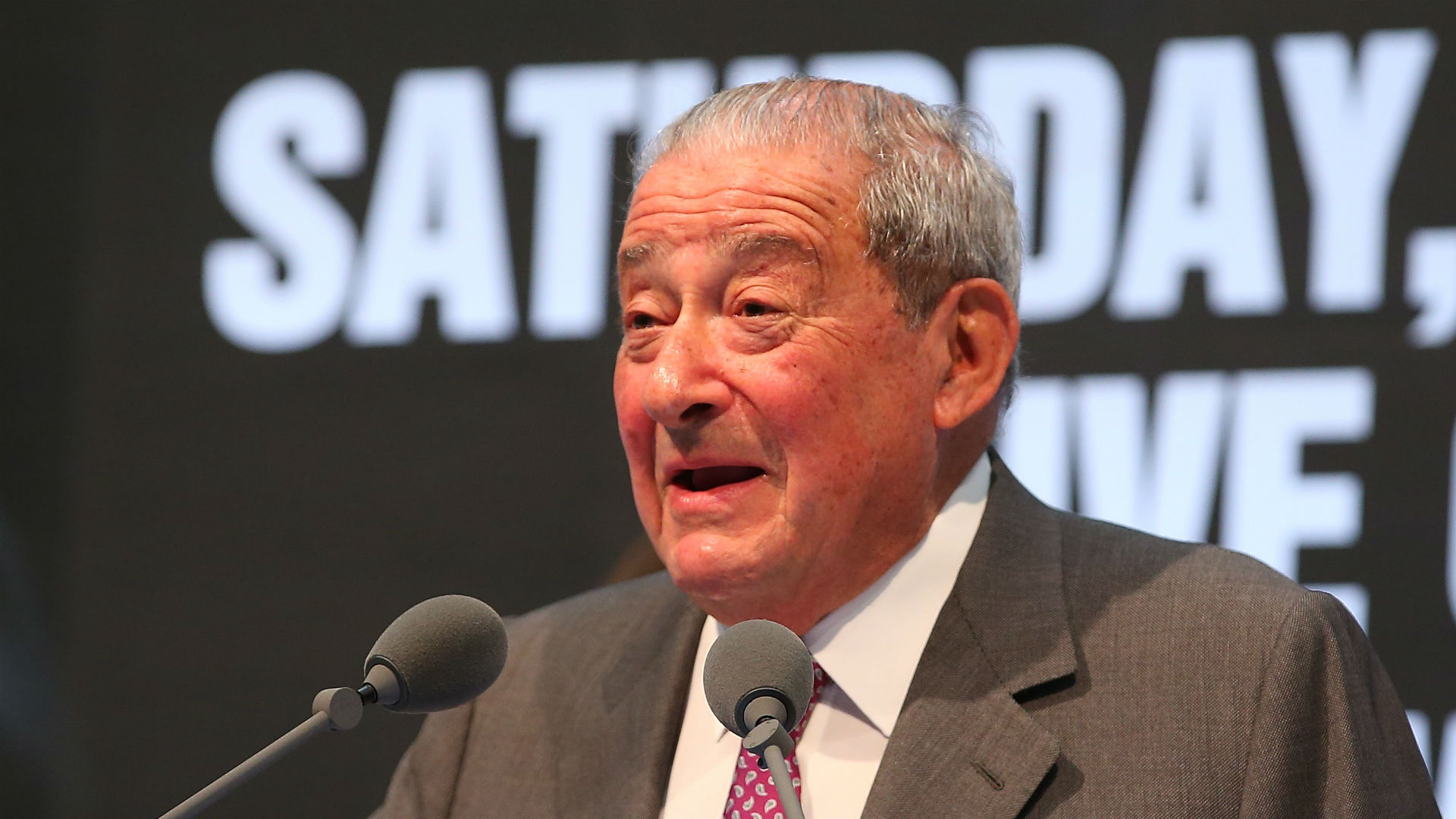 Not one to miss an opportunity, Arum closed the proceedings by talking about how alive and well boxing is – contrary to what some think. It wasn’t long ago that an L.A.-area columnist (not from this newspaper) who doesn’t even cover boxing said boxing was dead.

“Boxing not only isn’t dead, but it’s on the cusp of a great resurgence,” Arum said on the dais at the Conga Room. “You have all of these great, young fighters from the United States, from Mexico and from all around the world who are coming to the world stage.”

While pondering that, just think of all the terrific fighters not from the U.S. or Mexico making a big splash here these days. We’re talking the likes of Gennady Golovkin, Vasyl Lomachenko, Sergey Kovalev, Kell Brook and Carl Frampton to name just five.

“We are on the cusp of really a time in boxing where people all around the world will join together to watch our great athletes perform,” Arum said.

The main undercard fight for Pacqjuiao-Vargas will have Nonito Donaire (37-3, 24 KOs) of San Leandro via the Philippines defending his super bantamweight belt against Jessie Magdaleno (23-0, 17 KOs) of Las Vegas.