Anthony Brown’s journey with the Lakers has been hot and cold to say the least. On Friday, he made his second start of the season and recorded five points and five rebounds against Philadelphia.

On Saturday afternoon, he was assigned back to the D-League and will be in uniform for the D-Fenders’ game against the Bakersfield Jam.

It has been that kind of journey for Brown so far but the rookie from Stanford is starting to find his groove and maximize his time on the court, no matter how limited.

“Every game for me, I feel like I’m getting more comfortable,” Brown said Saturday, “First time I was out there against [Oklahoma City], the game was moving so fast for me and now it’s starting to slow down a bit game by game.”

Aside from his starts, Brown has only played more than 20 minutes once in his nine games this season. His first start saw him thrown into the fire guarding Kevin Durant but against Philadelphia, he showed a glimpse of his shooting touch making his lone 3-point attempt.

He only attempted three shots all game but found ways to make affect the game with his defense and rebounding, something that impressed head coach Byron Scott.

“He took what the defense gave him and didn’t try to force anything. He did the exact thing, we wanted him to do, which was guard,” Scott said. “He just needs more time and he’ll get that. His experience with just being in school for four years I think absolutely helps him out.”

Scott did said that Brown could eventually find his way into getting more minutes as a full-time backup, although the timetable for that has yet to be determined. Until then, Brown,who was an standout player at Ocean View High School, is learning how to adjust and thrive when he can.

“I’m just trying to make an impact anyway I can. Shooting, defense, rebounding,” Brown said, “I just have to be ready for my shot knowing that I’m not going to get a ton of shots.”

The Lakers started their free agency off on an awful note, a two-hour meeting with LaMarcus Aldridge leaving him frustrated that they focused more on marketing glitz than X’s and O’s substance. The Lakers also missed out on their next target in Greg Monroe, who agreed to a three-year, $50 million deal with the Milwaukee Bucks.

But even if he turned down the Lakers less than 24 hours after meeting them for two hours in Washington D.C. on July 1, Monroe had nothing to complain about the Lakers’ pitch.

END_OF_DOCUMENT_TOKEN_TO_BE_REPLACED

“Guys sometimes want the ball in their hands and they don’t trust making passes to other guys. We have to get to the point where the ball doesn’t stick and we find open guys,” Scott said. “When you have young guys that are so used to having the ball, getting rid of it is sometimes an issue. That’s what we’re trying to break.”
END_OF_DOCUMENT_TOKEN_TO_BE_REPLACED

END_OF_DOCUMENT_TOKEN_TO_BE_REPLACED

SAN DIEGO — It took eleven years for Marcelo Huertas to excel on the hardwood in Spain before it became good enough for an NBA team to offer him a contract. It took two weeks before Huertas healed enough from a strained right hamstring before he could show the Lakers’ brass what he could do against an NBA opponent. And it took only one NBA game for Huertas to leave a positive impression.

In the Lakers’ 85-70 victory against Golden State on Saturday that ended with 2:16 left in the third quarter, Huertas posted four points and six assists in 12 minutes off the bench. As a 32-year-old Brazilian point guard, Huertas made up for lost time by accelerating his familiarity with teammates and improving his chances with staying on the roster on a non-guaranteed contract.

“It’s important to know how each of them play so I can find them on the court,” Huertas said. “I’m a guy that is pretty unselfish. I like to share the ball and make other people happy. If I get them happy, they’re probably happy back at me.”
END_OF_DOCUMENT_TOKEN_TO_BE_REPLACED 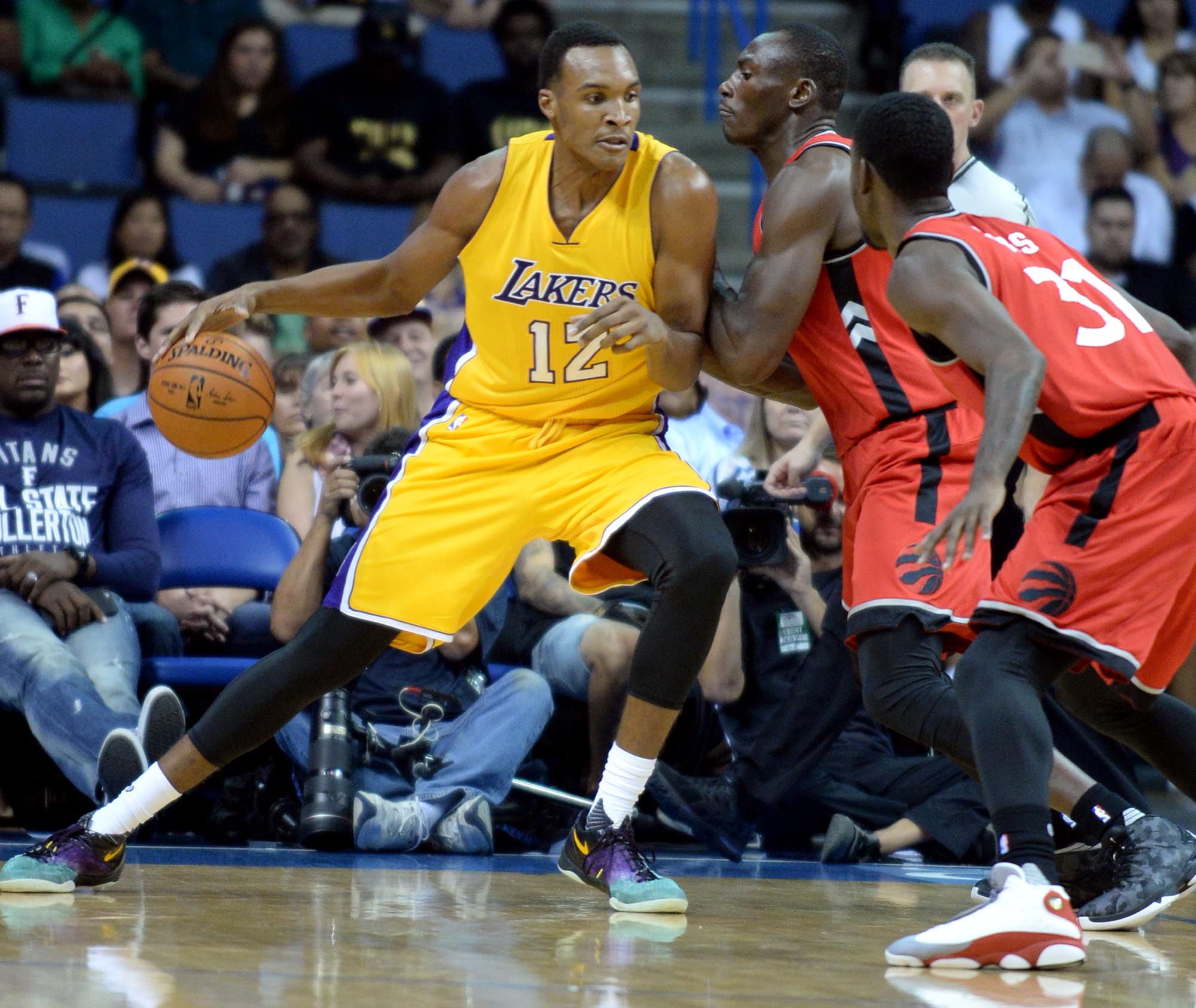 “He was okay,” Scott said. “He made a ton of mistakes on both ends of the floor. That’s probably to be expected in his first game.”
END_OF_DOCUMENT_TOKEN_TO_BE_REPLACED

END_OF_DOCUMENT_TOKEN_TO_BE_REPLACED 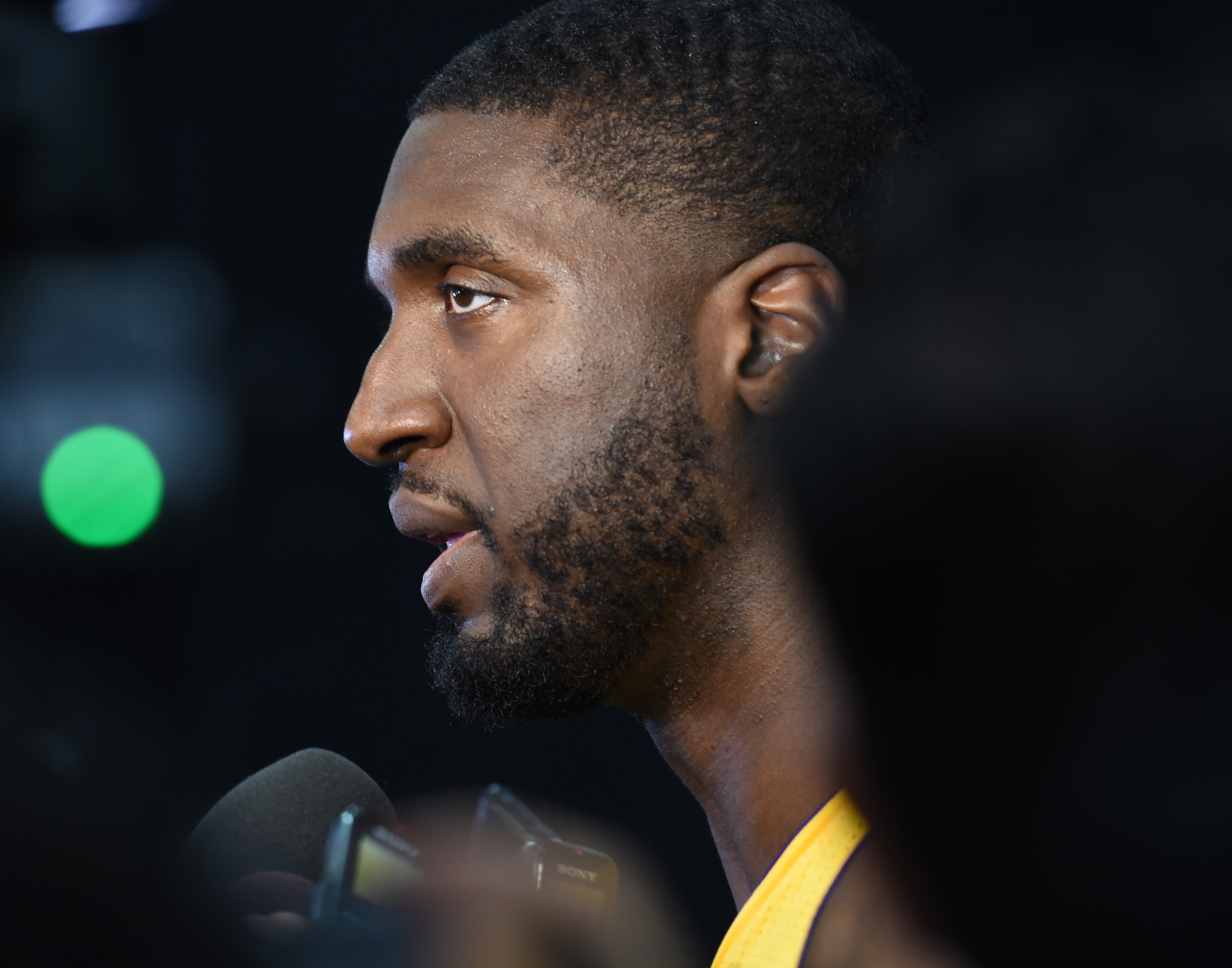