CHICAGO — Utility player Kiké Hernández and pitcher Alex Wood were added to the Dodgers’ roster for the National League Championship Series on Saturday. They replace infielder Charlie Culberson and utility player Austin Barnes, and give the Dodgers 12 pitchers and 13 position players for the best-of-seven series.
END_OF_DOCUMENT_TOKEN_TO_BE_REPLACED

END_OF_DOCUMENT_TOKEN_TO_BE_REPLACED

Barnes went 1 for 4 with a double in his latest cup of coffee with the Dodgers, which consisted of four games.

Hernandez missed 26 games with inflammation in his left ribcage. He’s seen time at second base, third base, shortstop, center field, left field and designated hitter this season. Hernandez is slashing .189/.280/.346 in 65 games.

Here are both lineup for the 1 p.m. game:
END_OF_DOCUMENT_TOKEN_TO_BE_REPLACED 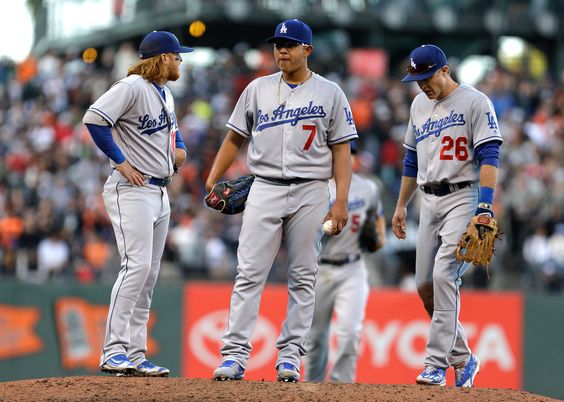 But the Dodgers were attempting to limit Urias’ innings by working him out of the Oklahoma City bullpen when he was summoned for his spot start Thursday. A return to the Triple-A bullpen is likely next.
END_OF_DOCUMENT_TOKEN_TO_BE_REPLACED