END_OF_DOCUMENT_TOKEN_TO_BE_REPLACED

Dodgers second baseman Chase Utley has been selected as this year’s winner of the annual Roy Campanella Award.

The award is given annually to the Dodgers player “who best exemplifies the spirit and leadership” of the late Hall of Fame catcher Roy Campanella. The award is voted on by the Dodgers’ uniformed personnel, players, and coaches. The award has been given out every year since 2006.

Utley will be presented with the award prior to Saturday’s game. 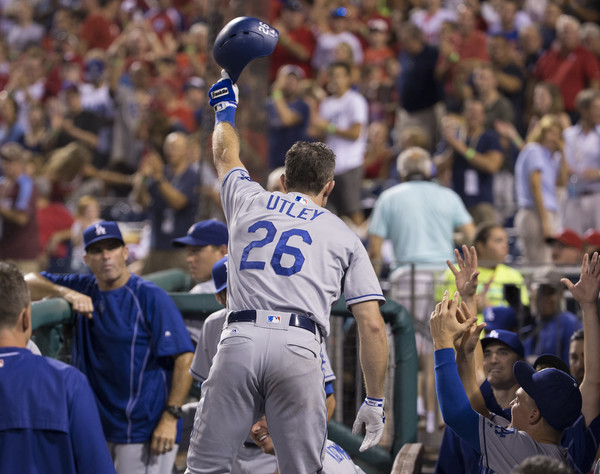